It was a big day in the Northland for some student-athletes as they signed on the dotted line for the next chapter of their athletic careers.

At Cloquet high school, it was a perfect day for Karson Patten to commit to his future, signing his national letter of intent to play collegiate golf for Minnesota State Mankato.

“I really love the campus and I loved the workout stuff they had. They have their own workout room for athletes, their own physical trainer and their own workout coach. They just had everything I was looking for. Having Sam Baker to be there, to be able to compete against him every day, I can’t even imagine how much better it could be,” says Patten. In his state match this past June, Patten scored 149 to finish in sixth place.

Several more Northlanders put pen to paper today. Esko’s Cole Haugen will also be heading to MSU-Mankato but for baseball.

Grand Rapids saw a trio of signings with Taryn Hamling for North Dakota State University for basketball, Caroline Ahcan with St. Ben’s University for lacrosse, and Abbey Birkey with Macalester College for soccer. 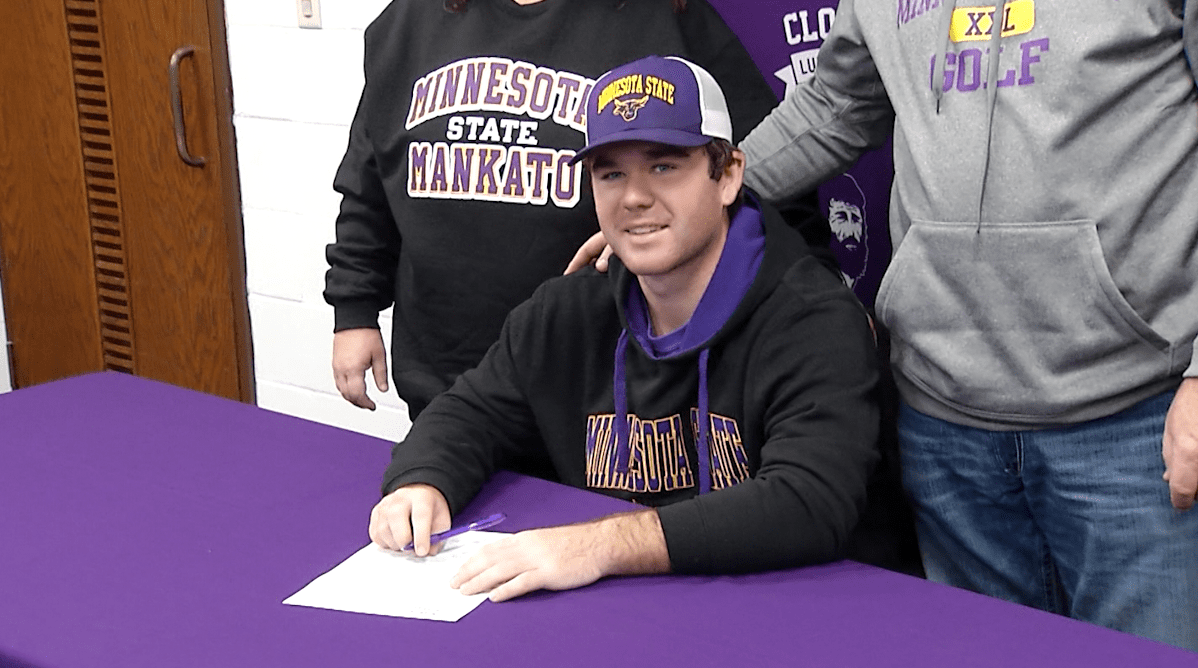 Liv Birkeand from Hermantown will be joining Minnesota State University-Moorhead track and field.