No.8 UMD women’s hockey sweeps weekend against No.2 Wisconsin 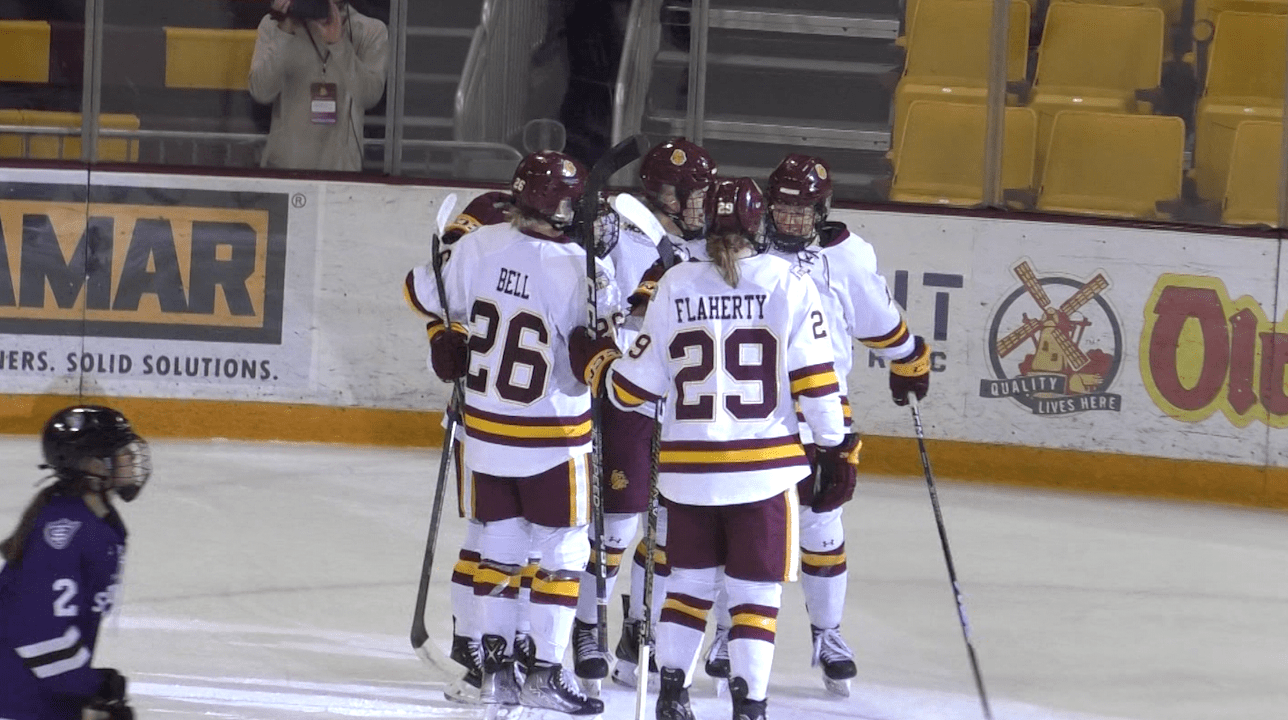 The No.8 University of Minnesota Duluth (UMD) women’s hockey team was looking for a weekend sweep against No.2 Wisconsin, after a 3-1 win on Saturday.

Annika Linser scored the only goal of the game as UMD won 1-0.

“Defense was locked in, everybody did her job. None bigger than Soderberg and that with 120 minutes one goal against and that came pretty early in yesterday’s game. So it starts there and it worked its way out,” stated head coach Maura Crowell.

Marking the fourth ever in Madison in program history.

“I thought we just did a really good job of taking advantage of our opportunities offensively when we had them. I think it’s extremely encouraging for the rest of the semester and where our team can go,” concluded Crowell.