No. 10 UMD men’s hockey bested by the Badgers at home

On Friday the Wisconsin Badgers scored three unanswered goals to best the No. 10 University of Minnesota Duluth men’s hockey team 5-2 in their series opener at AMSOIL Arena.

The Bulldogs would strike first in the first period with a power play goal from Luke Loheit. Then the Badgers piled two on to lead 2-1 after one.

Right off the top of the second period, on a power play, Blake Biondi tapped in a shot by Isaac Howard to score his first goal of the season and tie the game 2-2.

However the rest of the night was all Wisconsin. Zach Stejskal would finish the night with 31 saves for the Bulldogs.

UMD (2-3) will look for revenge in their series finale Saturday. Puck drop is set for 6 p.m. 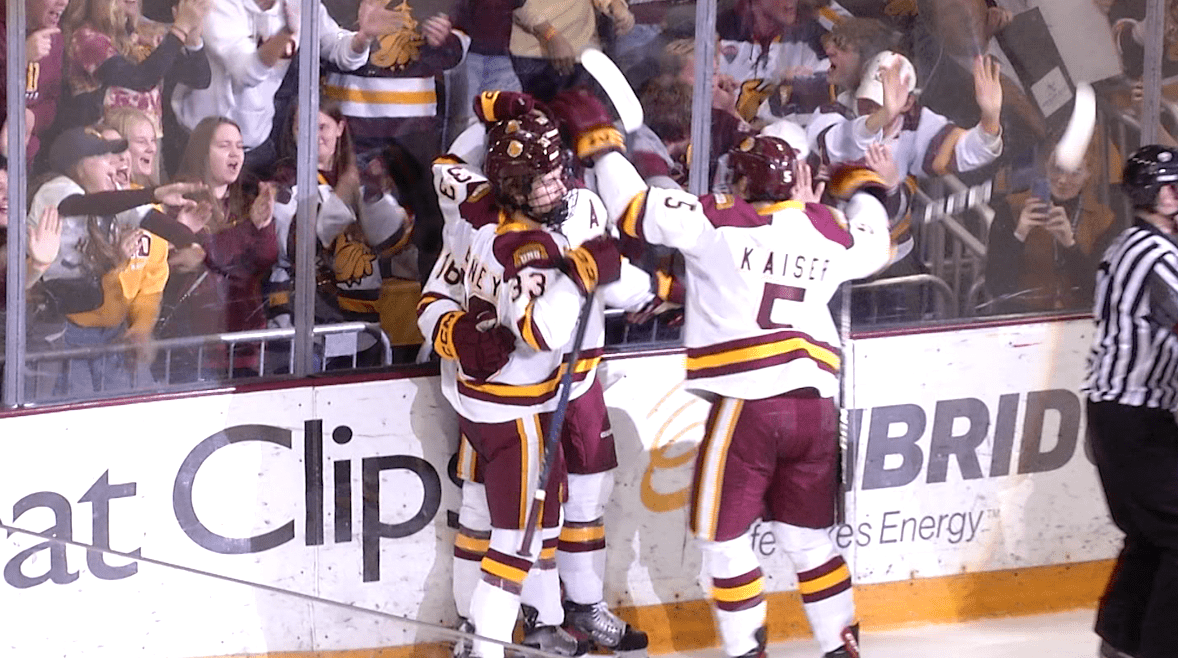