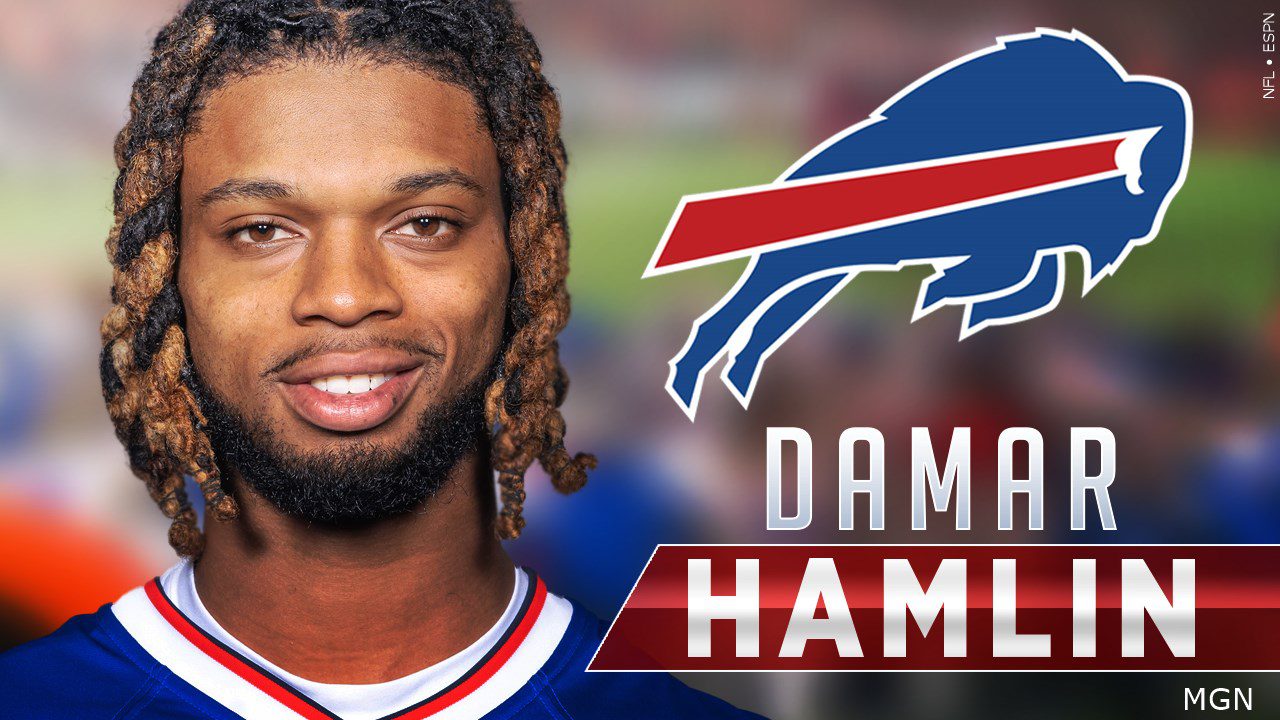 Damar Hamlin’s recovery is moving in “a positive direction” two days after the Buffalo Bills safety collapsed and went into cardiac arrest during a game against Cincinnati, the player’s marketing representative said Wednesday.

“We all remain optimistic,” Jordon Rooney, a family spokesman who described himself as a good friend of the player, told The Associated Press by phone. He said he was unable to go into further detail on Hamlin’s status at the request of his family not to provide specifics.

The Bills said Wednesday that Hamlin remained hospitalized in critical condition but displayed signs of improvement on Tuesday and overnight. They said he was expected to remain in intensive care as his medical team continued to monitor and treat him.

Rooney said Hamlin’s family was staying positive and buoyed by the outpouring of worldwide support the second-year Bills player has received since his heart stopped and he was resuscitated on the field before being loaded into an ambulance and transported the University of Cincinnati Medical Center.

“They are elated right now,” Rooney said. “Damar is still their first concern. But for them, they always look at how they can turn a somewhat troubling situation into a good one. The bounce back from this, for him and his family is going to be incredible.”

Rooney’s update came after Hamlin’s uncle, Dorrian Glenn, told numerous media outlets Tuesday night there were some encouraging signs in his nephew’s progress, such as doctors lowering the level of oxygen Hamlin needs from 100% to 50%.

“He’s still sedated right now,” Glenn told CNN. “They just want him to have a better chance of recovering better. So, they feel that if he’s sedated, his body can heal a lot faster than if he was woke and possibly cause other complications.”

Rooney did say there was a misunderstanding when Glenn said Hamlin had to be resuscitated twice. Rooney said that “isn’t exactly true,” without going into detail.

The chilling scene of Hamlin’s collapse, which played out in front of a North American television audience on ESPN’s “Monday Night Football,” has put the NFL on hold, with the pivotal game suspended indefinitely. The Kansas Chiefs are battling with the Bills and Bengals for the No. 1 seed in the AFC.

The NFL is still considering various options following the suspension of the Bills-Bengals game, including possibly eliminating the bye week before the Super Bowl.

The Bills-Patriots game set for Sunday and the rest of the Week 18 games remain on schedule.

The pivotal Bills-Bengals game was suspended Monday night after Buffalo safety Damar Hamlin went into cardiac arrest while making a tackle in the first quarter. A marketing representative for his family says Hamlin’s recovery is moving in “a positive direction” two days after the 24-year-old player had to be resuscitated on the field.

The Bills are scheduled to hold team meetings and a walkthrough practice without any media availability on Wednesday.

NFL executive Jeff Miller said there has been no decision on whether to resume the Bills-Bengals game at a later date. A decision will be made in the coming days.