There the University of Minnesota Duluth (UMD) men’s hockey team, and other member schools, were introduced to the new NCHC commissioner Heather Weems.

During her State of the Conference Address Weems discussed the established power that is her new home, the NCHC.

“While it is ill advised to rest on our laurels the anniversary does give us pause to celebrate our successes. We are producing champions. Five NCAA national championships all within the last six NCAA tournaments.”

Weems was named as Josh Fenton’s replacemenet this May, now becoming the first woman to serve as the NCHC commissioner. 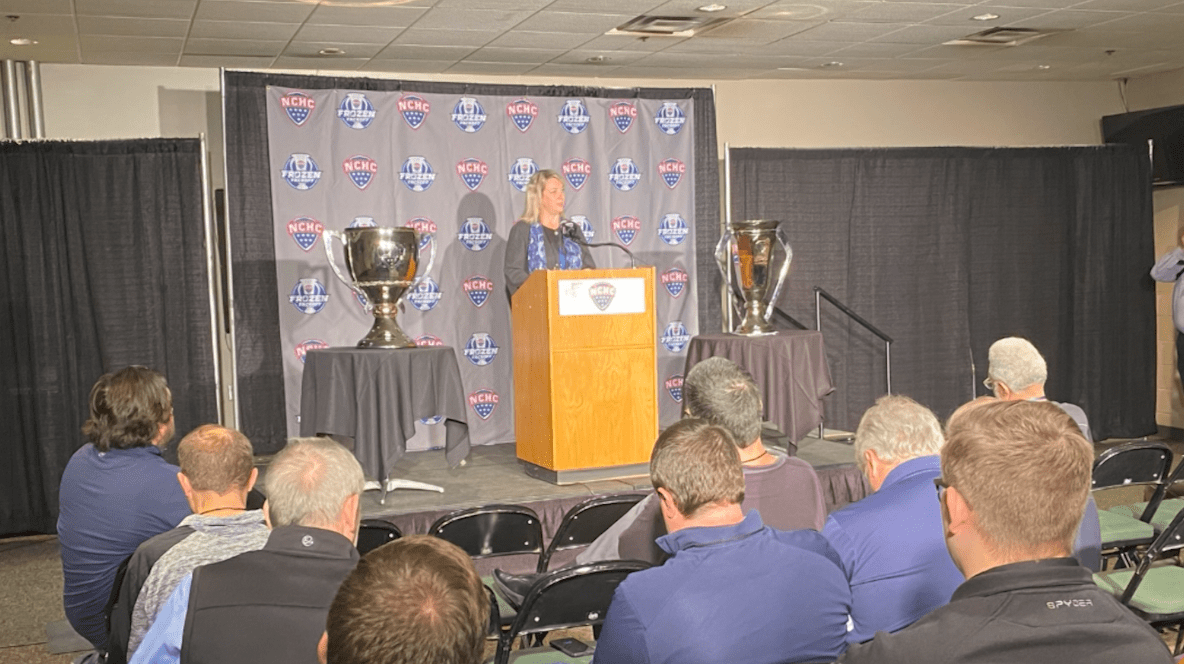 UMD opens their conference season November 4 at Colorado College. Their season opener is October 1 as they host Arizona State University.