Late goal not enough to push No. 8 UMD women’s hockey past No. 1 Ohio State

Kylie Hanley scored in the final minute of the game on Friday afternoon but that wasn’t enough to propel the No. 8 University of Minnesota Duluth (UMD) women’s hockey team past top-ranked Ohio State University (OSU). The Buckeyes would secure the 2-1 win at AMSOIL Arena.

OSU scored late in the first and third periods with UMD holding them scoreless in the second. Bulldog netminder Emma Soderberg made 25 saves to her counterpart Raygan Kirk’s 33.

The Bulldogs are now 0-3 against the reigning national champions so far this regular season. They will get a shot at revenge in the series finale Saturday at 3 p.m. 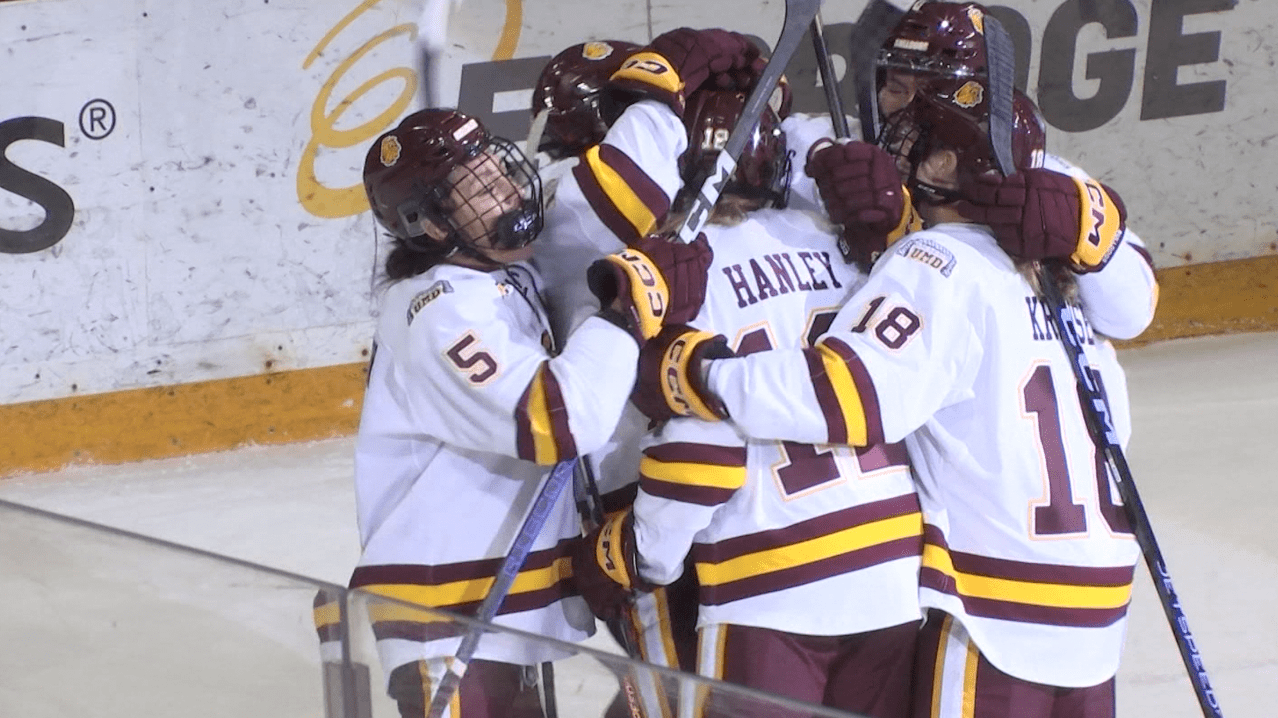