For the third straight Hlinka Gretzky Cup a Hermantown Hawk is on the roster. Wednesday USA Hockey named Ty Hanson to their U.S. Under-18 Men’s Select Team.

He follows the likes of former Hawk Blake Biondi and fellow Hawk Zam Plante, who skated in the Cup in 2019 and 2021 respectively.

A University of Minnesota Duluth (UMD) commit, Hanson is one of eight defensemen on the 24-player team. A junior at Hermantown last season, he helped the Hawks to a Class A state title tallying 15 goals and 30 assists in 31 games.

The 2022 Hlinka Gretzky Cup, an annual best-on-best U18 tournament, is being held in Red Deer, Alberta, Canada. For the tournament schedule or full roster, Click Here. 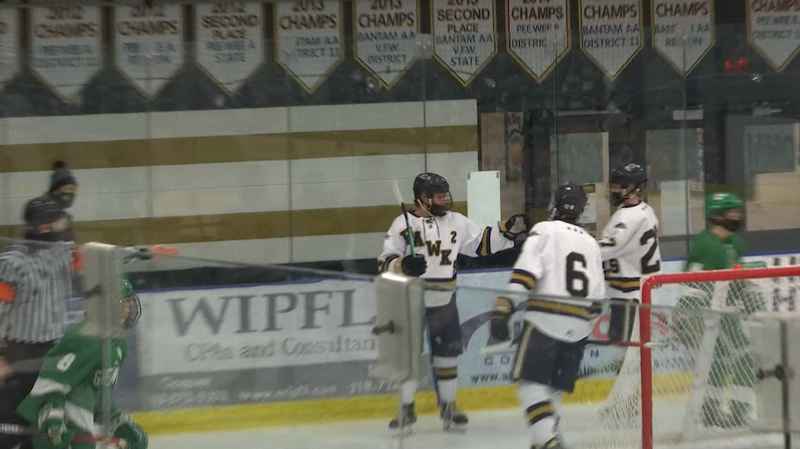