Hermantown hits the outdoor rinks ahead of Hockey Day Minnesota

Outdoor hockey is a celebrated tradition in Minnesota, quite literally in the form of Hockey Day Minnesota.

In 2010 Hermantown hosted Hockey Day and this Saturday, for the first time since then, they’ll skate back to the pond party in White Bear Lake.

“I remember I played a mite game before the high schoolers here in 2010. Growing up we idolized all those guys and watched them, thought it was the coolest thing ever, so it’s kind of surreal to be part of it now,” senior George Peterson said.

Wednesday, in falling flurries, the Hawks took to their own outdoor rinks to practice for the outside games.

“Got to wear lots of layers, that’s all. We’ve put thousands of hours on these rinks, so nothing new for us,” Peterson said. 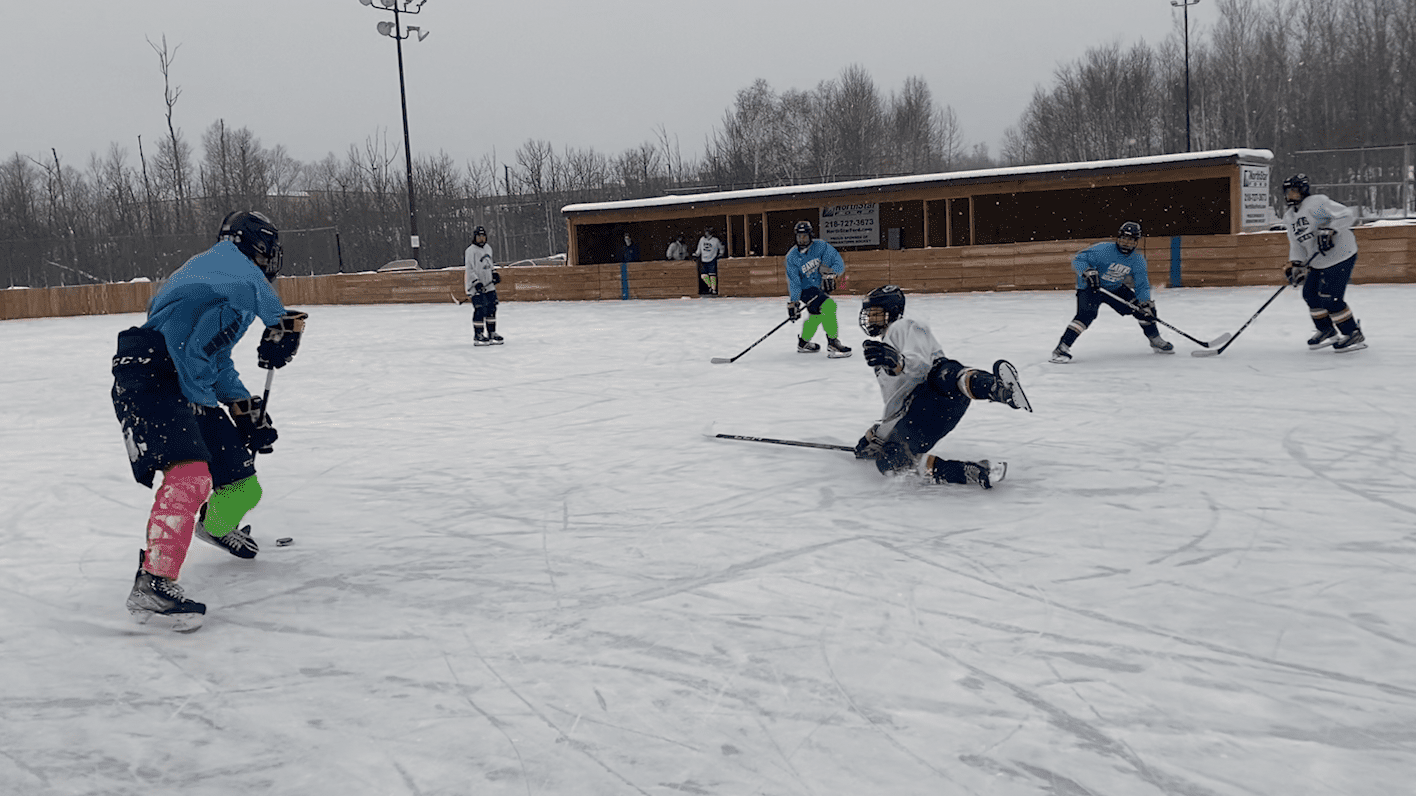 Hermantown even debuted a new logo paying homage to an old welcome sign for their outdoor arena.

The Hawks 17th annual Hockey Day foe will be Mahtomedi, a team that bested them in the Class A championship game in 2020.

“I think {Hockey Day} is a game that kind of is representative of what it’s like to live here,” Hermantown head coach Patrick Andrews said. “It’s a hard game. It’s physical. It’s tough. Just like you got to go out and shovel, you don’t get out of the driveway, you got to put a shift in. Just the fact that hockey is very blue collar, like you play it in shifts, just kind of that idea of that blue collar mentality.”

Hermantown and Mahtomedi will face off Saturday, January 28 at 1 p.m. at Polar Lake Park.

The hosts of White Bear Lake will battle Hill Murray at 4:30 p.m.