After a summer of celebration, the defending Class A state champion Hermantown boy’s hockey team returned to work for the first week of practice.

While they’re minus two pieces to their title puzzle in Zam and Max Plante, who have moved to play hockey in Chicago and with the U.S. National Development Program, the Hawks are hungry to get back to the top of the mountain.

“We have a new team this year. We’re all competitive, you know. We got to keep that competitiveness up and then go into the season hungry,” said senior assistant captain Wyatt Carlson. 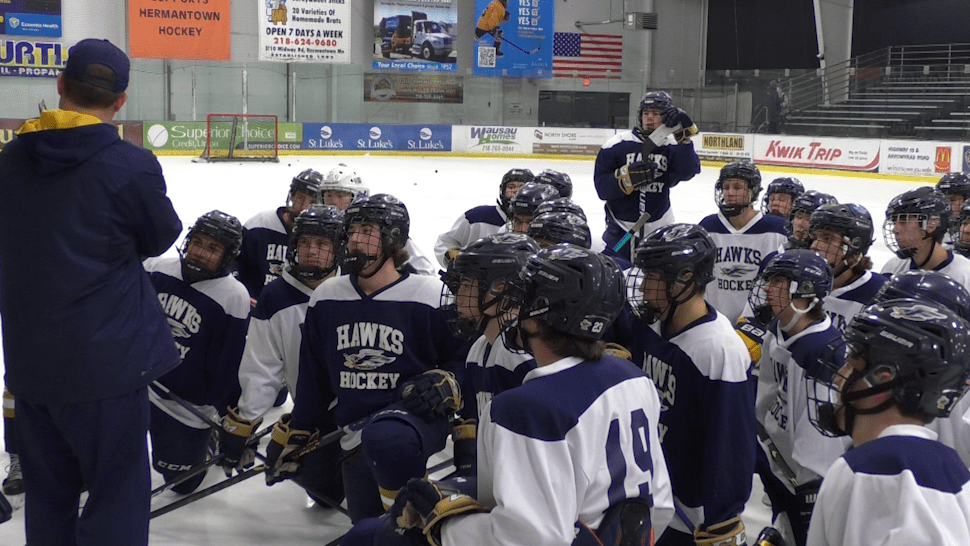 The team’s title defense opens in three weeks on December 2 when they are set to battle Cretin-Derham Hall in Eden Prairie.