Gabbie Hughes talks her 200th point, No. 6 UMD preps for No. 3 Minnesota

“It’s definitely still with me,” Hughes said. “It’s unbelievable to get that accomplishment. It’s something I don’t think I’ll ever just be satisfied and be able to put behind me, but definitely focusing on the next one and trying to get better every single day.”

UMD suffered the road sweep to the Gophers back in November falling 3-2 then 5-3, but say they’ve grown a lot since then. 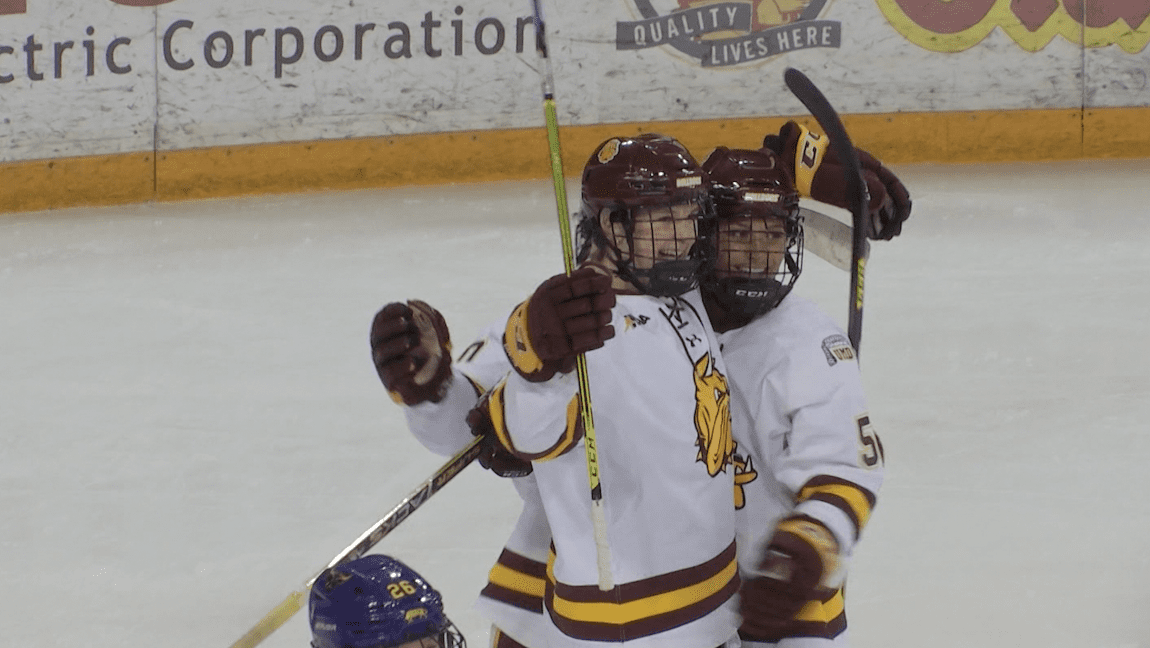 “We’ve done a better job of finding the back of the net for sure. I think we’re in better shape, I think we are moving faster and endurance is better. Special teams has been better, especially the penalty kill,” head coach Maura Crowell explained.

UMD skates a nine game unbeaten streak into the Gophers series. Face off is at 3pm Friday and Saturday at AMSOIL Arena.

Tickets are $5 if purchased online.