After falling in the Class AAA semifinals last year, 21-14 against Dassel-Cokato, the Esko football team kicked off on their next campaign on Monday.

Now with a ton of experience and the drive to get back to the state tournament once again, the team is ready to get started.

“Well the kids really did that, it was them. They were in the weight room the next day already after that loss. The team are really focused on just this season, and making the most of it. Once they got a taste of it I really didn’t have to say much, they were really motivated,” said Head Coach Scott Arntson.

“A lot of the work is already done in the off-season so we just want to put that together,” senior wide receiver Owen Wilson said. “The feeling of losing, we don’t want that again we want to win it.”

The Eskomos come into this season with a total of 13 seniors, using last years experience to help them lead in the present. 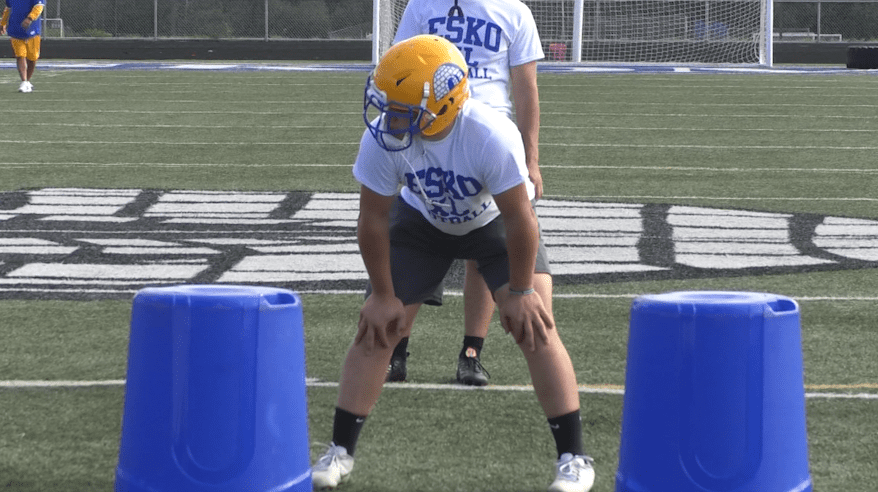 “It was one of the best times of my life, it was a lot of fun. Even though we lost I look back at it and still had a lot of fun. I obviously want to build off that and win a state championship,” claimed senior running back Nolan Witt.

Esko is set to kick off their season Friday, September 2nd on the road for a non-conference game against Denfeld.