On Wednesday the College of St. Scholastica (CSS) women’s soccer team played the University of Wisconsin-River Falls to a 1-1 draw in Duluth.

The Falcons scored first late in the first half with a goal from Shelby Hewitt. Then right away in the second half Tenley Voth scored for the Saints tying it up at the 46th minute.

That would be the final score as CSS improved their unbeaten stretch to four games. They now sit 2-7-4 overall and 1-3-3 in conference play. 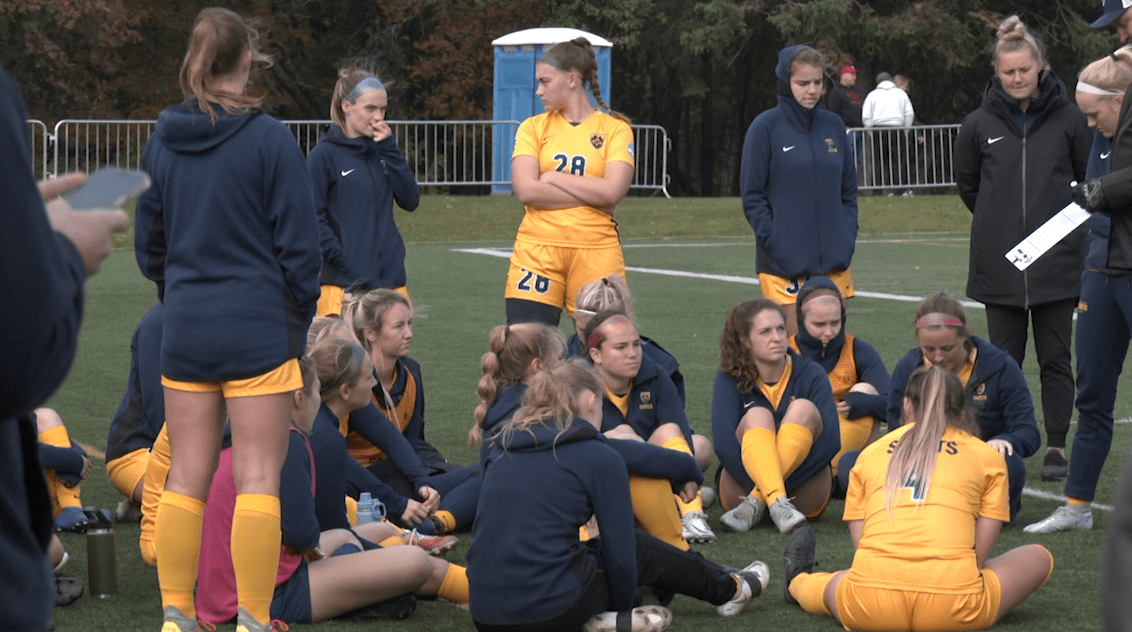 CSS women's soccer huddles ahead of their home match Wednesday.