In order stay number one as they begin the playoff push, the Bluegreens’ focus will be notching wins in all four of their remaining regular season matches.

"Everybody is really comfortable on the ball and everybody has really bought in to the way that we want to play, and pulling in the same directions" head coach Sean Morgan explained. "We’ve been able to rotate people and go with different teams, and different matchups, and different games throughout the season. It’s really benefited us because games come thick and fast and it’s tough to keep everybody 100 percent."

Heading into Wednesday Duluth FC sat 9-1 on the season holding 27 league points. In the evening they kicked off their regular season road finale visiting the 4th place Dakota Fusion, however Duluth would fall 3-1 to drop to 9-2 overall on the season.

The Bluegreens’ final three regular season games will held be at Public Schools Stadium in Duluth. For their schedule, click here. 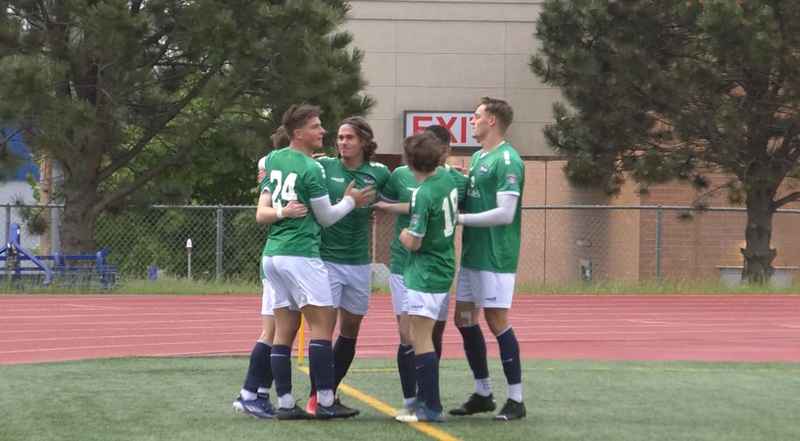 Duluth FC celebrates after a goal.[WDIO]