Among those announcing their collegiate commitments was Duluth East’s Charlie Sutherland who’s taking his baseball career to the Division I joining the Minnesota Gophers.

“Obviously it’s a great feeling,” Sutherland shared. “It’s the thing that you dream for as a kid. You’re thinking that’s obviously the end goal, and the fact that I’ve gotten the opportunity to do that is a really great feeling. All the pressure is off with trying to find a home, I have my home and now I can just have fun playing the sport that I love.”

A two year captain and three year starter for the Greyhounds he hit .424 with four home runs and 21 RBI in 59 at bats as a junior last spring, leading the team in almost all offensive categories.

Joining him signing their National Letters of Intent (NLI) at Duluth East were Oliver Miatke, Ashlynne Guenther, and Rachel Hagen. 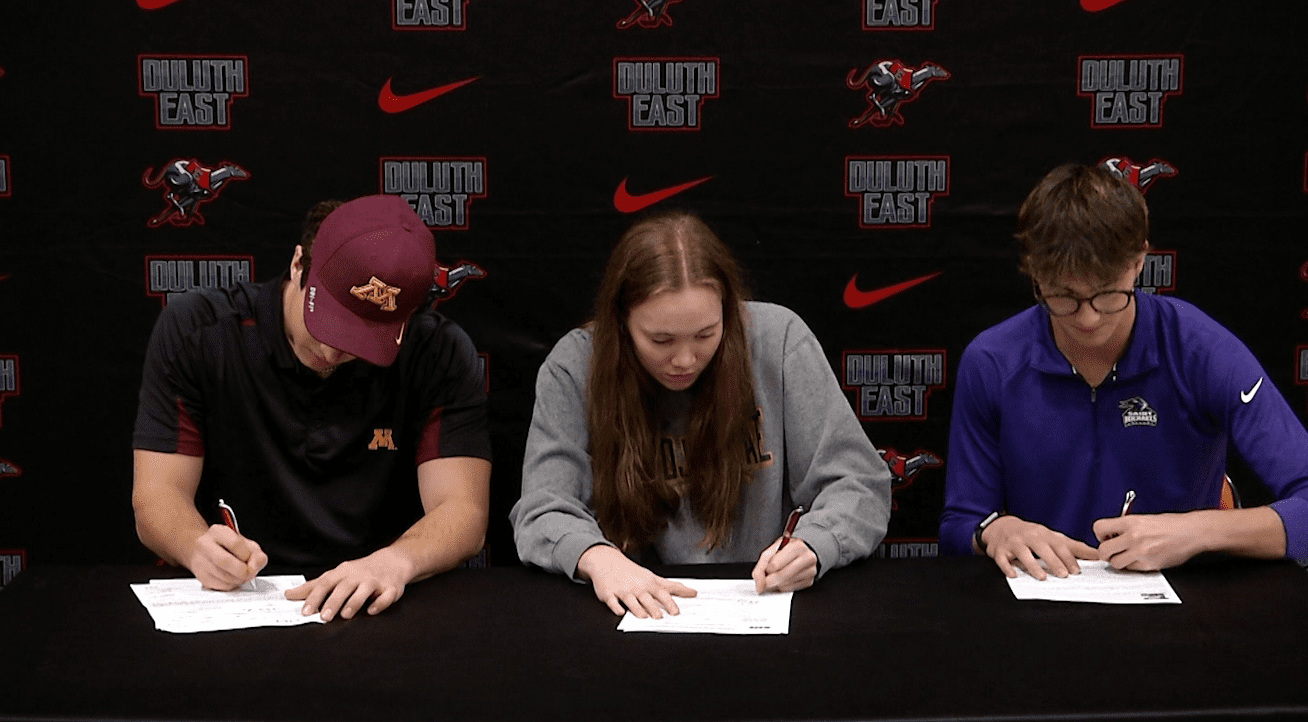 Miatke will be Nordic skiing at St. Michael’s College after qualifying for state the past three years, finishg 18th last winter, and qualifying for the Junior National Team in 2021 placing in the top 50.

Guenther served as a six year starter and four year captain with the Greyhounds, leading the team in scoring the past three years tallying 1,567 career points and 918 rebounds. A senior captain Hagen averaged 15.4 points and 10.5 rebounds last year battling two knee surgeries in her career.

Superior’s Emma Raye officially signed her NLI to play on the Division I diamond for Northwestern University. A junior last season she led the Spartans in RBI with 24, runs with 31, and hits with 40.

“I love the environment and I love the coaches that coach the team,” Zembo shared. “I went to a couple games and it just felt like so welcoming to be around all the players.”

“I picked Northwestern just because of the environment. “It’s a great school academically and they’ve thrived in softball in the past so I just knew it was a great fit,” Raye said.

Raye was also named the Wisconsin Fastpitch Softball Coaches Association’s Division 1 Player of the Year for 2022.