Defense key as No. 4 UMD opens road play at No. 5 MSU-Mankato

MSU took game two behind a game-winner from, who else but Coach Sandelin’s son, senior forward Ryan Sandelin. Click the video box below for Sandelin’s thoughts on facing his son again.

Now defense will be key for UMD as they enter their opponent’s element.

“I don’t know a ton about them honestly,” graduate defender Derek Daschke said. “I know they have a lot of players who put up a lot of points. They have a lot of guys coming back, they have a couple of really talented defensemen. Their first, I think, two lines are all coming back. It’s important for me as an older guy to kind of take the lead and just keep it simple early and try to build off that.” 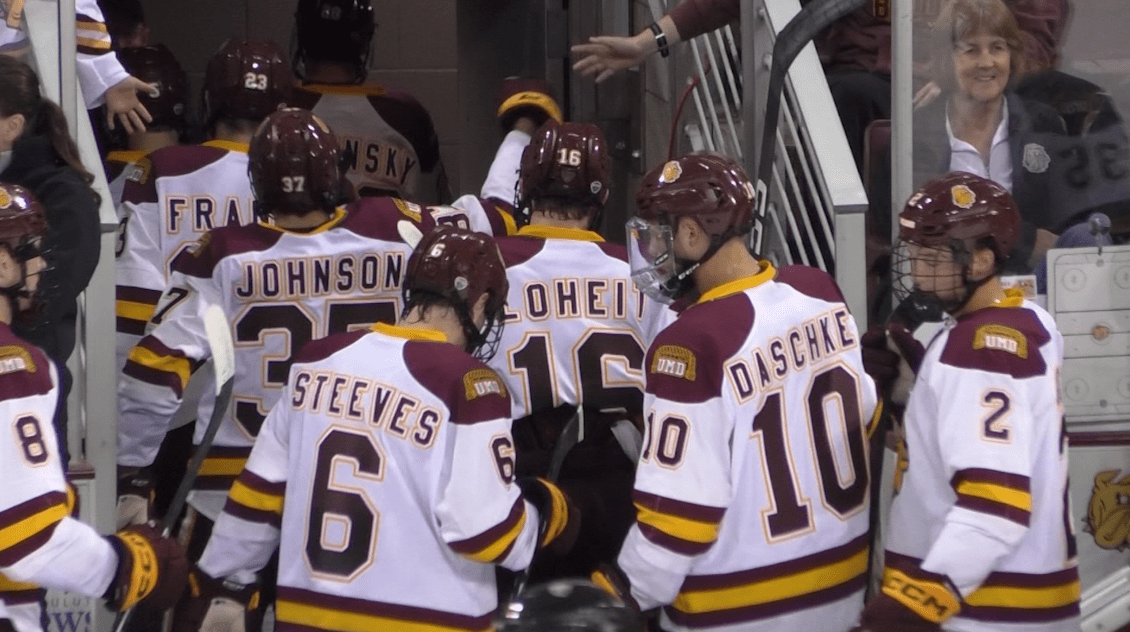 Since going 0-2 against MSU last year, UMD has beefed up their defense with the addition of Daschke, a graduate transfer and former captain at Miami University (Ohio).

The Bulldogs last win over the Mavericks came in 2018, and their last win in Mankato was 2014.