Head coach Scott Sandelin talked about the improvement in their defensive coverage during a press conference Wednesday.

The Bulldogs will need to tap into that this weekend as they prepare to host the number one team in the country, St. Cloud State University. Currently the Huskies boast the nation’s second best defense.

It’ll be an extra exciting series for UMD freshman forward Luke Johnson who grew up in St. Cloud. 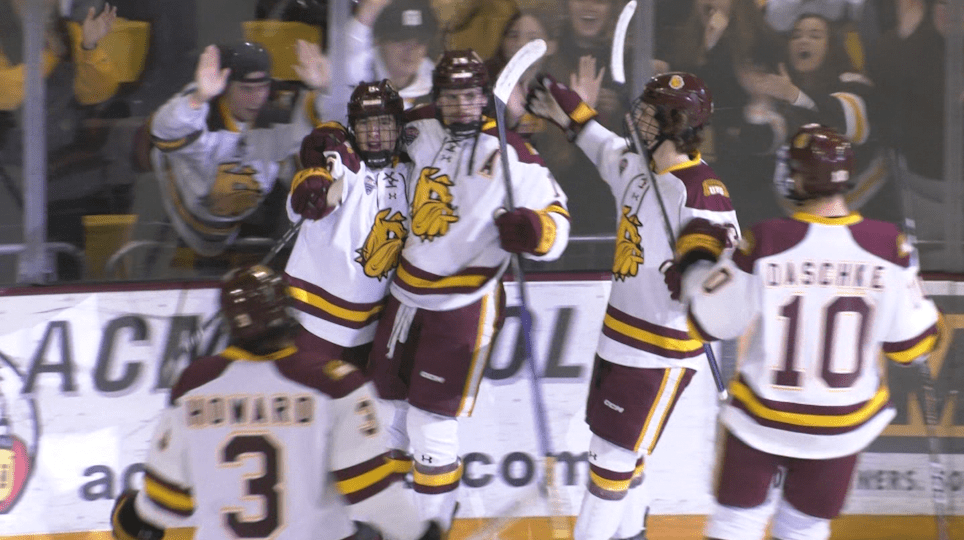 UMD falls to Denver in OT.

“My uncle is coming to his first game,” Johnson shared. “It’s obviously good to have, but it’s a big weekend for us. They’re obviously ranked pretty high and we need these points especially now, so that’s kind of just my main focus.”

Puck drop against the Huskies is at 7 p.m. Friday and Saturday at AMSOIL Arena.