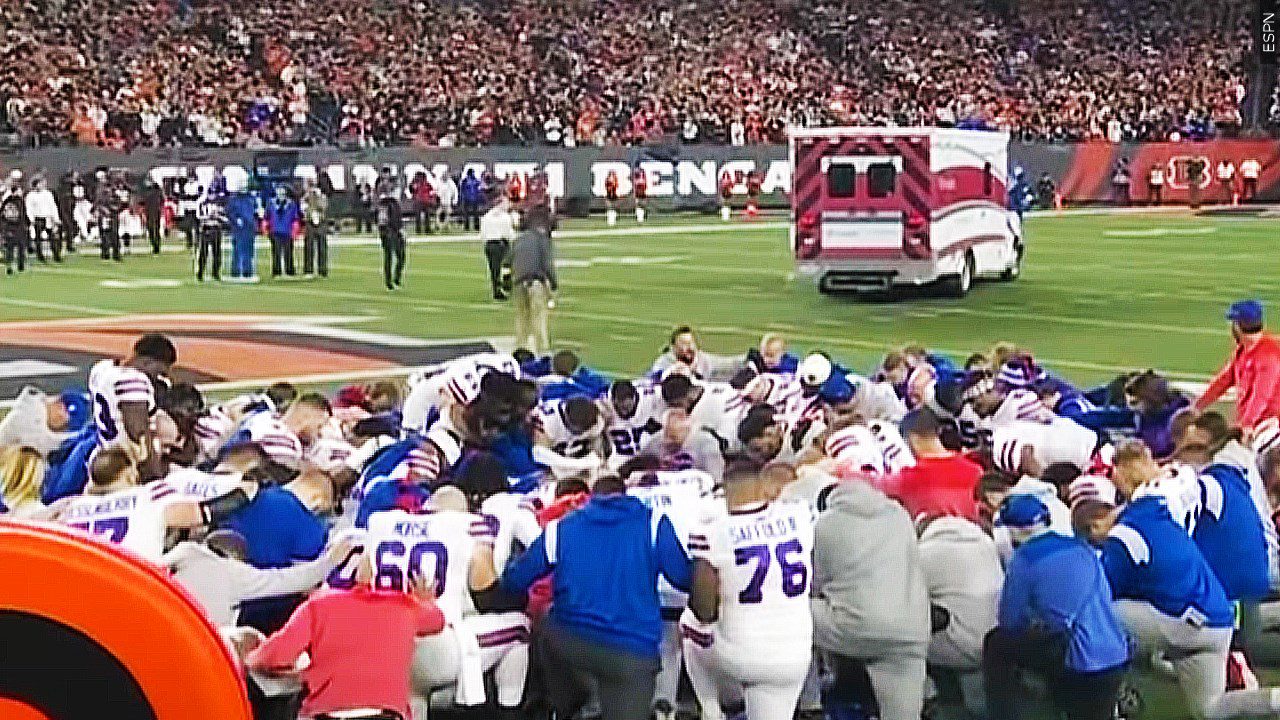 ORCHARD PARK, N.Y. (AP) – Buffalo Bills safety Damar Hamlin has shown what physicians treating him are calling “remarkable improvement over the past 24 hours.”

The team announced that three days after Hamlin went into cardiac arrest and had to be resuscitated on the field. The Bills said that while Hamlin is still critically ill, the 24-year-year old has demonstrated that he appears to be neurologically intact.

Hamlin’s agent, Ronald Butler, told The Associated Press that Hamlin was awake and has been able to grip the hands of family members at his hospital bedside.

The developments come as the Bills were scheduled to return to practice for the first time since Hamlin collapsed when his heart stopped after making a tackle during the first quarter of Buffalo’s game against the Bengals.

Additionally, two people familiar with the decision say the NFL won’t resume the Bills-Bengals game that was suspended Monday night.

Both people spoke to The Associated Press on condition of anonymity because the league is still figuring out how to determine playoff seedings and scheduling. The NFL Players Association must approve changes.

The Bills-Bengals game had major playoff implications. Buffalo entered Monday night needing a win to maintain the AFC’s No. 1 seed. The Kansas City Chiefs currently hold that spot. The Bengals had a chance to earn that top seed with two more wins and a loss by the Chiefs.