Beyond the Playbook: Duluth East boy’s hockey back to winning ways

A turn around would be an understatement for the Duluth East boy’s hockey team as now in only his second year with the program, head coach Steve Pitoscia, has lead the team to already 10 wins.

With the squad still having eight games remaining in just the regular season alone.

A total reversal from only being able to at best, win two games in a row last season, to this year already stringing together four against teams like Andover, Blaine and Grand Rapids.

“I don’t think there’s really been a huge change from a coaching standpoint. I just think it was the time and effort they put in over the summer. They’ve just really come together as a group pretty well. It’s just fun to come to the rink every day,” said head coach Steve Pitoscia.

A big driving force this season had been junior Thomas Gunderson, who leads the team with 14 goals just a year after only playing a handful of games due to dealing with a collarbone injury. 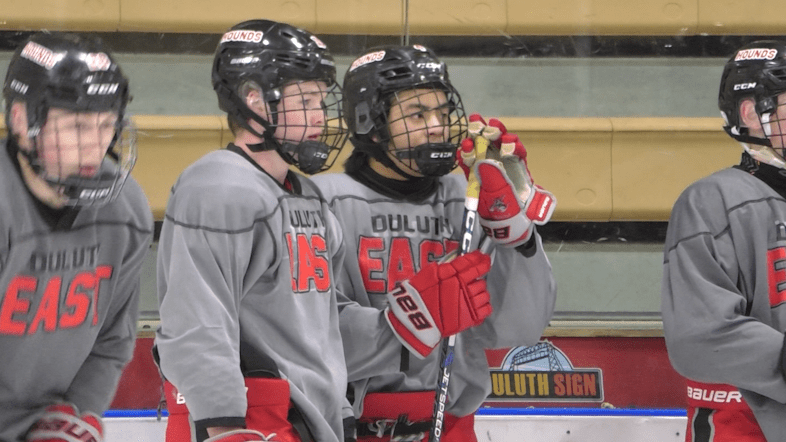 “It was really just nice to get back on the ice this year. The whole team is just kind of bonding together really well this year on the ice and off the ice. So that’s kind of a big difference maker,” added Gunderson.

For senior Cole Christian, he leads the team in points with 34, a great season for a player who has watched the program slowly evolve.

From three state appearances between 2015 and 2019, too going through losing seasons in the last three and even a coaching change.

“It’s just been really cool to be on the team for four years and seeing it evolve and become good, back to what Duluth East expects,” claimed Christian.

“Feels good having Duluth East back on top, or up there or once again. That’s kind of where we should be as a program and where we are used to being,” added Gunderson.

Still the goal for this team, like others before it, is to get to the state tournament once again.

“We’ve had a couple of good nights this year against some good teams. But we haven’t really accomplished anything quite yet. We got a long way to go and they’re here every day working hard to do that,” concluded Pitoscia.