She’s now considered the ambassador for the trails at the Redhead Mountain Bike Park in Chisholm. But it wasn’t always so.

“I never considered myself a hiker. I wasn’t a huge outdoorsy person. I was a gym rat,” Kari Kilen told us.

When Redhead opened up in the summer of 2020, she thought she’d check it out.

She had been grieving the loss of her nephew, Lee. She called Lee’s brother, Ben, and they set out. And that hike, lifted their hearts.

“It was fabulous. I couldn’t believe it,” she told us of the trails. 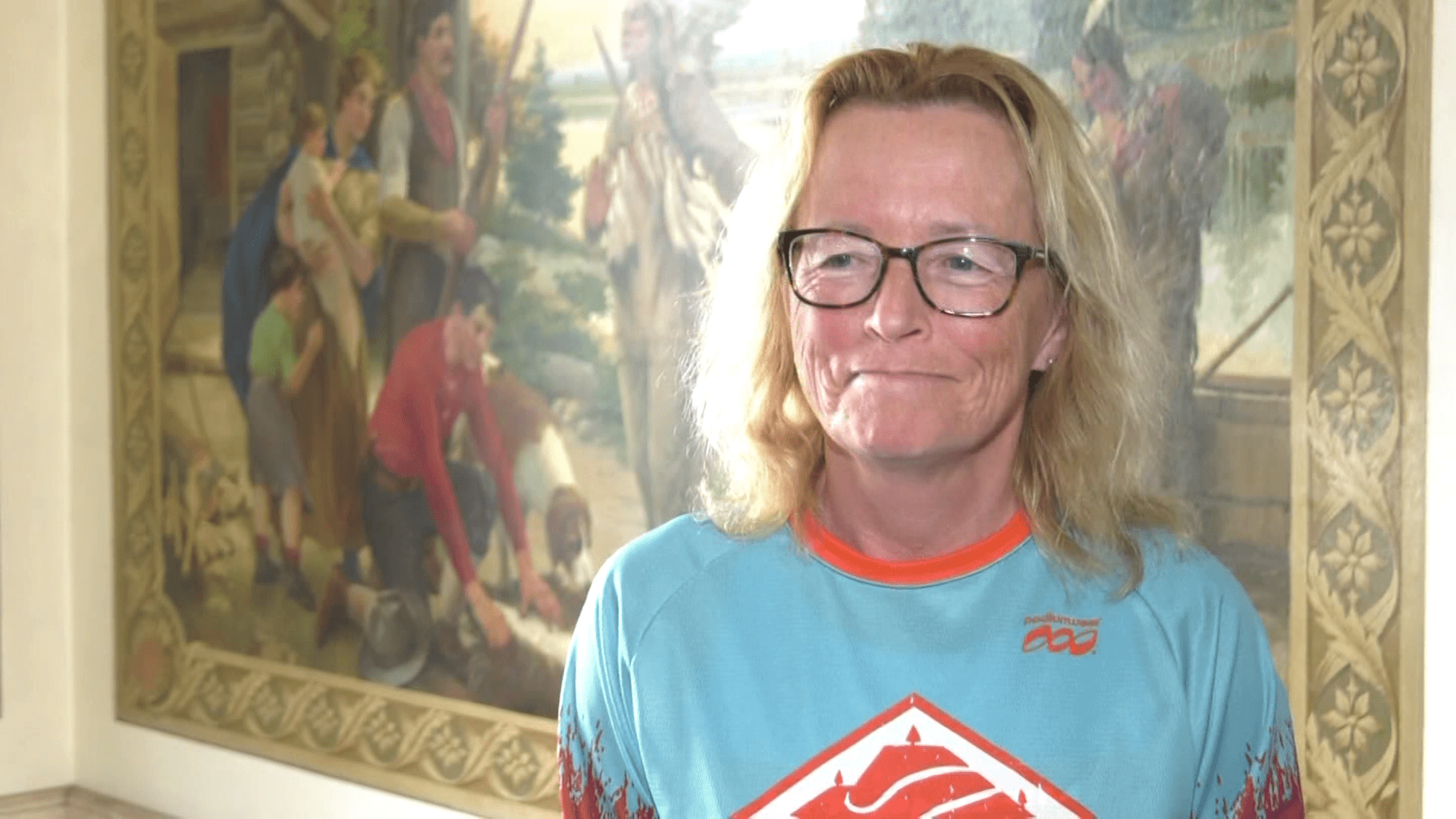 She was hooked. Then, on the one month anniversary of Lee’s death, she and Ben were on the trails again. They found a rusted piece of tire. And considered it a sign.

“He flipped it over, and I read it. It said Lee Tires. And we both got goosebumps. I walked by that spot how many times. And he found it when we were together. It was the universe telling me that this is your place to heal,” Kilen said.

So off she went, day after day. She’d share her adventures on social media. “I came up with the Redhead Redfeet Facebook group.”

It meant many new friends. She encourages anyone and everyone to get out there.

Some of them joined her in September, when she hit the 1000 mile mark.

During those hikes, Kari picked up a few lessons along the way. “Someone showed me what a Juneberry was. They’ve taught me about different rocks.”

Even though it’s winter, Kilen plans on heading out a bit to snowshoe, to help pack down the trails for the fat tire bikers.

When she’s not out there, she’s helping out her community in other ways. “My major other thing is I’m the secretary of the Angel Fund, a non-profit that helps people with cancer.”

Plus, she’s busy on Sundays, too. “I’m involved with my church, St. James Episcopal. I’m the head worship leader, and I lead the prayers most Sundays.”

And there’s also additional help with the United Way and Hibbing Chamber.

How does she do it all? She said she doesn’t get tired! Way to go, Kari!