The event is being broadcast live from Saint Paul College in St. Paul. WDIO is broadcasting the event beginning at 6:00 p.m. as well as stream on WDIO.com and on our YouTube channel.

The first hour will be the Attorney General’s debate between Democratic Incumbent Keith Ellison and Republican challenger Jim Schultz, followed by the Secretary of State’s debate between Democratic Incumbent Steve Simon and Republican challenger Kim Crockett. Gov. Tim Walz has not indicated he will be participating, so there will be a 30 minute conversation with Republican Gubernatorial candidate Scott Jensen.

KSTP-TV anchors Leah McLean, Paul Folger, and Lindsey Brown will moderate each hour of the program. Questions will be asked by Chief Political Reporter Tom Hauser of KSTP-TV, Anchor-Reporter Laura Lee of KAAL-TV, and Peter Callaghan, State Government reporter for the website MinnPost.

There is no live audience for this event. 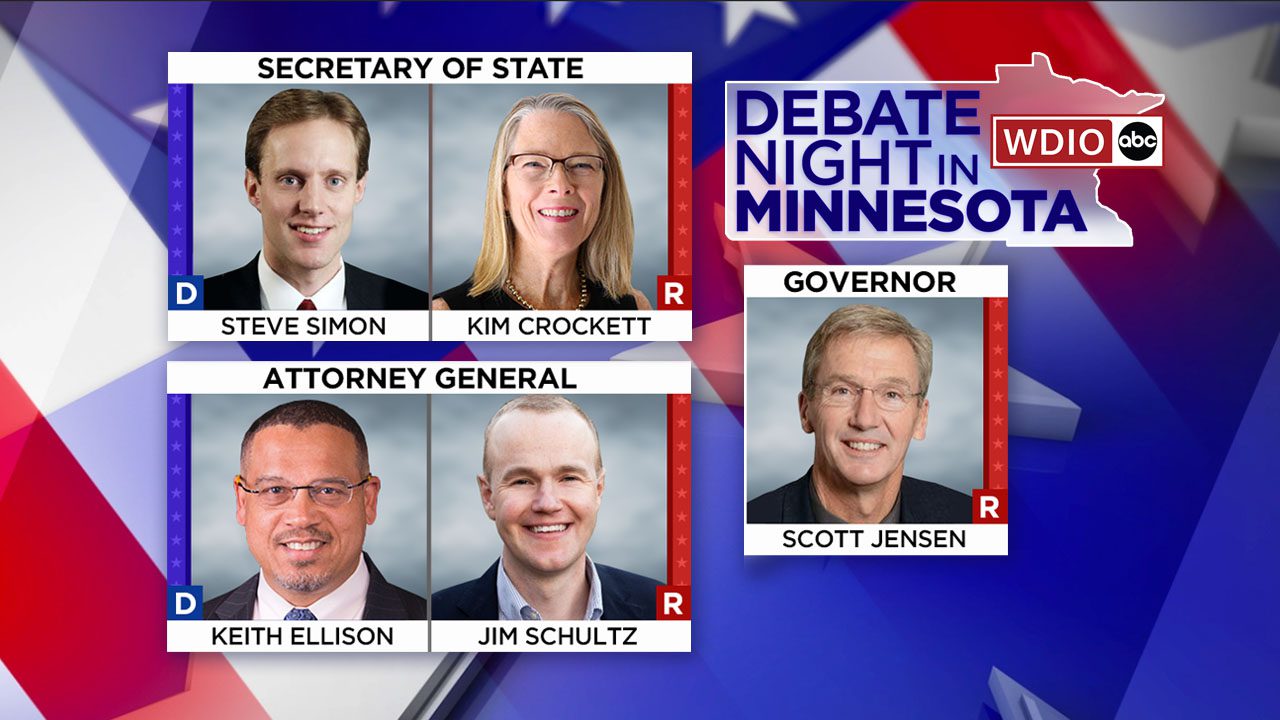