“Warrior Brewing is 100% owned and operated by disabled veterans. We started our business up in 2019 with a mission to provide not only the region’s finest craft beer but also our primary focus is to give back to local area nonprofits that service veterans and local law enforcement,” Caple said.

The Strong Compass Bourbon Barrel Ale is 9.3% ABV and was aged in Heaven Hill bourbon barrels for nine months. Its name comes from the local nonprofit Strong Compass, a group that allows combat veterans to use equine therapy to reconnect to civilian life. 50% of sales will go back to Strong Compass. The beer is only sold in the brewery.

The Patriot American IPA “Ace of Aces” Limited Edition is a 6% ABV and described as a “drinkable citrusy and tropical fruit IPA.” The cans feature commemorative artwork of Richard Bong, the namesake of the Richard I. Bong Veterans Historical Center in Superior. The beer will raise awareness for the Bong’s 20th anniversary. 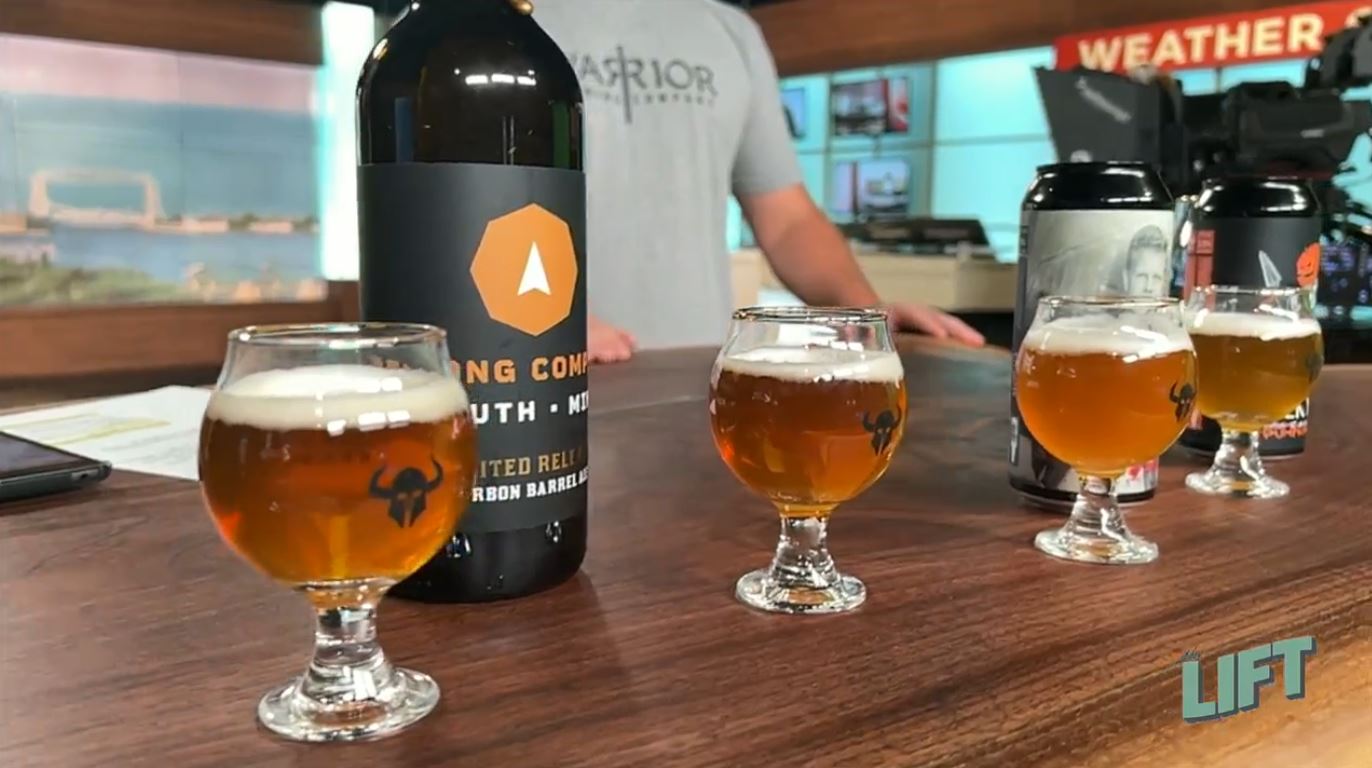 The Valkyrie Pumpkin Ale is “back by popular demand.” It’s 5.5% ABV and is a seasonal twist on the flagship beer, Valkyrie Golden Honey Ale. Brewers add 150 lbs of fresh pumpkin puree to every 310 gallons of beer.

There will also be a new way to enjoy Warrior Brewing beer.

“For those that have been following us, we’ve been operating kind of as a production brewery primarily,” Caple said. “We actually intend to open up a taproom here soon, within the next 30 days.”

Warrior is waiting on a final inspection and then will open up.