South Shore Brewery has been making beer in Wisconsin since 1995. Owner Bo Belanger says they’ve always had a commitment to the agricultural side of brewing beer.

“We wanted to say something about where we live in every glass of beer that we make,” he said. “So one of our goals was to basically do that through building up the resources around us: barley, hops. In fact, one of the first specialty beers that we made, somebody asked me to use apples in beer. So early on in 1995-1997, we made Applefest Ale, which celebrated the agricultural people up on the Bayfield Peninsula.”

The Hops and Barley Cooperative came out of that commitment too. And on Wednesday, South Shore released a special beer with it, the Double Hop Co-Op.

“This culminates the harvest of the hop crop for 2022,” Belanger said. “Being a farmer is a hard thing to do. So we celebrate that kind of long-term commitment of over 12 years of growing hops in our state. So that’s the culmination of this: The farmers and the brewers getting together to collaborate on some special release beer.” 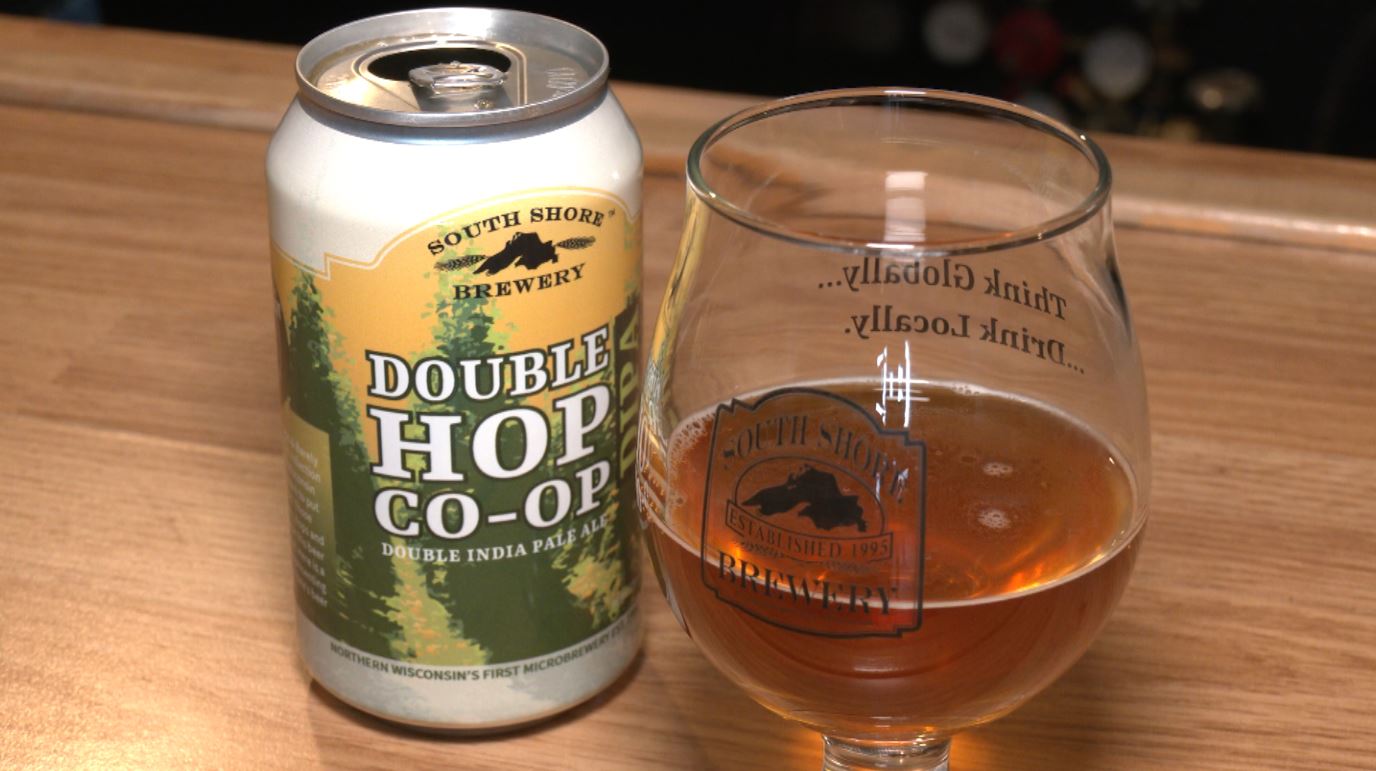 “It uses the knowledge of our brewing staff to bring out those kind of flavors and attributes of those hops,” Belanger said. “It’s got a little bit of winter warmer to it too, so we’re going to the season where something a little bit more alcoholic is sort of the holiday festive kind of thing.”

Beer drinkers can find the special release in South Shore‘s two locations in Ashland and Washburn or in local stores.

“You’re going to look for the 12-ounce cans. SuperOnes are always a good way for us. But all the mom and pops out there, it should be widely available in our kind of neck of the woods,” Belanger said.