Earth Rider Brewing has been a fixture at the base of the Blatnik Bridge for five years now.

They started brewing beer in September 2017.

“We started out with very few tanks, and we’ve added more space,” Frank Kaszuba said. “At the time, I thought like, we have a lot of space in this building. And now, not so much.”

One of Earth Rider‘s award-winning and most popular brews is their Duluth Coffee Pale Ale.

“It’s a fairly light-colored beer. A lot of coffee beers are like stouts or porters, really dark. You would think that the coffee adds a lot of color, and it does add color, because this beer starts off as like about as pale yellow as you can get, and it’s kind of more golden-colored now,” Kaszuba said. 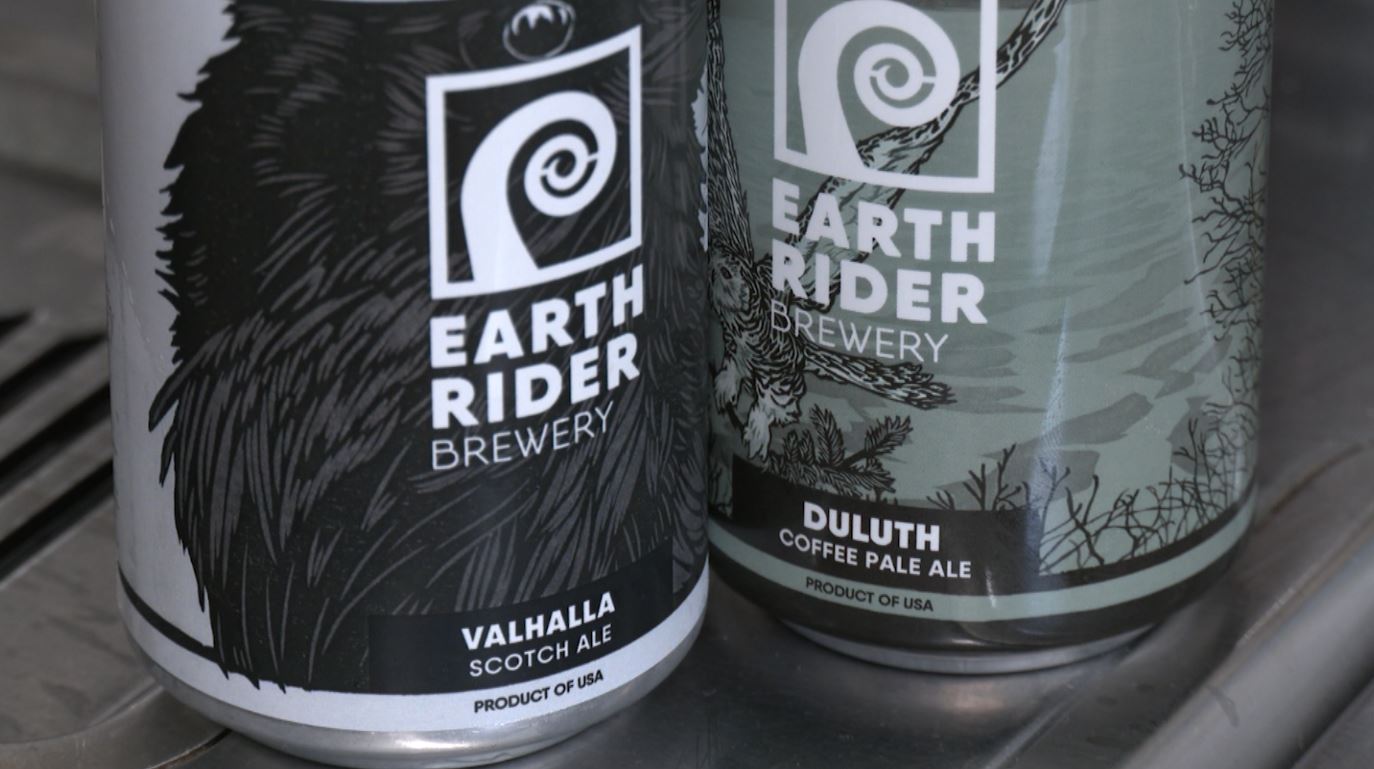 It is caffeinated and has an aroma of coffee.

The Valhalla Scotch Ale is what Kaszuba describes as a “winter sipper.” It’s 9% alcohol.

“It’s a deep amber in color, very malt-forward, so enough hops in there just to kind of balance out the sweetness, but really strong malty character, one really to sip around a fire,” he said. “I love strong, malty beers in cold weather, and this one fits that bill.”

Kaszuba said their North Tower Stout is another they are particularly proud of.

Earth Rider’s taproom, the Cedar Lounge, is open seven days a week. On Saturday, Oct. 22, Earth Rider is the headquarters for pre- and post-race festivities at the North End Nightmare 5k. And they are hosting a Halloween event on Saturday, Oct. 29 with a “Mystical Market” and live music from Big Wave Dave and the Ripples.