On a cool fall day, a hot cup of coffee is welcome.

At the Duluth Folk School in the Lincoln Park neighborhood, Almanac Coffee is brewed right where it’s roasted.

“Almanac Coffee came into existence around the same time as the Duluth Folk School, now coming up on our four-year anniversary. And it was started by a very good friend of mine, Russell Crawford,” Almanac Coffee Owner Justin Wood said. “And I worked alongside of him for a number of years and recently had the opportunity to acquire Almanac Coffee. And it’s been a pleasure to pick it up and run with it.”

Wood studied coffee in New Zealand and also has a background as a beer brewer. He likes how coffee pays great respect to the farmer.

“Almanac is a seasonal pursuit. We try and choose beans that are freshest. And to that end, our beans are ever-rotating,” Wood said. “We don’t really have a brand that sticks around year-round. We really follow the harvest cycle. So at any given time, we could have beans from Tanzania or even as far away as East Timor.” 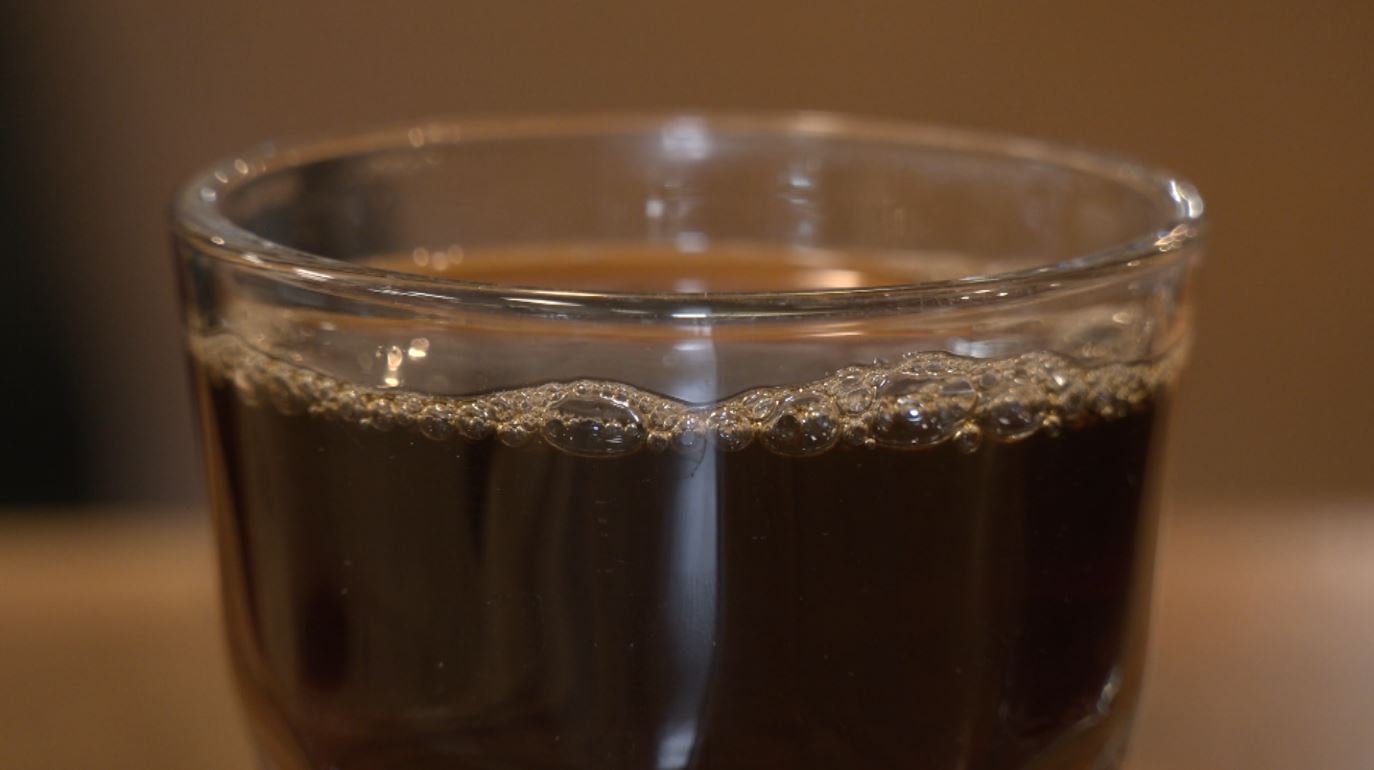 But often, his beans are sourced a bit closer to home. He frequently features Central American beans from Mexico, Honduras, Guatemala, and others.

Earlier this week, he roasted beans from Colombia.

“So these beans are from Huila, Colombia,” he explained. “It’s a great region known for bright, somewhat fruity coffees.”

The beans go from a light green color and hay-like smell to a chocolatey brown with notes of caramel.

The roasting process for 10 pounds of beans took about 15 minutes.

“The proof is in the taste,” he said, popping a coffee bean in his mouth once they had cooled enough. “To me, there’s some residual sweetness. It kind of has a — yeah, it’s a mix of what I would call tropical sweetness, something that might be citrus, but it’s also got this backbone that would be maybe graham cracker or granola-like.”

On this day, the Duluth Folk School was serving coffee from Mexico or Rwanda. Wood said the Mexican version is from Chiapas. He described it as a “crowd-pleasing bean.”

“Central American coffees do have a certain profile. To say they’re all the same would be disingenuous, but oftentimes you’ll get notes of nuttiness or chocolate,” he explained. “And so this is a classic profile. This is kind of a nostalgic cup.”

The Rwandan offering came from the Great Lakes region of Africa.

“This one, I would say is a little subtle. It’s very tea-like,” Wood said. “It’s got some black tea notes. Slight stone fruit, like apricot maybe, and some vanilla bean are things that I pick up.”

Almanac Coffee is sold at the Duluth Folk School, both Duluth Whole Foods CoOp locations, the Mount Royal Market, and a few other wholesalers. You can also purchase Wood’s roasts online.

He is planning some coffee roasting classes at the Folk School in January.