Fitz Fitzgerald is right at home on his quiet property near Ely.

“I knew the minute I got here it was home,” he said.

It’s a long way from where he served with the Marine Corps in Vietnam. Knowing he wasn’t ready for college, he enlisted right out of high school. He figured the GI Bill would help him pay for college eventually and military service might look good when he applied to be a game warden. The Vietnam War was already happening.

“You’re 18 years old and you knew there was stuff going on in the world at the time, but an 18-year-old’s mind … doesn’t really worry about that kind of thing,” Fitzgerald said. “You’re kind of invincible.”

He joined the war in the Marine Corps infantry in the spring of 1970. He felt more comfortable in the jungle than at a base camp, so he would go out with a small group to gather intelligence. 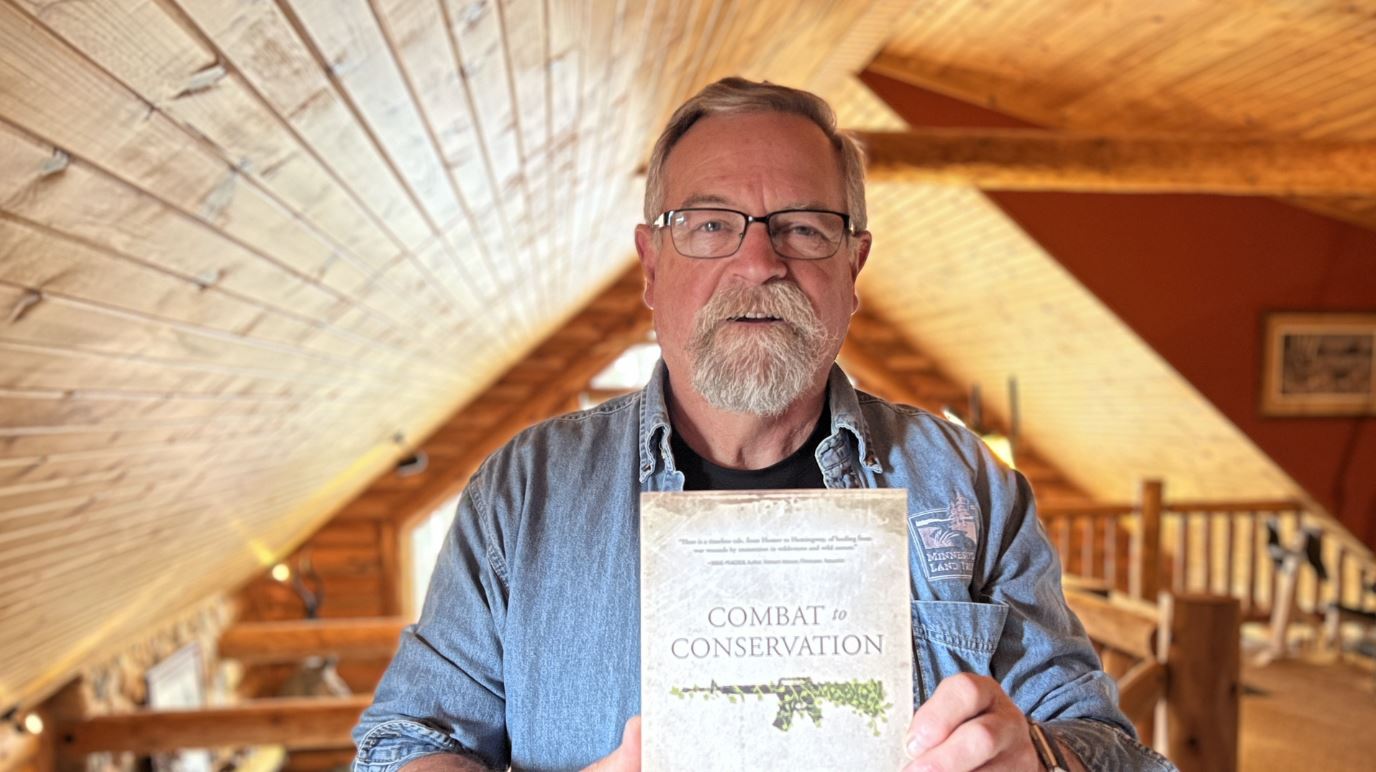 “On both sides, it was a search-and-destroy or an ambush type war,” he said. “You’d go out and literally look for the enemy, and they were kind of doing the same thing.”

In December 1970, he was hit while crossing a bridge and had to be medivaced out.

“I was wounded after … eight and a half months,” he said. “Lucky. Probably shouldn’t even be here today, but you know, I’m thankful of that. Every day, I remember that.”

Fitz lost an eye among other serious injuries. He spent a couple weeks at a hospital in Japan, then nearly six months recovering at a naval hospital.

“Hindsight, it is what it is, and I have absolutely no regrets,” he said.

He then decided to pursue his game warden dream, but the loss of his eye disqualified him. He went to work in manufacturing for more than a decade until finally, he found his way back to his passion.

“All along, just knew I wanted to be outside,” he said.

He bought Northernair Lodge in Ely, then worked for the Nature Conservancy and eventually the Minnesota Land Trust. Through those roles, he found new purpose.

“There is a huge, huge healing that can take place when you get out away from the modern ratrace,” Fitzgerald said.

His healing set him up to add “author” to his resume.

Now, it’s on paper. He found a publisher, and the book came out in March 2022. “Combat to Conservation” is his memoir, chronicling his journey from the war to the wilderness.

“Everybody just kind of fought their own battles,” he said. “And I just had always found peace and relaxation and everything outside, so that just became my prescription.”

It’s a medicine he thinks may work for others too, whatever they’ve walked through.

“Trauma is trauma, and it doesn’t have to be war-related. It can be a lot of other things,” Fitzgerald said. “It’s never going to go away, but you’re just going to bring it along. But now you’re driving it; it’s not driving you. I think that’s the key.”

That is why Fitz is Northland Strong.

To learn more and find out where to purchase “Combat to Conservation,” click here.