Is the William A. Irvin really a “Haunted Ship?”

The Haunted Ship attraction opens in less than a week, but questions linger about whether the William A. Irvin is really haunted.

“We don’t go sometimes even a day without something happening,” Addison Severs said.

Severs is a set designer for the Haunted Ship, so he spends a lot of time on board the Irvin.

“The other night, I was here. It was me and one of my other coworkers. We were just standing in the upstairs area of our shop area, and this distant piano music started playing out in the Haunt,” Severs said.

It can seem like just about everyone who’s worked or spent much time on the Irvin has a story. 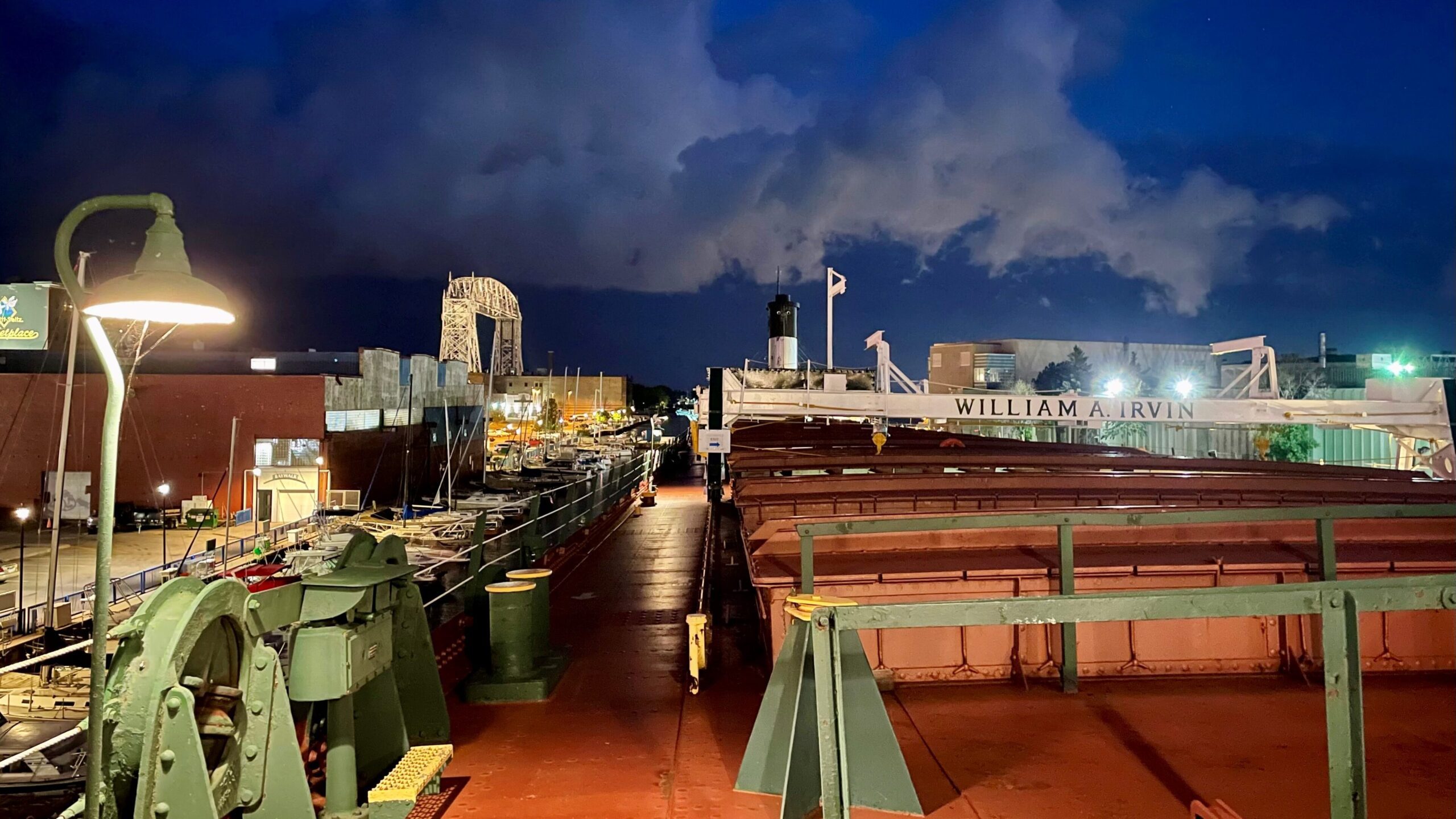 “I was out here one night, standing on the deck of the ship, and all of a sudden I see a face at the Captain’s Quarters up there,” Tyler Stephenson said.

“I was inside the large hold of the ship. And I was grabbed,” he described. “I was alone. You don’t want to be alone on the ship. I was grabbed by something. My skin was tingling. It was super cold.”

The only known death on the ship was Sailor William Wuori. The DECC, which manages the William A. Irvin, said Wuori died in an accident in the boiler room.

But paranormal investigators describe seeing a little girl, a woman in white, and other phenomenon on board. Chris Allen with the Duluth Paranormal Society says he has been on the Irvin more than 20 times. One night in September, they set up cameras and brought in equipment to try to gather evidence of the paranormal happenings on the ship.

“We’ve chosen the front of the ship this time. We’ve got the Captain’s Lounge, we’ve got a couple of the luxury suites wired up,” Allen said. “I’ve got a 360 surround-sound recorder. And I brought that with me too so you can hear what part of the room that noise is coming from.”

He used an EMF detector to ask questions of any possible spirits in the Captain’s Lounge. If the lights on the detector jump from green to yellow, orange, or red, Allen says that’s considered a response. He also used an Echo Vox device.

“It’s kind of like a spirit box, that the spirits can talk in between the noise and everything. So every once in awhile, you’re going to hear voices that are radio,” Allen said. “You might not be able to hear it while we’re doing it, but after we’re done recording and we listen to it back, you can hear the echo beneath.”

Duluth Paranormal Society members caught a photo of a shadow on the wall, and what they think looks like a foot under a bed.

Whether paranormal investigator or someone who just happens to work on the ship, they can’t explain everything that happens on the Irvin.

“I was on one side of the bulkhead that separates our two holds. And one of the props that I specifically powered down with power strips went off,” Jeff Crowe, another Haunted Ship builder, said. “It’s very distinct, and I heard it go off, and I thought to myself, hmm, I don’t know what that was. Because I don’t believe in that stuff.”

But he said he double-checked the prop after, and it was still powered off.

“Nobody was here. I went and checked the doors,” Crowe said. “So no explanations.”

While he wouldn’t go so far as to say he’s a believer, “There’s certainly weird stuff that’s happening all the time.”

The Haunted Ship opens Thursday, Oct. 6. You can find the schedule and ticket information here.