In the Amazing Amazon exhibit of the Great Lakes Aquarium lives the most festive and shocking resident- Loki the Electric Eel. His exhibit is set up in a way that senses electrical pulses- you’re able to see it in the Christmas and LED lights, plus there’s speakers that react too.

“These animals have adapted to use electricity as both a defense and an offense- so the way they find their food. There are three main organs in the body. So there’s the Hunter’s organ, Main organ, and Sach’s organ. ” These organs will only work if they’re straight, which is why he swims in a line.

“It’s kind of like if you put batteries in a flashlight, those batteries have to be lined up for that charge to go through so he can swim forwards backward.

“In fact, he’s not even an eel. Electric eels are knifefish.”

But when Loki is charged up, he puts of 600-800 volts of electricity. In comparison- to charge your cell phone, it’s 5 volts. “A group of electric eels are called a swam, which is kind of cool.” 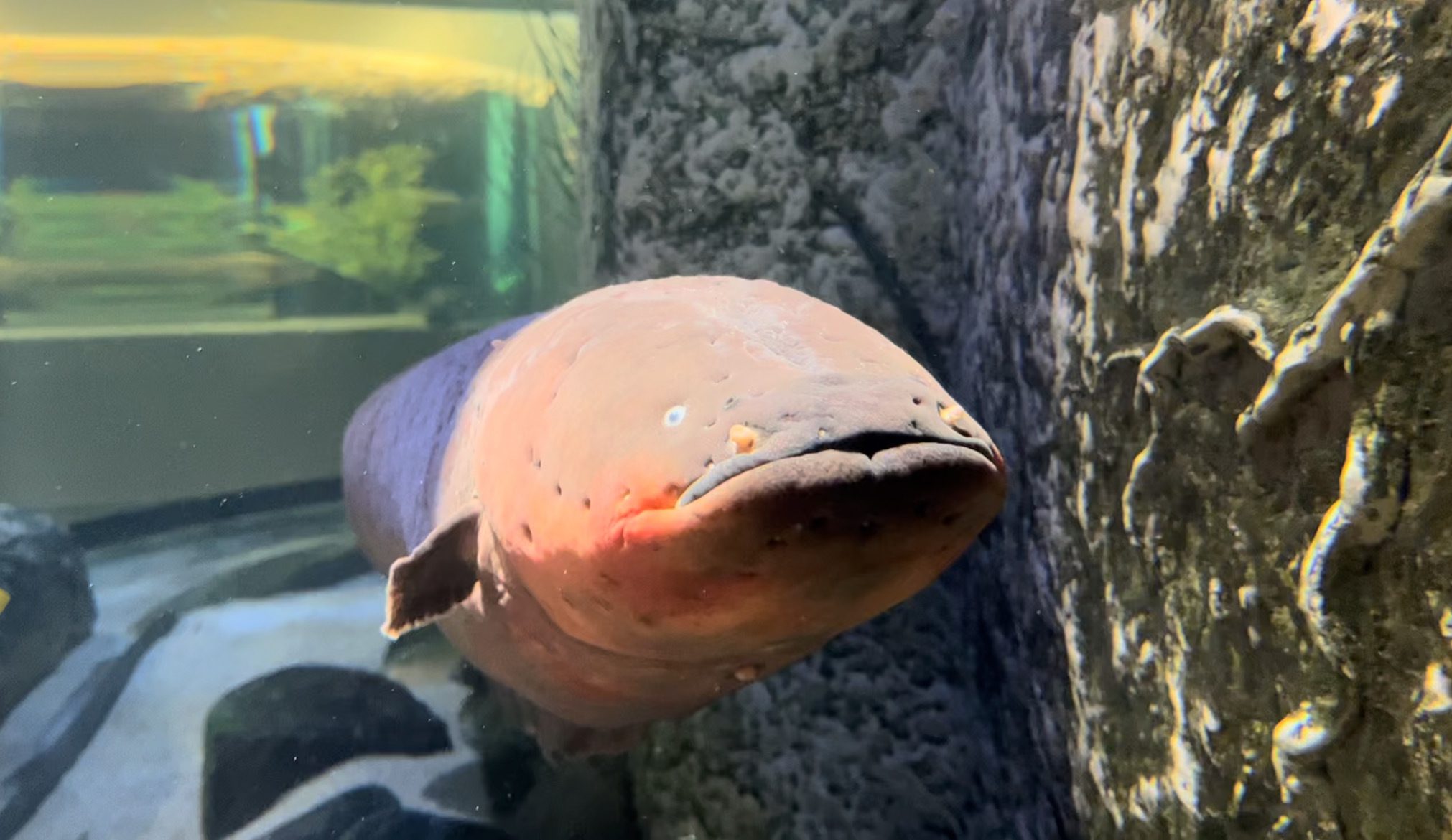 You’ll also notice the takes breathes from the surface of the water. He’s what’s called an obligate air breather. “He has gills, but it’s mostly to expel carbon dioxide.”