Most people don’t choose to live behind bars. But in the next few months, the historic St. Louis County Jail will have residents again. Only this time, they’ll be the ones with the keys.

Construction started on the building under a year ago, and crews are in the home stretch.

The way Meghan Elliott explains it, they basically had to flip the building inside out. The guards used to walk down corridors on the outside of the building in front of the windows. Now, the former mechanical chase that ran behind the cells is the resident corridor.

“What happened was it had all the pipes, all the drains, all the sanitary, all the water ran down this corridor. And it was sealed off with a steel wall,” Elliott said. “So when we started the project, no one had been inside this corridor probably in about 85 years. We opened it up, cleared out all the pipes, and now it’s the new corridor for residents or visitors.”

The jail has a new name too: Leijona. It means “lion” in Finnish and is a nod to some of the historic elements on the stone outside.

On the inside, it’s brighter than you might expect. Every unit has at least two windows, which will be fully operable. 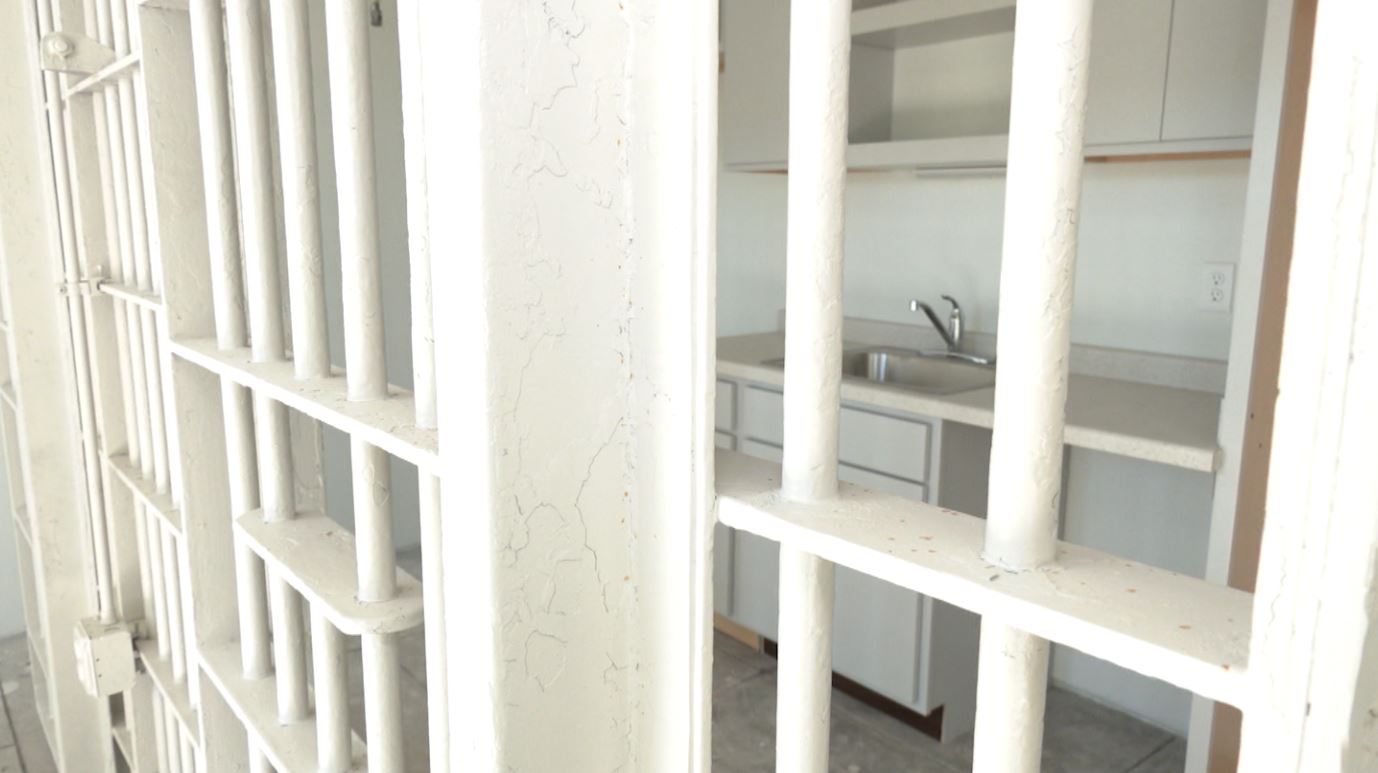 Bars separate the kitchen and living area in a studio apartment. Kyle Aune/WDIO

“We’ve kept the lowest rung of the bars,” Elliott pointed out on the windows. “There’s a couple reasons for that. But one is historically, you can kind of tell what these windows looked like.”

She said a studio room is the equivalent of about four cells when Leijona was a functioning jail. There are bars left up in the units. In the studio model, the bars separate the kitchen and living area. Elliott says they serve more purpose than a conversation piece.

For every set of bars crews took out, they had to add a pillar and beams. Plus, the jail is on the National Register of Historic Places and is a local landmark in Duluth. So the developers have to maintain as much of the original material as possible.

“Frankly, this building has a really long story,” Elliott said. “And part of keeping these elements is to tell that story.”

The next chapter of the story includes 33 apartment units: studio, one- and two-bedroom. For most, rent is in the $700-1,500 range. They’re leasing now, and people can move in starting Jan. 1.

Elliott said they found precedent for converting jails into hotels, but they were stripped of the original purpose for the space.

“It’s also just sociologically, intellectually, emotionally, physically, like that’s a real challenge to take something that was a correctional facility and then make people feel comfortable living there,” she said.