Soup weather has arrived (at least it will after Tuesday!), and Carol Valentini shared her family’s Italian Wedding Soup recipe.

Valentini owns Valentini’s Restaurant, and she thinks soup is a great way to disguise vegetables.

Italian Wedding Soup has a chicken broth base with vegetables, noodles, and meatballs. Valentini joked that some on the internet claim the soup gives a couple enhanced fertility. But she says translated literally, it means “married soup.”

“We’re going to go back to the married soup because it marries the green vegetables with the meat and the pasta because there’s those three ingredients always in wedding soup,” she said. “But they don’t really have it at weddings. So it’s complicated, but the ultimate thing is it’s a really good soup.”

She starts it with carrots, celery, and onions. There’s spinach too, but that’s added at the end. 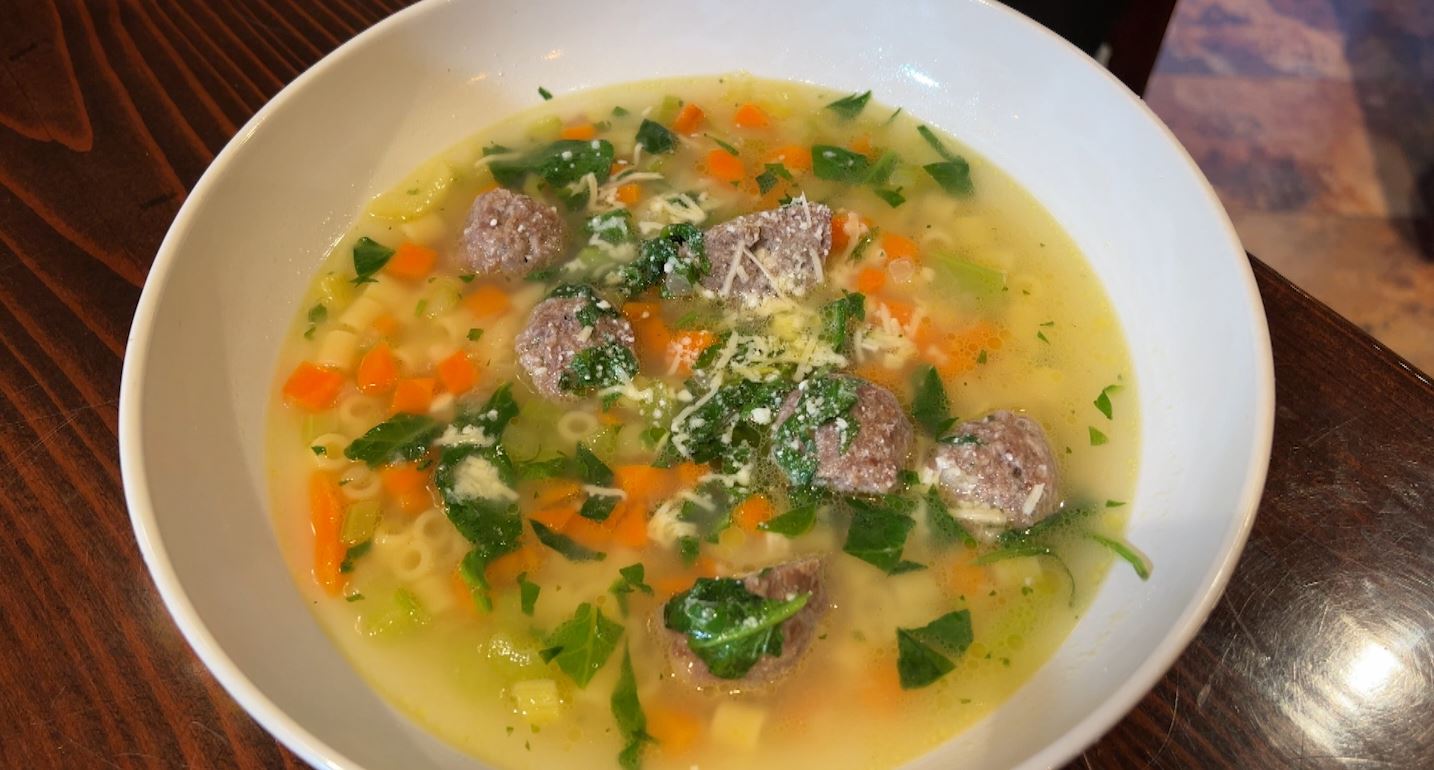 “I think soup is the best thing to introduce little children to because you can make soup out of just about anything,” Valentini said. “And you find sometimes kids don’t like the texture of this, they don’t like their vegetables, they don’t like meat, well, you can just disguise all kinds of things in soup, and as long as you put noodles in it, they’ll eat it.”

She uses cooked ditalini noodles and the meatballs she makes at the restaurant. But Valentini says busy families could easily opt for premade, frozen meatballs.

“You always need to taste your food. You taste it for seasoning. If you don’t do that, you have no one but yourself to blame if it isn’t the way you wanted it,” she said.

Valentini encourages people to try take the time to cook at home as much as possible.

“We need to go back in time about how we eat. Too much processed food,” she said.