A section of Superior street was blocked off in downtown Duluth Wednesday for an event called, Bags and Brews. It was a bag tournament with live music, drinks and food all for a good cause, to help find a cure for childhood cancer.

Cancer doesn’t discriminate and unfortunately for the Conklin family of Esko, cancer did happen to Blake Conklin when he was just seven years old.

Blake is a hockey fan who loves being out on the ice. But in October of 2018 he started feeling tired all the time.

“It was definitely scary,” he recalls. “I was really tired at the time. I don’t remember a lot of it, but I do remember, I was getting really, really tired.”

His parents, Sara and Lenny got doctors involved immediately, but the news was not good. 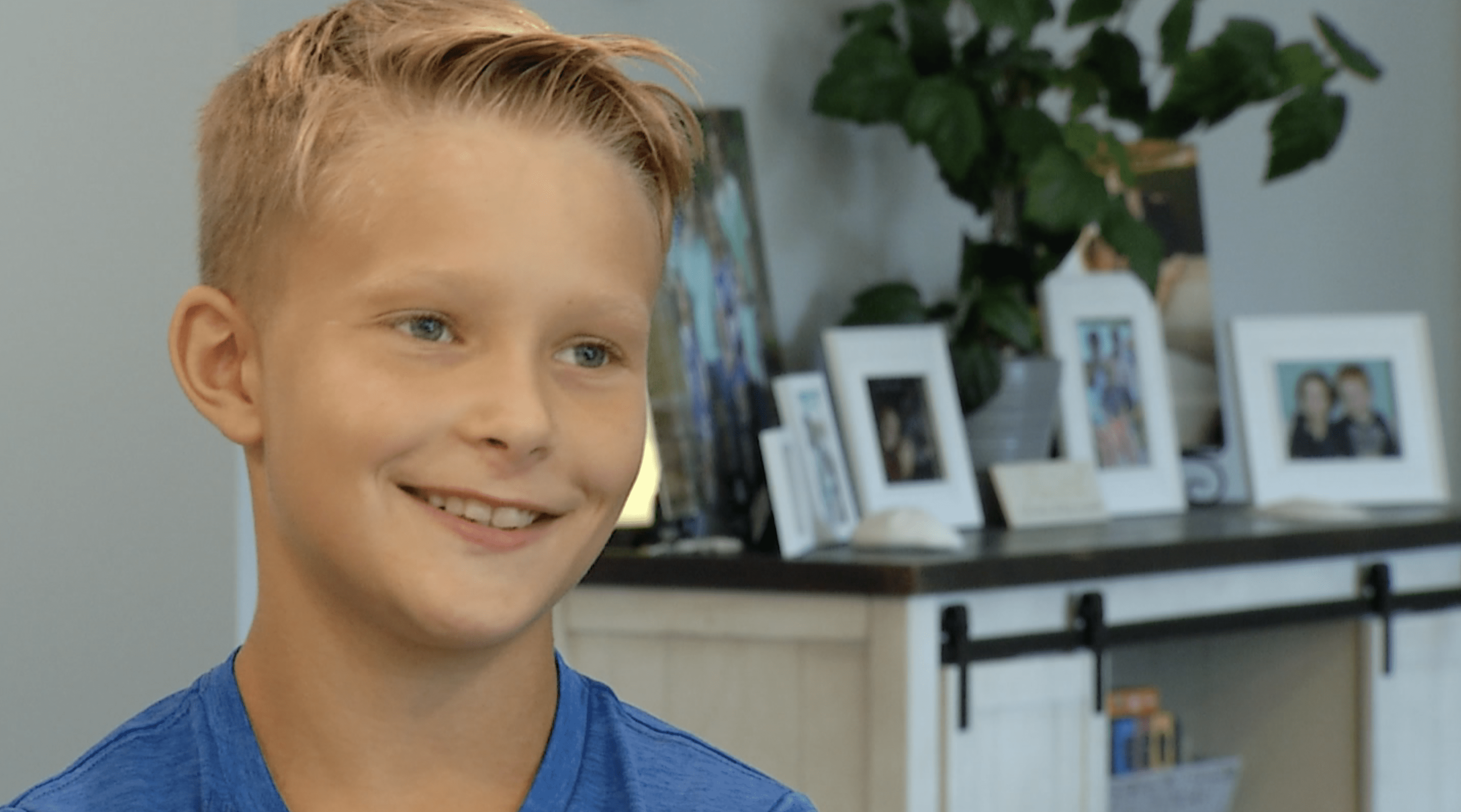 Blake Conklin shares his journey with cancer to inspire and encourage other kids.

Sara remembers hearing the news for the first time. “I was at home and you know, we got a phone call telling us Blake has cancer. I just remember crying and collapsing and they just said, you have to come to the hospital right away.”

At 7-years old, Blake was diagnosed with acute lymphoblastic leukemia.

Blake’s dad, Lenny recalls seeing his son’s condition change. “I would say within five weeks he went from being a healthy kid to being very sick. He never got sick. never, never until that point.

“Those three years were really tough,” Sara said. “But knowing that we were fighting for Blake, it did bring us together. I mean, there were some hard times to go through, but I do think we are stronger and even better off today as a family for having gone through it together.”

And fighting cancer, is expensive.

“Yeah, more expensive than we could have even planned,” Lenny said. “I would say like hundreds of thousands.”

Eventually Blake began feeling better, good enough to get back on the ice, which is where he met one of his UMD hockey heroes, Will Francis. Will is a cancer survivor too.

“It turns out they have the same power skating coach and the same oncologist!” Lenny said. “And then we get a phone call that says hey, Will wants to do some power skating with Blake today!”

Lenny describes Will as looking like a giant our on the ice compared to little Blake. And Blake’s excitement was through the roof.

“It was really exciting for me to go skate with a bulldog player, he’s really, really tall!”

And now at 11 years old, Blake’s hockey game is improving, and so is Blake. “They ran all the tests on him and there is no sign of leukemia right now, so that’s a blessing beyond belief!” Lenny told us.

We asked Blake how it makes him feel knowing that telling us his story will help others. “It makes me feel pretty happy because some people can’t afford it, and I don’t like hearing that. I always want to help.”

And that’s why Blake Conklin is Northland Strong.

If you would like to donate to Alex’s lemonade stand foundation to help fight childhood cancer, click here. https://www.alexslemonade.org/mypage/2922269