By LINDSAY WHITEHURST and MICHAEL KUNZELMAN The Associated Press 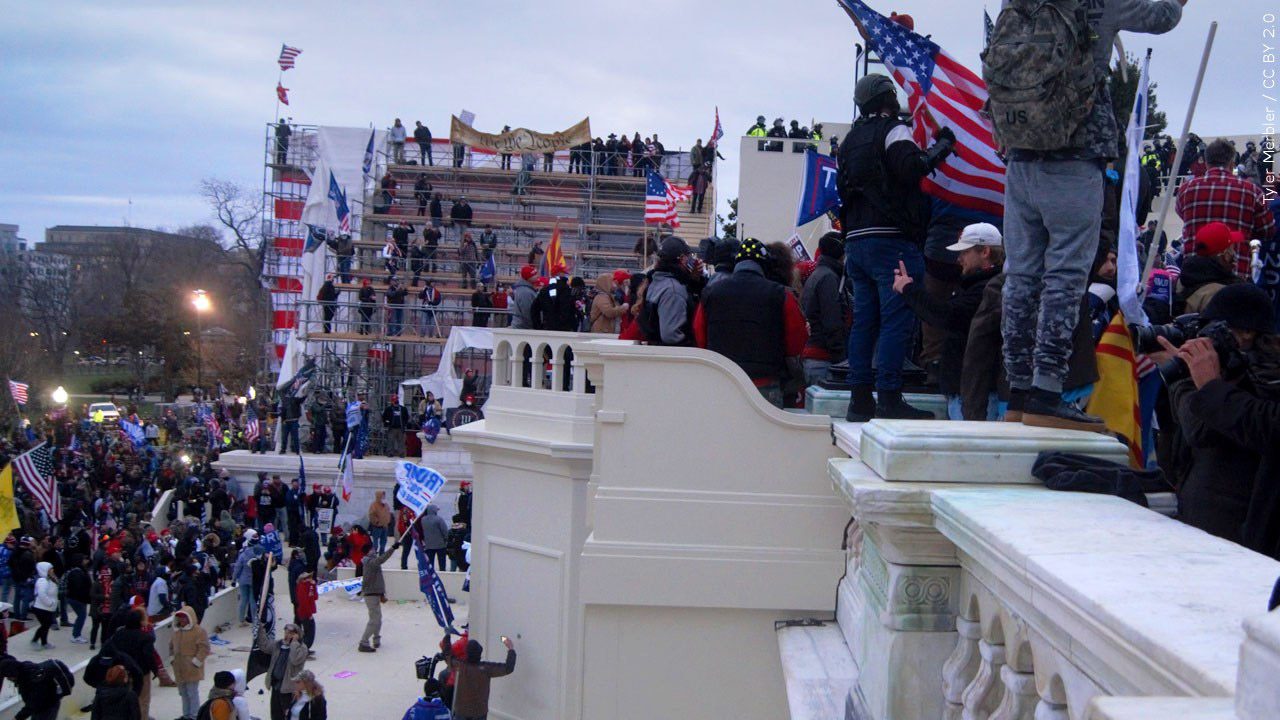 WASHINGTON (AP) — An Arkansas man who propped his feet on a desk in then-House Speaker Nancy Pelosi’s office during the riot at the U.S. Capitol planned the trip for weeks and came prepared for violence, a prosecutor said Tuesday as his trial got underway.

Richard “Bigo” Barnett had a stun gun tucked into his pants when he stormed the Capitol, invaded Pelosi’s office and posed for a photo that became one of the attack’s more well-known images, prosecutors said. He also took a piece of her mail and left behind a note that said, “Nancy, Bigo was here,” prosecutors said. Barnett punctuated the message with a sexist expletive.

Staffers were huddled down the hall at the time, hiding from rioters after leaving behind computers, cellphones and personal files as they fled, she said.

Before leaving Capitol grounds, Barnett used a bullhorn to give a speech to the crowd, shouting, “We took back our house, and I took Nancy Pelosi’s office!” according to prosecutors.

“Barnett has emerged as prominent figure in the attack on the Capitol as a result of the widespread circulation of his photographs in Speaker Pelosi’s office and subsequent interview,” prosecutors wrote in a court filing.

Defense attorneys have argued that the former firefighter didn’t break barriers or assault police as he was swept along into the building with the rest of the crowd. He wandered into Pelosi’s office suite looking for a bathroom, his lawyers said.

A grand jury indicted Barnett on eight charges, including felony counts of civil disorder and obstruction of an official proceeding. He also faces a charge of entering and remaining in restricted building or grounds with a deadly or dangerous weapon — the stun gun with spikes concealed within a collapsible walking stick.

Barnett planned for weeks before driving from his home in Gravette, Arkansas, to Washington, D.C., to attend the “Stop the Steal” rally on Jan. 6, prosecutors said. He hid or destroyed evidence of his riot participation after returning home to Arkansas, according to court documents.

Barnett turned himself in to FBI agents at a sheriff’s office in Bentonville, Arkansas, two days after the riot. He told investigators that the large crowd pushed him into the Capitol.

Records from a Bass Pro Shop in Arkansas showed that Barnett purchased the stun gun five days before he traveled to Washington. FBI agents found the packaging for the device in his home.

In June 2021, Barnett appeared on Russian state television with his attorney. When asked if he would do it again, he responded, “I exercise my First Amendment rights every hour, every minute, and every day, and I will never stop,” according to prosecutors.

Prosecutors said Barnett had a history of arming himself at political demonstrations before the Jan. 6 attack. In July 2020, they said, a 911 caller reported that a man matching Barnett’s description had pointed a rifle at her during a “Back the Blue” rally.

“Law enforcement ultimately closed the investigation as unfounded due to unresolved apparent discrepancies in the evidence,” prosecutors wrote.

In November 2020, police were called to a “Save the Children” rally when a caller said Barnett was carrying a gun at the protest and acting suspiciously.