“We’re really excited to welcome back our community and our audiences that love seeing shows on this stage. So it’s been yeah, it’s been a minute since we’ve had our own shows produced here,” says Producing Artistic Director, Mary Fox.

“The Boys Room” acts as a comeback for Zeitgeist Theater, as Zeitgeist hasn’t produced a show themselves since October 2021. You can find ticket information here.

Mary says, “As a nonprofit arts organization trying to live through a pandemic, it’s been sort of a struggle thinking about when are we going to bring back theater, our own produced, theater.”

The opening also acts as the first steps of Zeitgeist Theater’s rebrand. Mary says that the Renegade Theater Company will focus more on the comedy and improv side of things, while Zeitgeist Theater will be presenting more of the plays. 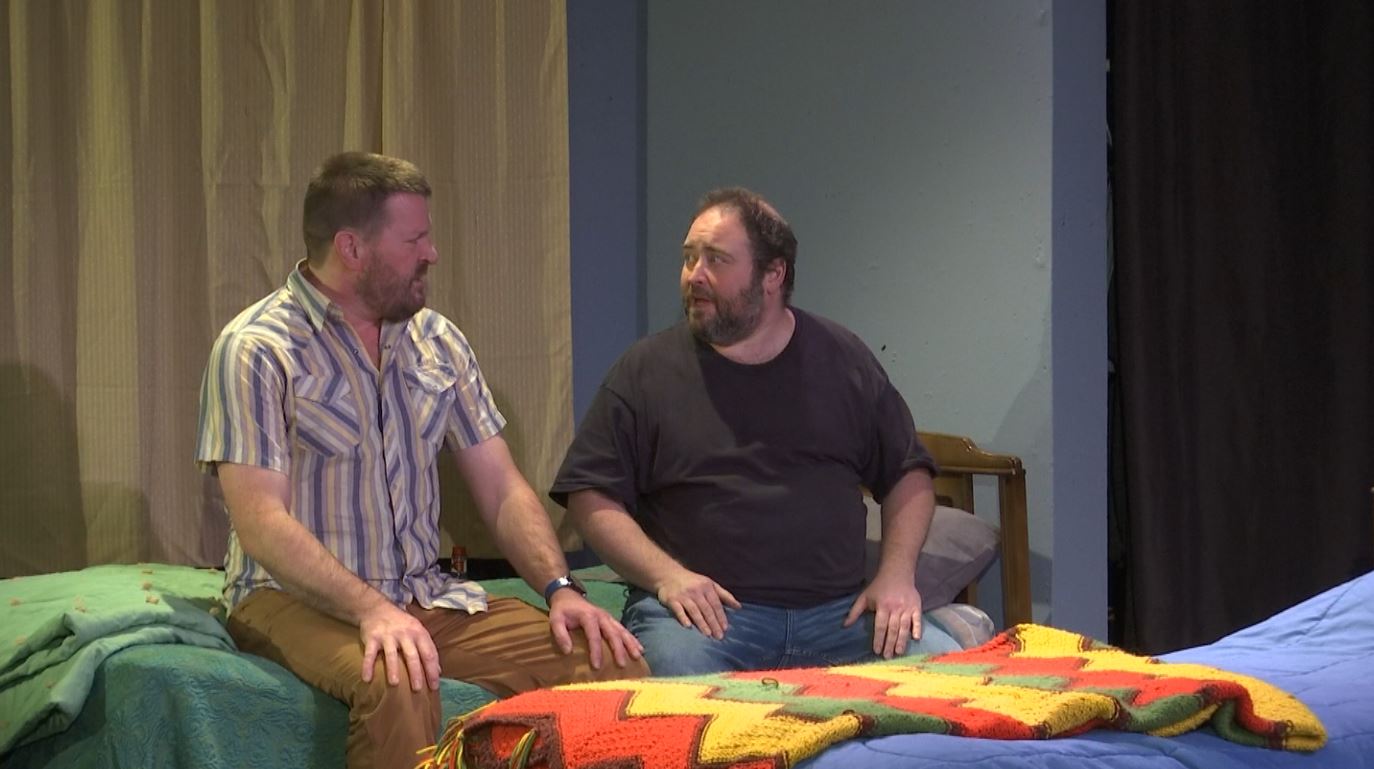 “The Boys Room” play focuses on a dysfunctional family after two brothers move back in with their mother in their old childhood rooms.

In a smaller, more intimate setting, the show is a completely different theater-going experience compared to a big musical. A setting actors in “The Boys Room” really enjoy.

Reagan Kern, who plays Roann, says, “I love performing in these smaller black box theaters as we call them. When you sit in the audience, you really feel like you’re part of the story. You feel like you’re just sitting in your living room just watching this unfold.”

Ellie Martin, who plays Susan, shares her experience acting in a black box theater saying, “You can kind of feel the audience with you. Like in a bigger venue, sometimes you don’t feel that, but this is a really intimate space. So they’re kind of with you for the ride.

The Zeitgeist Theater wants to have their audiences leaving future their shows having conversations. And with smaller plays they aim to achieve that. Jody Kujawa, who plays Tim, feels that audiences become more invested in the characters in a smaller show like this. He says, “You get to know the characters, you get to find out who they are, and you become more invested in them. With something like this you get to know everybody, and you get to know the dynamics of those four people and how they interact with each other in it.”