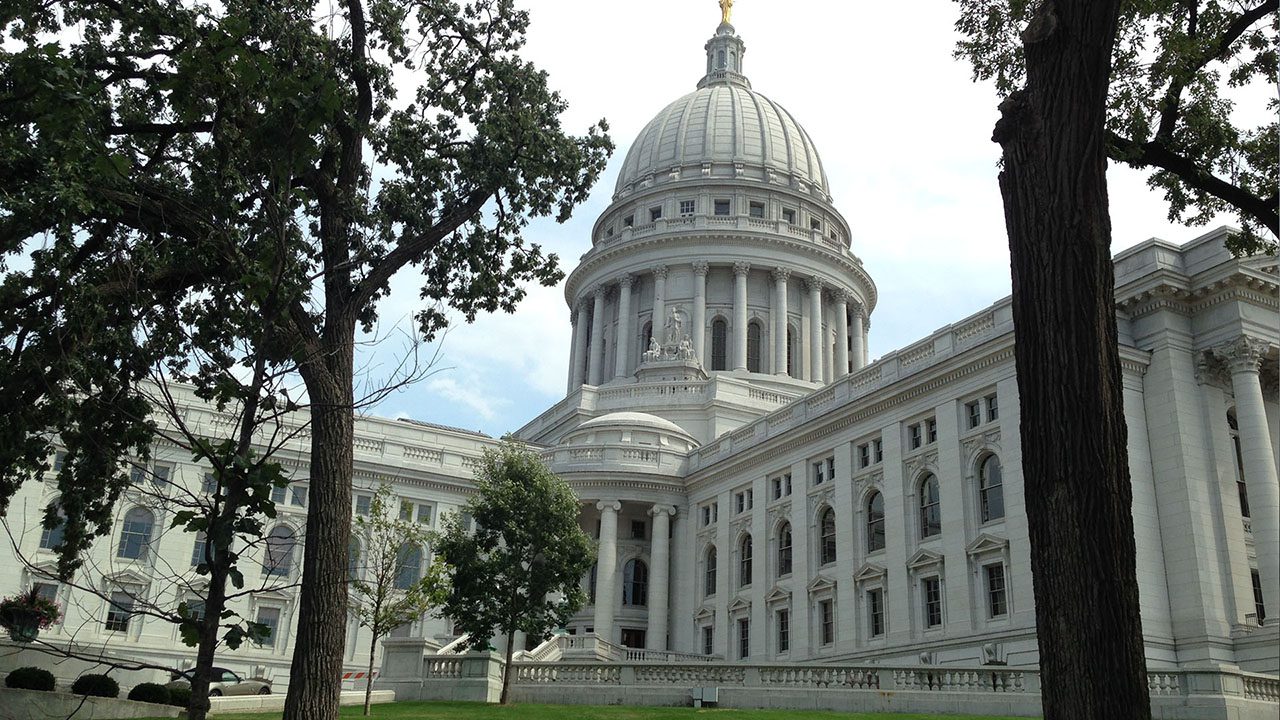 MADISON, Wis. (AP) — The Republican-controlled Wisconsin Assembly gave a final, bipartisan push Thursday to a proposed constitutional amendment that would make it harder for violent criminals to get out of jail on bail.

The measure will now go before voters to be ratified in the statewide April 4 election. Its passage in the Assembly by a 74-23 vote marks the culmination of a push by Republican lawmakers to speed the amendment before voters.

Putting the amendment on the April ballot gives the Republican-controlled Legislature a chance to score an early win in the new legislative session while avoiding a veto from Democratic Gov. Tony Evers. The proposal’s popularity with conservatives could also drive supporters to the polls in a pivotal election that will determine ideological control of the state Supreme Court.

“It is a huge step in the right direction for holding violent, career criminals accountable,” Republican Rep. William Penterman said.

The amendment would require a judge to consider a defendant’s potential risk to public safety, including his or her criminal history, when setting bail. Currently, cash bail is set only as a means to ensure the person appears in court. Democrats have argued the amendment could create further inequity in the criminal justice system by allowing wealthy defendants to more easily get out of jail.

“If we’re serious about safety, there are other measures to do that,” said Democratic Rep. Dora Drake, pointing to reforms that are backed by liberals such as eliminating cash bail.

Opponents also have focused on what they see as a glaring problem in how the law could be applied. The added considerations in setting bail would apply only to violent criminals, but state law currently offers three different definitions for what constitutes a violent crime. Judges would have to decide which definition to follow unless and until lawmakers clarify what definition applies to bail.

Republican Rep. Cindi Duchow, the amendment’s chief Assembly sponsor, said Thursday that she plans to introduce a definition in the coming weeks that would include crimes such as rape, child molestation, human trafficking and murder but not extend to misdemeanor offenses. Opponents were concerned lawmakers might wait until after the law was passed to define its scope.

Amendment supporters have been working since 2017 to pass it. Their efforts gained momentum in 2021 after Darrell Brooks Jr. drove his SUV into a Waukesha Christmas parade, killing six people. Brooks had posted $1,000 in an earlier case just two days before the Nov. 21 parade. Sen. Van Wanggaard, the bill’s lead sponsor, said Tuesday that the measure was not a reaction to the parade killings.

Judge Jennifer Dorow, who presided over Brooks’ trial and is running for state Supreme Court, voiced her support after the vote.

“The law needs to make clear that dangerous people accused of serious crimes need to be locked up—period,” she said in a statement. If Dorow wins the primary in February, her name would appear on the April ballot alongside the bail amendment.

Earlier this month, the state Supreme Court in neighboring Illinois halted a law that would have ended the state’s cash bail system. The California Supreme Court ruled in 2021 that it’s unconstitutional to impose cash bail on a defendant who can’t afford it. Legislators in that state have been working for months to end the cash bail system but their efforts have so far failed.

The Assembly also voted along party lines Thursday to pass an advisory referendum backed by Republicans for the April ballot. The nonbinding measure will ask voters if they believe that able-bodied, childless welfare recipients should be required to look for work.

State law already requires recipients of unemployment benefits to look for jobs. Republicans have also passed work-search requirements to receive other welfare benefits, but COVID-19 pandemic restrictions from the President Joe Biden’s administration have put those laws on hold.

Harm Venhuizen is a corps member for the Associated Press/Report for America Statehouse News Initiative. Report for America is a nonprofit national service program that places journalists in local newsrooms to report on undercovered issues. Follow Venhuizen on Twitter.