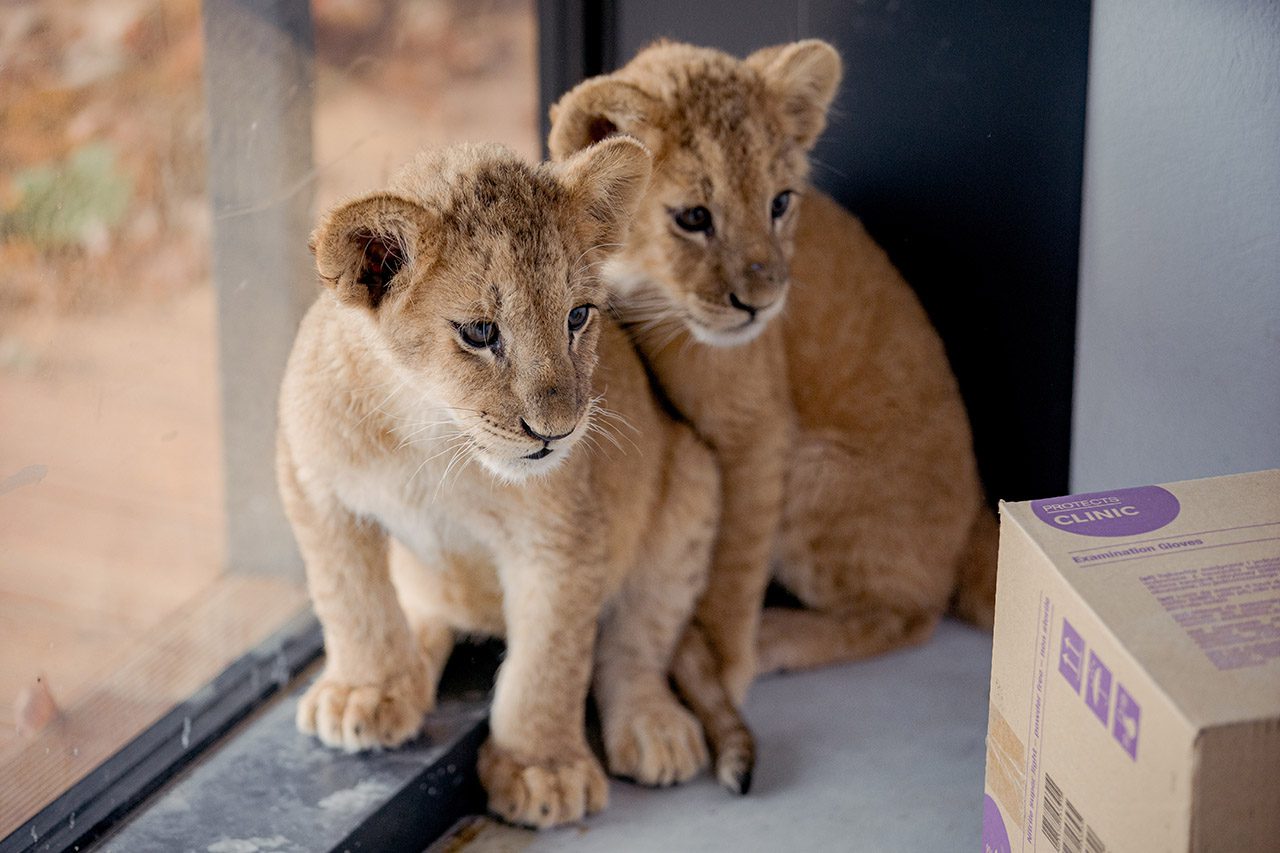 Lion cubs rescued from war in Ukraine at the Poznan Zoo. (Holly-Marie Cato)

The Wildcat Sanctuary (TWS) in Sandstone, Minn. may soon have four new lion cubs at their facility. According to the Sanctuary, four lion cubs from the Ukraine will need a home in a long-term care sanctuary.

According to a press release, the cubs, all younger than four months, arrived safely at the Poznan Zoo in Poland, where they will be cared for until onward transport to a long-term care sanctuary is arranged. According to their permits, the cubs were surrendered to animal rescue organizations, VetCrew in Odesa and Wild Animal Rescue in Kyiv, after local officials started to enforce laws on the exotic pet trade in Ukraine.

“An estimated 200 lions live in private homes and as the war rages on, they face increasingly grim outcomes,” Meredith Whitney, Wildlife Rescue Program Manager at the International Fund for Animal Welfare (IFAW) said in a release from the Wildcat Sanctuary in Minnesota.

“These cubs were in critical need of rescue and we worked with two exceptional organizations in Ukraine to move them to safety as quickly as possible.”

As the majority of big cats bred in captivity have limited care options and cannot be released back to the wild, IFAW hopes to bring these cats to two legitimate sanctuaries, The Wildcat Sanctuary and another in Europe.

“IFAW reached out to us about the four lion cubs because our team is experienced in international big cat translocations,” Tammy Thies, Founder and Executive Director at The Wildcat Sanctuary said.

IFAW previously worked with TWS to support the intake care of two white lions rescued from Tiger King Park in United States. Pending issuance of all required permits, IFAW and TWS will partner to ensure the safe translocation of the lion cubs.

“There was a bit of serendipity in this rescue because we have an enclosure that is specifically designed for a pride of lions and the cubs are a male and three females. We were thrilled to be able to offer these cubs a beautiful, one acre habitat together and hope to welcome them home soon,” Thies added.