WDIO Special Report: What happened after the double fatal crash in rural Nashwauk

Their love story started with a class ring.

“I said, Jeez, I like this ring. You should tell him I would like to date him,” Sue Ekholm recalled.

So they went on a date. And the rest is history. “I just fell in love with him. I just knew he was the right guy,” she said.

That guy was Jeff Ekholm. The couple raised four kids while Jeff was working for the railroad.

He was a volunteer firefighter for Nashwauk for many years, dating back to the early 80s. 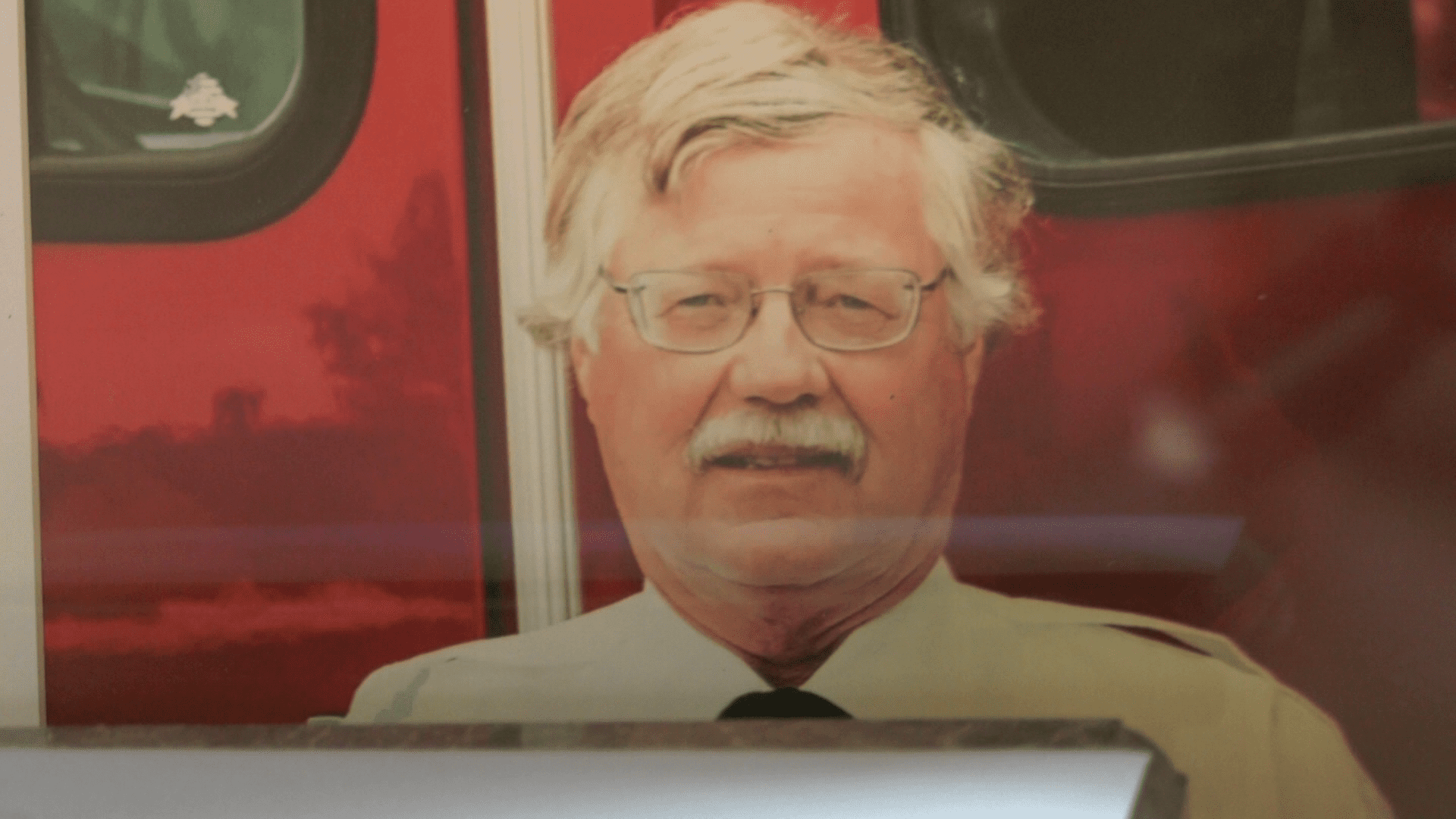 In June of 2021, he was the one who needed help. He was driving a dump truck full of gravel back to his house. At the intersection of County Roads 336 and 57, the truck and an ambulance collided.

It was the same spot where DNR conservation officer Sarah Grell died in a crash just a couple of weeks earlier.

“I was waiting and waiting, and he didn’t get back home. Then his pager went off for the fire department, and it said they needed the Jaws of Life at that intersection again. And I’m like, oh my, it’s him. So I threw on some different clothes, jumped in the car and took off. I prayed the whole way,” Sue recalled.

Jeff’s brother, Brian, and sister-in-law, Sally, had heard the page and rushed to the scene. They found Jeff hanging upside down in the truck.

“He (Brian) was with him, and Jeff stopped breathing three times, and he got him back,” Sue said.

Jeff spent a few nights at St. Luke’s with serious injuries. But beyond the physical problems, was his pain from finding out what happened to the others.

“He felt horrible when he heard there were fatalities that day,” Sue told us.

At the crash site, added to the memorial for Officer Grell, are the names Troy and Joey. Troy Boettcher was the paramedic in the back of the ambulance with Joey Latimer, the patient. Both of them died.

For Sue and Jeff, they had some additional time. “I was glad he was still with me, and the kids, and we tried to make every minute last forever,” she said.

But he wasn’t the same. “He never really got any better. And he kept telling me that the crash took 10 years off my life. I can feel it,” Sue recalled.

Also, Sue said that Jeff felt like the crash was somehow his responsibility.

“It was hard on him all year. And I think he had this feeling that he had something to do with it. I kept telling him, no, you didn’t. It was not your fault,” she said.

Then, more tragedy. In May, Jeff collapsed suddenly while mowing the lawn, and died soon after. He was 68-years-old.

Right before that, his family said he had gotten word that a report from the state patrol had come out and said the ambulance driver had failed to yield to the right of way of the oncoming traffic.

The Itasca County Attorney’s office declined to charge or cite the driver, Kim Hake. That is upsetting to the Ekholms, who had more questions.

According to County Attorney Matti Adam, a major factor has to do with the way the crash was investigated. Specifically, the conduct of trooper Tesa Johnson, and how her actions, “at the minimum, created an appearance of bias.”

A letter from Adam to the state patrol from July said that there is evidence that Trooper Johnson had a personal connection to the ambulance driver and that she was communicating with the driver outside of the official investigation.

Also, Adam said photos taken at the scene were taken but not disclosed to the county attorney.

Johnson was put on administrative leave, and later terminated.

The state patrol said in a statement, “Because of her actions, Johnson as discharged from employment on April 14, 2022. The crash that took two lives was a tragedy for everyone involved, their families, and the community. The county attorney detailed multiple reasons why charges were not filed in this matter, a decision we respect as theirs to make.”

A second complicating factor, according to Adam, is that the other living witness, Jeff, died.

And the county attorney’s office still does not believe they have a complete case file.

Together, those make it, “difficult, if not impossible to prove beyond a reasonable doubt,” charges such as criminal vehicular homicide or even lower level charges.

In a recent statement to WDIO News, Adam said, “Based on the evidence presented to the Itasca County Attorney’s office, as well as the circumstances related to the investigation, Itasca County declined to prosecute the case arising out of the accident.”

Former trooper Johnson spoke with WDIO. She confirmed that she did take photos at the scene after her interview with Hake at the hospital. And they were with her personal phone, which is against agency policy. Johnson said that was due to lending another trooper her official work camera. She told us she forgot to upload those photos from her work computer to the shared case file, which she said was a mistake.

Johnson told us the photos were intended for official investigative purposes only. She believes the signage at the intersection wasn’t visible and was not placed where it normally would be, and taking photos of that for evidence was urgent.

She added that she took an oath to serve and protect, and believes she is being used as a scapegoat by Itasca County to avoid civil suits.

Hake declined to comment on this story, based on the advice of counsel and pending litigation.

Meds-1 told us that Hake no longer works for them, but declined to comment any further.

It’s now more than a year and a half since that terrible day, and still so much pain.

For Sue, it’s about adjusting to being a widow. “I had the fire department come and help me put some wood in the woodshed. I was learning how to back up the trailer, and the last time I did it, it was perfect. I said, Jeff, I did it!”

Still, she’s trying to find a way to move forward. But without the love of her life.

According to one of the state patrol reports, one trooper had conversations with the Itasca County Highway Department after the first crash, asking for additional safety measures at the intersection.

The county did make changes after the second crash, including bigger stop signs, and ones that have blinking lights on them.