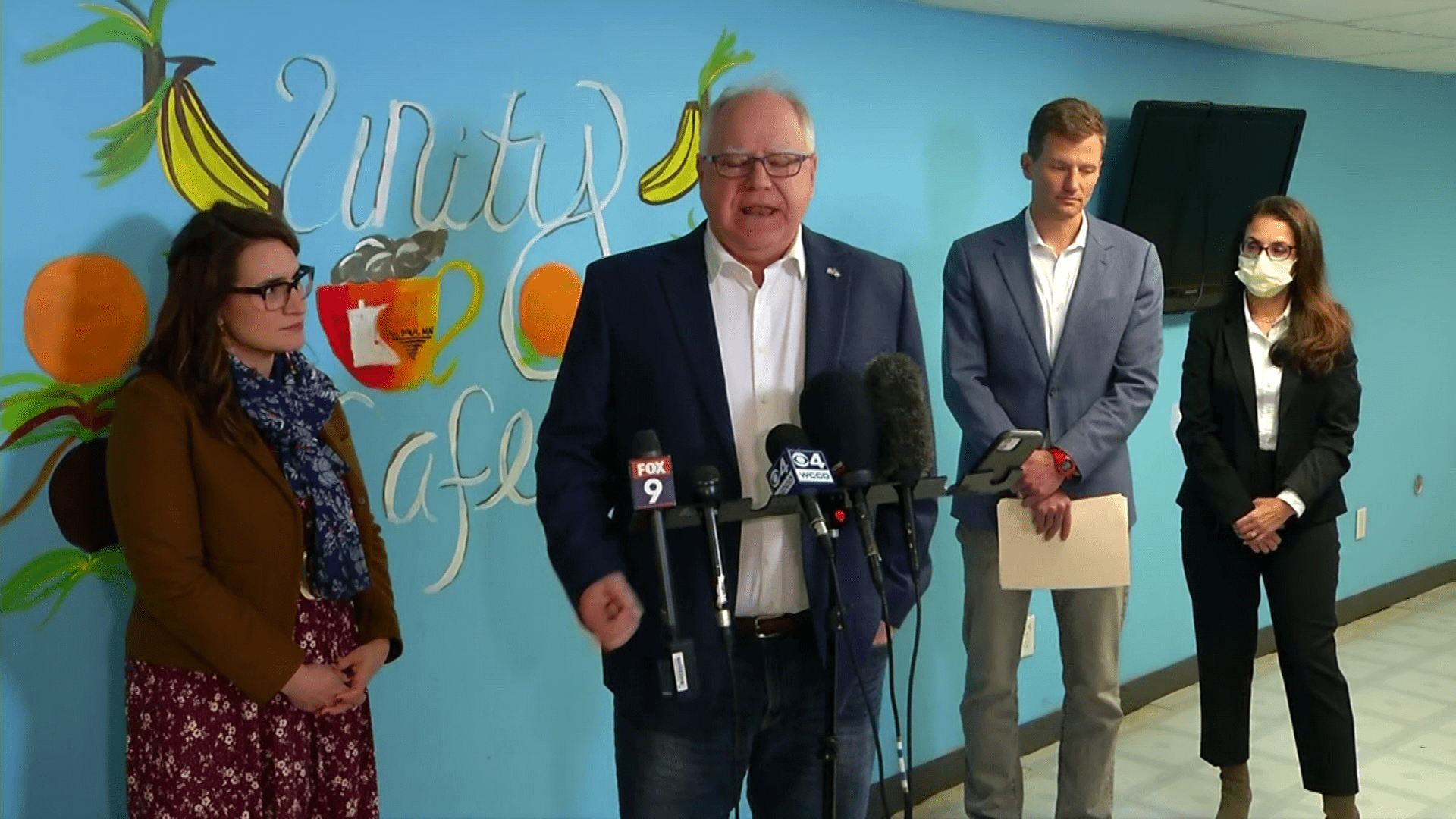 “Since day one, we’ve been committed to making Minnesota the best state in the country to raise a family,” said Governor Walz.

Providing Minnesotans with paid leave, as well as increasing state investment in schools and childcare is how Governor Walz is planning to achieve that vision.

“We know that those first days, weeks and months with a newborn are critical for that child’s overall development and for bonding with their parent and caregivers,” said Pediatrician Dr. Eileen Crespo, of Minneapolis.

Minnesota workers who qualify are able to take up to 12 weeks of “job protected” unpaid leave under the Family and Medical Leave Act of 1993 but lawmakers want to do more.

The proposed plan would make all working Minnesotans, including small business owners and the self-employed access to paid medical and family leave for “longer-term” life events such as giving birth to a child, to care for a loved-one or to recover from an illness.

The program would be funded by contributions from employers and employees—about 0.31% of an employee’s wages, around $2 a week for Minnesota’s median worker—with payments and administration handled by the Minnesota Department of Employment and Economic Development.

Dana Kennedy, a cancer survivor and retired Public Information Officer with St. Paul Public Schools spoke about the hardships her family faced while she underwent treatment without paid family leave.

“My husband had to cook, shop, clean, and work, and take care of a five-year-old,” said Kennedy. “There are families like mine across Minnesota who are struggling or who have struggled because they can’t take time from work to care for loved-ones.”

According to a Minnesota Department of Health report, almost 2/3 of Minnesota mothers took unpaid maternity leave after giving birth.

“Just because you’re a pediatrician doesn’t mean you’re a parenting expert,” said Dr. Crespo. “I remember 27 years ago when my first child was born, bringing home this infant and even though I was a specialist and a professional, how overwhelming that experience was.”

According to the Minnesota Department of Health, the evidence shows that fewer infant deaths, improved birth and developmental outcomes and improved maternal mental health are among the benefits seen by families with access to paid leave.

Supporters of the proposed program include faith leaders, labor unions and healthcare groups who contend it will help employers retain employees and empower small businesses to provide paid leave that may wish to, but lack the resources to do so.

“We strongly encourage our legislators to pass paid family medical leave for all Minnesotans to be able to enjoy the opportunity to spend time with their children during that critical time, said Dr. Crespo.

Some Minnesota business owners object to the mandatory nature of the proposed program, advocating for a voluntary application of the system.

If the program is implemented, Minnesota would become the 12th state in the nation to offer its residents paid family and medical leave.

Hearings in the Minnesota state senate will be held to consider and debate the proposed details of the program, where stakeholders will be given an opportunity to voice concerns related to the implementation of a paid family and medical leave program in Minnesota.