The state patrol has confirmed it was a fatal crash off I-35 near the Scanlon exit on Tuesday. The second person has been identified as Steven Henry Kimber. The 80-year-old was driving when the crash happened.

The passenger was 78-year-old Barbara Jean Kimber. Both were from Carlton.

According to the incident report, a Ford Explorer heading south left the roadway and submerged in the St. Louis River.

This happened around noon. Multiple law enforcement and EMS teams were on the scene.

*** Story updated: MnDOT first reported the accident was in the northbound lane. 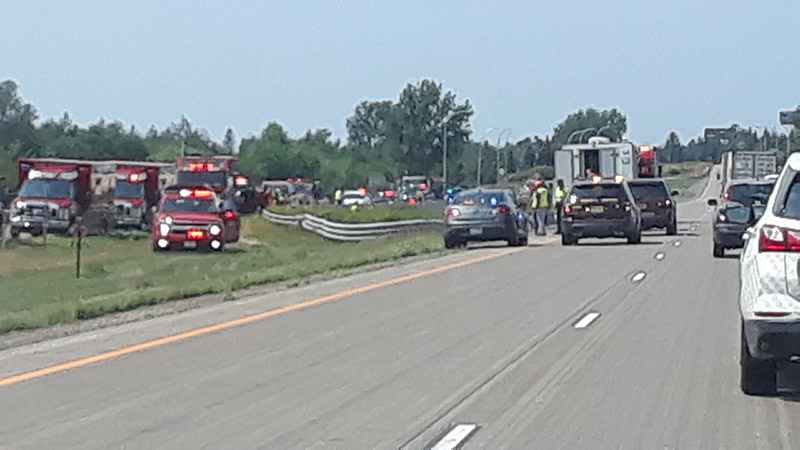 Traffic accident near Scanlon, on I-35 Southbound. [WDIO]