Authorities have released the name of the man killed in a dump truck incident on the Iron Range. The St. Louis County Sheriff’s Office says 38-year-old Randy Gary Gustafson from Grand Rapids died at the scene from injuries sustained in the accident.

The crash happened in Clinton Township, on Spirit Lake Road near Virta Road West, just before 1:30 p.m. on Monday. The sheriff’s office says the northbound dump truck went off the road and rolled over. Gustafson who was driving the truck, was pronounced dead at the scene. There were no passengers in the vehicle. 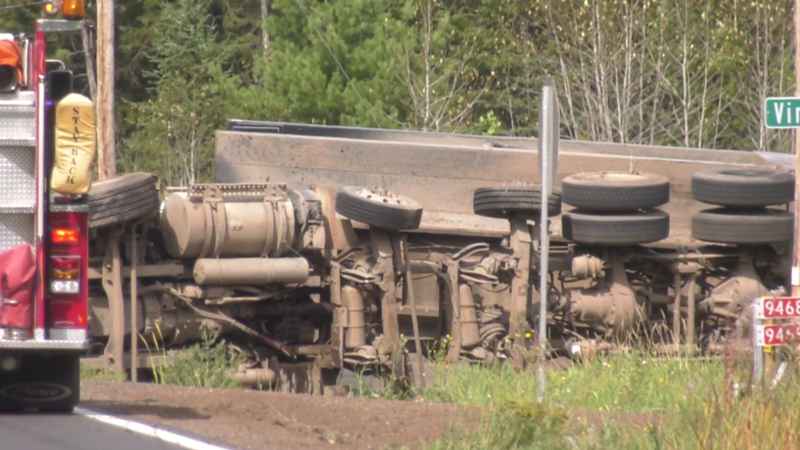 A driver died in a rollover crash on Monday.[WDIO-TV file]