Time to hit the railroad again with the 332 Steam Locomotive

“For the first time since 2019, our number 332 steam locomotive is all steamed up and ready to go. It is pulling our 1:00 Duluth Zephyr Train this afternoon. This is its first revenue service since it went through a COVID hiatus and another rebuild on the locomotive,” says Ken Buehler, who is also; the General Manager of the North Shore Scenic Railroad.

Buehler shared that People who came out to take a ride on the North Shore Scenic Railroad were in for a sweet treat without evening knowing what was going on.

“This was a surprise to our passengers; because yesterday was a workday on the engine, and we took some practice runs yesterday. If it made good on the practice runs, then we were going to put in revenue service today. But if we had any problems yesterday, we did not want to promise something we could not deliver. So that is why these people here are going to get a special treat this afternoon. They think they are grinding behind a diesel locomotive on the balloon Zephyr, and they have got the 332 steam engine instead.”

In a press release by the Lake Superior Railroad Museum, The 332 Steam Locomotive “was built in 1906 by ALCO locomotive works in Pittsburgh, Pennsylvania for the Duluth Missabe and Northern Railroad, a predecessor to the DM&IR, which is now today the Canadian National”. 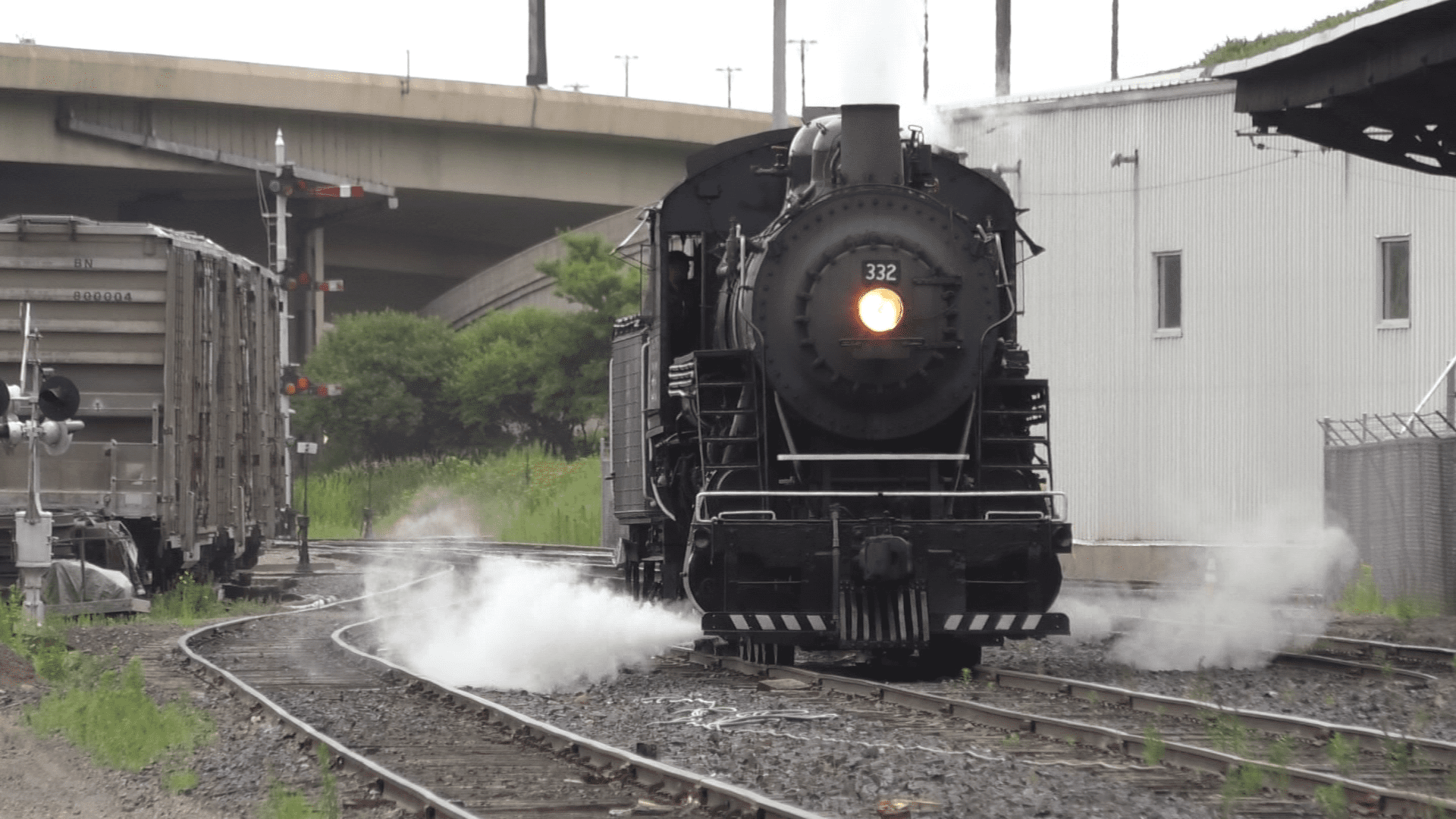 Engine #332 is quite historic because of where all of its operational time was located.

“This one spent its entire working career here in the North Land, first for the Duluth Missable and Northern, then for the Duluth in Northeastern and Cloquet, and now on the North Shore Scenic Railroad. So its entire life has been spent working, pulling trains right here in our area. There are only about 150 working steam locomotives in entire North America. And we have one of them right here in Duluth,” Buehler stated.

Before the steam locomotive could hit the railroad, there was a lot of work that went into fixing it up, explained Buehler.

“The engine was donated to the Lake City Railroad Museum by the Duluth and Northeastern Railway, which was now the Cloquet Terminal Railway in Cloquet, in 1974. It sat in the collection for many years until Bob Purcell, who was running the Cloquet terminal, decided this thing should run again. So they rebuilt it. It was a $750,000 restoration, and we have been using it on the North Shore Scenic Railroad for the last couple of years.”

The original restoration, which took place over four years, and nearly $38,000 was invested into repairs Buehler said, “we need to rebuild a couple of items on it, like the air pump and the injectors and things like that. All the work on this engine has been done by volunteers at the Lake Speer Railroad Museum.”

With the wheels going, engine turning, and horn blowing, the question lies; what is next for 322?

“Now, people should go to DuluthTrains.com because sometime this week, we will announce a regular schedule for running this in the fall and autumn. So it will have regular runs, and those plans will be nailed down this week.”