Thousands of striking nurses return to work in Minnesota 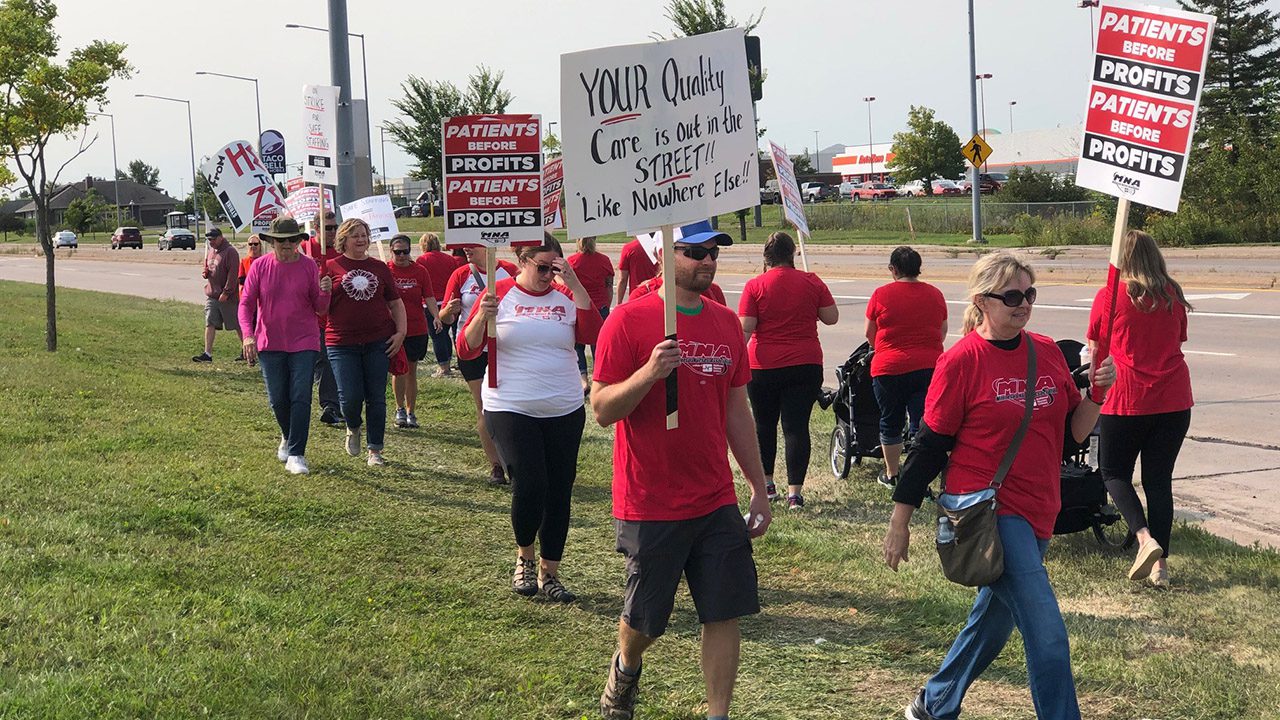 Nurses walk the picket lines in front of local hospitals on Monday. (WDIO)

MINNEAPOLIS (AP) — Thousands of nurses returned to work Thursday at Minnesota hospitals following a three-day strike over wage increases and staffing and retention made worse by the coronavirus pandemic.

Members of the Minnesota Nurses’ Association at 15 hospitals in the Twin Cities and Twin Ports walked off the job Monday. Nurses could soon learn what impact the strike may have had on efforts to reach a new contract.

The Twin Cities Hospitals Group said in a statement Thursday that negotiators were expected to return to talks sometime next week.

Some 15,000 nurses at seven health care systems in the Minneapolis and Duluth areas walked out, a number the union says makes it the largest strike ever by private-sector nurses. The affected hospitals recruited temporary nurses to cover for striking union members.

The hospitals have offered a 10-12% wage increase over three years, but nurses are seeking more than 30%. Hospital leaders called their wage demands unaffordable, noting that Allina and Fairview hospitals have posted operating losses and that the cost of such sharp wage increases would be passed along to patients.

The hospitals affected by the strike are operated by Allina Health, M Health Fairview, Children’s Hospital, North Memorial and HealthPartners. In Duluth, it is Essentia and St Luke’s.