The Mark Barker Ships Out

Today in Duluth marked the Mark Barker Lakers passage through the Twin Ports. The Barker is the first Great Lakes ship built by an American company since 1983, which marked the end of a lengthy boom time that included the arrival of the immense 1,000-footers. The new boat is something different than a standard bulk-cargo hauler like those built four decades ago.

At 639 feet long, the Mark W. Barker will be the smallest vessel on the Interlake roster. It’s designed to carry oversize project cargoes, like wind turbine blades, in addition to things like taconite iron ore, limestone or salt.

The people of Duluth lined up all across the pier to see the vessel pass by.

“It means a lot to people, too. It shows that shipping is still a viable thing. Shipping is real. Shipping is a part of our shipping built this town, and the good union men and women can build the ship after 30 years and build a ship to make it last,” says Joel Heller a proud parent along with his son.

“You know, I’ve been watching ships for so long. I think when I first heard about it, I was like five. But it’s just always had a personal connection to me in the city. It’s something people underlook,” says Noah Heller a self- proclaimed boat nerd. 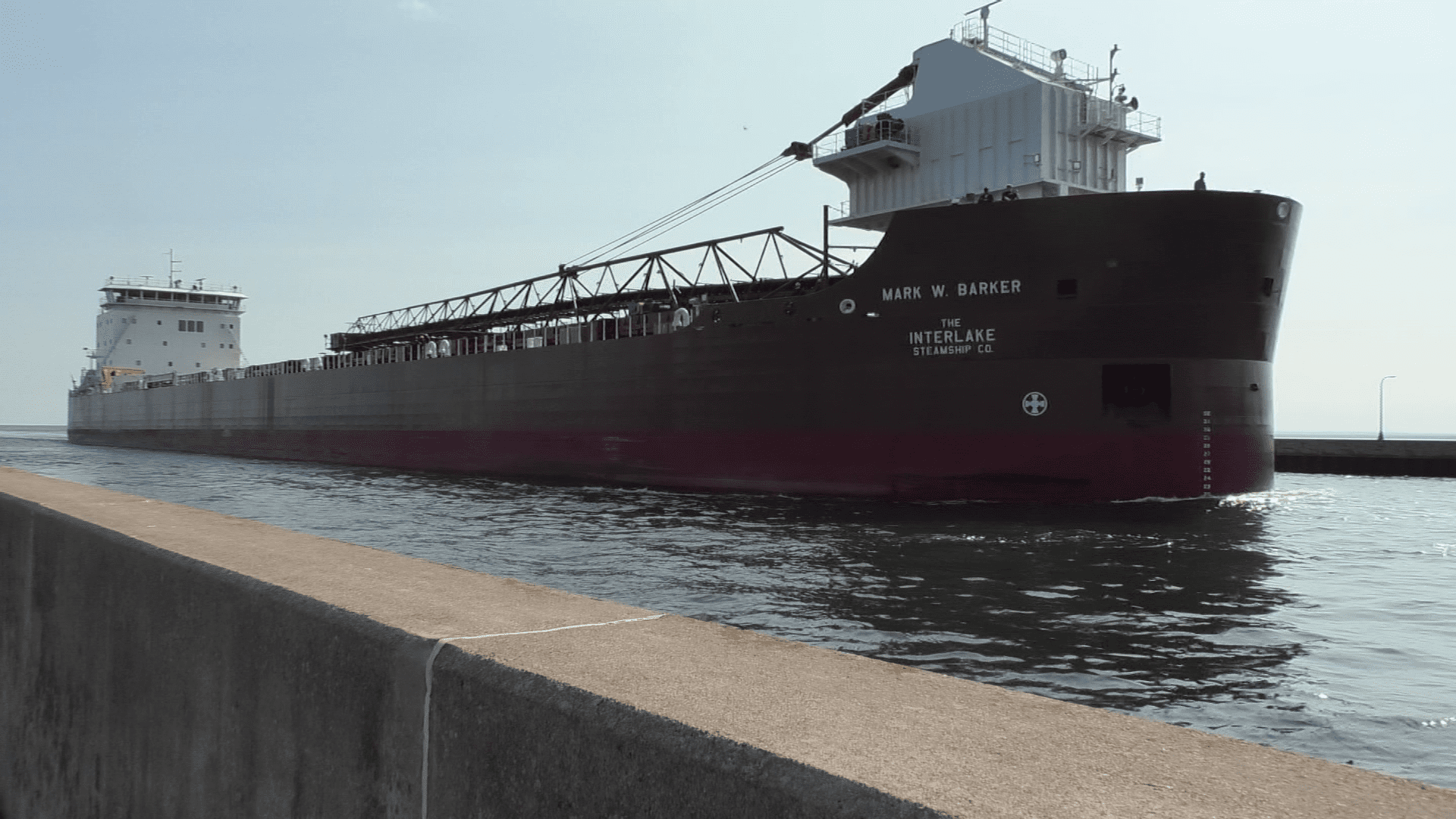 The ship unloaded salt, and will bring back a load of iron ore, which will then be made into steel. The Barker sets full sail on its voyage this summer 2022.