Summer in summary: Average for Duluth

Overall, summer 2022 was rather average for Duluth. Each month of June, July, and August varied slightly from normal monthly temperatures and precipitation. The climatological normal is for the 30-year period of 1991-2020.

The summer wasn’t as close to normal for other parts of the Northland. Hibbing was wet and on the warm side. June in Hibbing was a touch dry with precipitation falling 0.32″ below normal, but this was followed by a July that was 1.70″ above normal and an August that was 1.26″ above normal. Temps were near normal June and July, then August was 1.4° above normal.

International Falls also had a wet summer. The monthly departure from normal for precipitation was +0.53″ for June, +0.76″ for July, and +0.38″ for August. The average monthly mean temperature was precisely the normal for June and 0.6° above normal in July. August was the warm month with a mean temp 2.9° above normal.

Brainerd had a warm and dry summer. The mean monthly temperature departure from normal was +2.2° in June, +1.0° in July, and +1.5° in August. Precipitation fell short by 1.60″ in June and 2.13″ in July. These two dry months were followed by a wetter August that ended up being above normal by 0.61″. 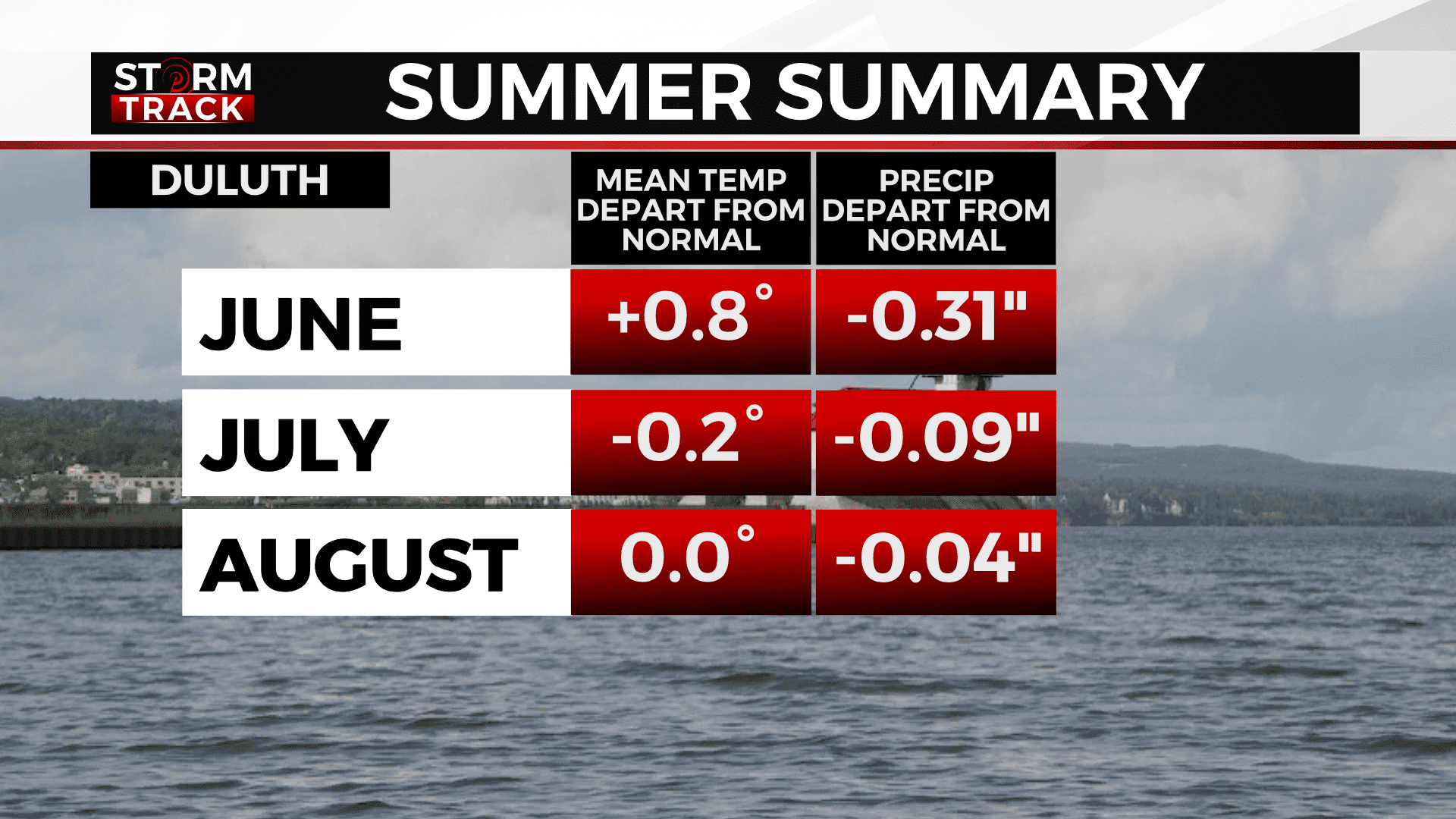 September is off to a warm and dry start across the Northland.