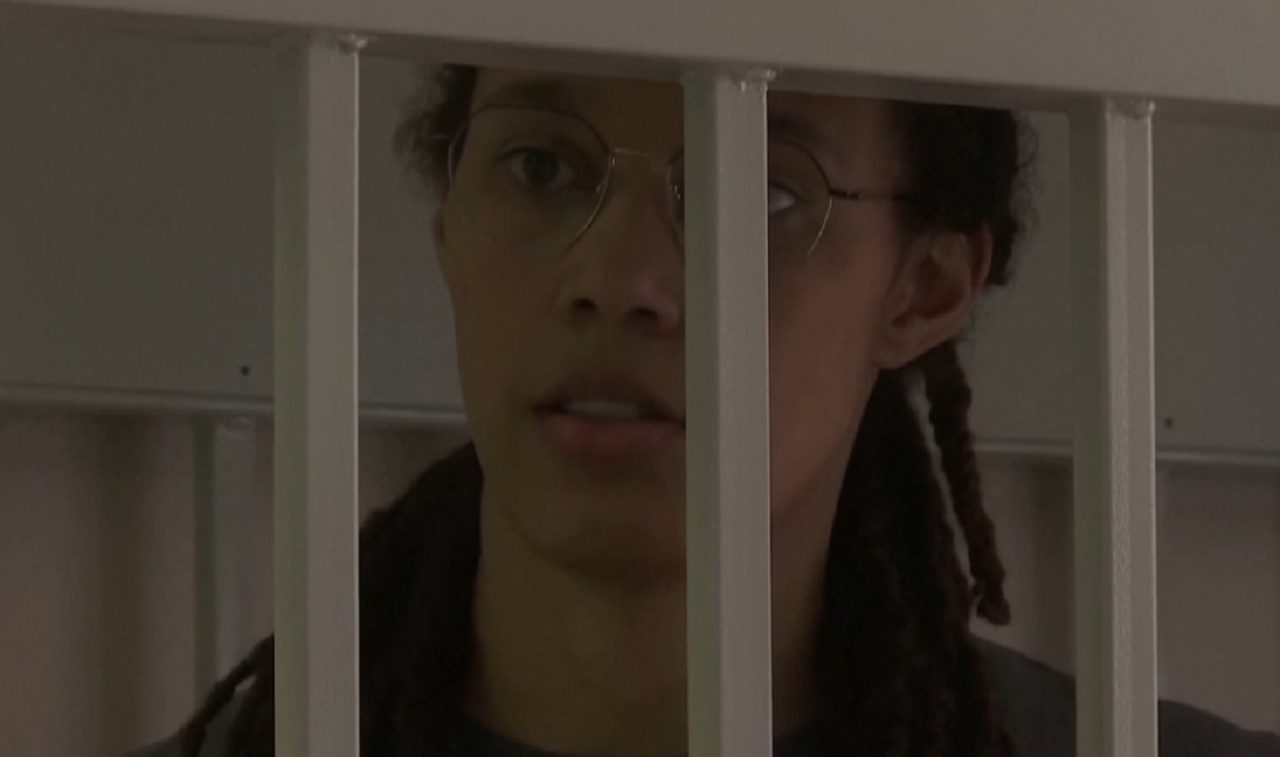 KHIMKI, Russia (AP) – A judge in Russia has convicted and sentenced American basketball star Brittney Griner to nine years in prison for drug possession and smuggling.

Judge Anna Sotnikova said the time Griner has served in custody since her arrest in February would count toward the sentence.

Griner reacted to the sentence with little emotion.

Under Russian law, the 31-year-old Griner faced up to 10 years in prison, but judges have considerable latitude on sentencing.

Attention now turns to the possibility of the U.S. and Russian agreeing to a high-stakes prisoner swap that would free the two-time Olympic gold medalist.

(Copyright 2022 The Associated Press. All rights reserved. This material may not be published, broadcast, rewritten or redistributed without