There are only a few days left of work for Sheriff Ross Litman, as he prepares to retire on December 31st.

He’s been with the St. Louis County Sheriff’s Office for 30 years, starting as a deputy. He really enjoyed being an investigator.

“It’s not about arresting bad people and throwing them in jail. It’s about seeking and finding the truth, and solving the case,” he said.

As for the best part of being sheriff, which he has been since 2003, he says it is seeing the successes of the people he’s worked.

He won’t miss the sleepless nights worrying about a high risk call. Or wearing his duty weapon each day. And he still worries about the mental health strain that law enforcement officers sometimes deal with. 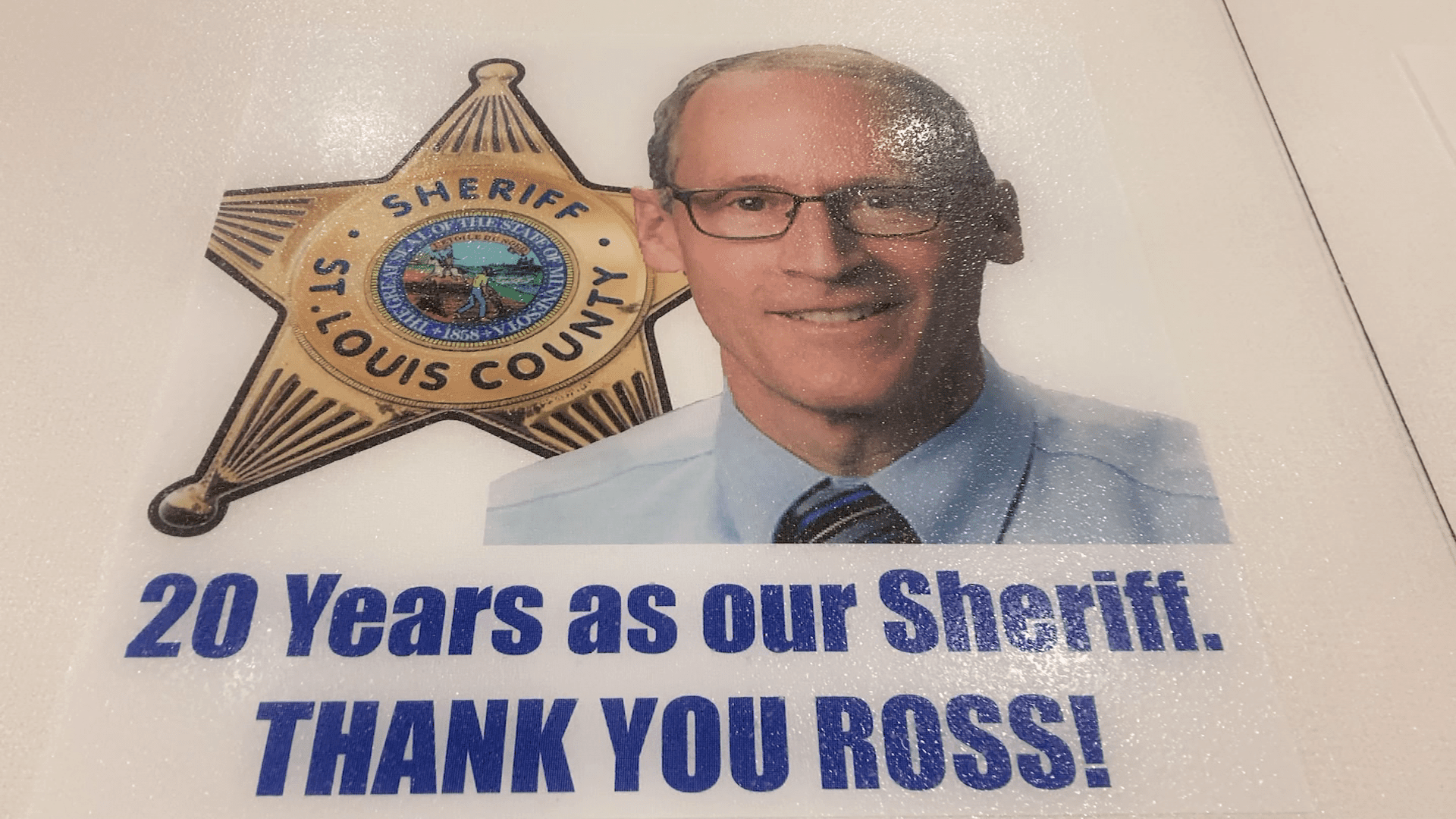 But he will miss the swearing-in ceremonies, which is a special time to welcome employees into the office. And he enjoyed those major moments, like solving a cold case or finding a missing child.

More recently, his first responder training kicked in. Last December, he was curling in St. Paul when a fellow curler collapsed on the ice. Litman started CPR, and called for an AED.

“When Jim rose up off the ice when he got shocked, just to see him take that breath and life come back into him, was one of the most remarkable, amazing things I’ve ever seen in my life.”

He has some advice for others who are in this career. “I don’t take myself very seriously, but I take my work extremely seriously.”

Litman added it’s important to move past differences and work together.

As for what’s next, he is in the middle of the competitive curling season. “I don’t know that I’ve really had a plan in my life, and I always seem to land on my feet.”

It’s all flown by so fast. “I’ve told people I’ve had the greatest job in the world.”

Incoming sheriff Gordon Ramsay will take over on January 2nd.