Remembering Riana Barry and her family

It’s now been six months since that terrible moment when Anjela Ayllon found out her big sister was gone.

“It’s still an everyday thing of not being able to wakeup from this nightmare,” she told us.

Back in April, Riana and Sean Barry, along with their two girls, Shiway and Sadie, were found dead in their Duluth home.

Police say they were killed by a relative. A man who the Barrys had been trying to help.

“We constantly think about, what did we miss? Was there anything we could have done to prevent it? But there wasn’t.” Ayllon said. 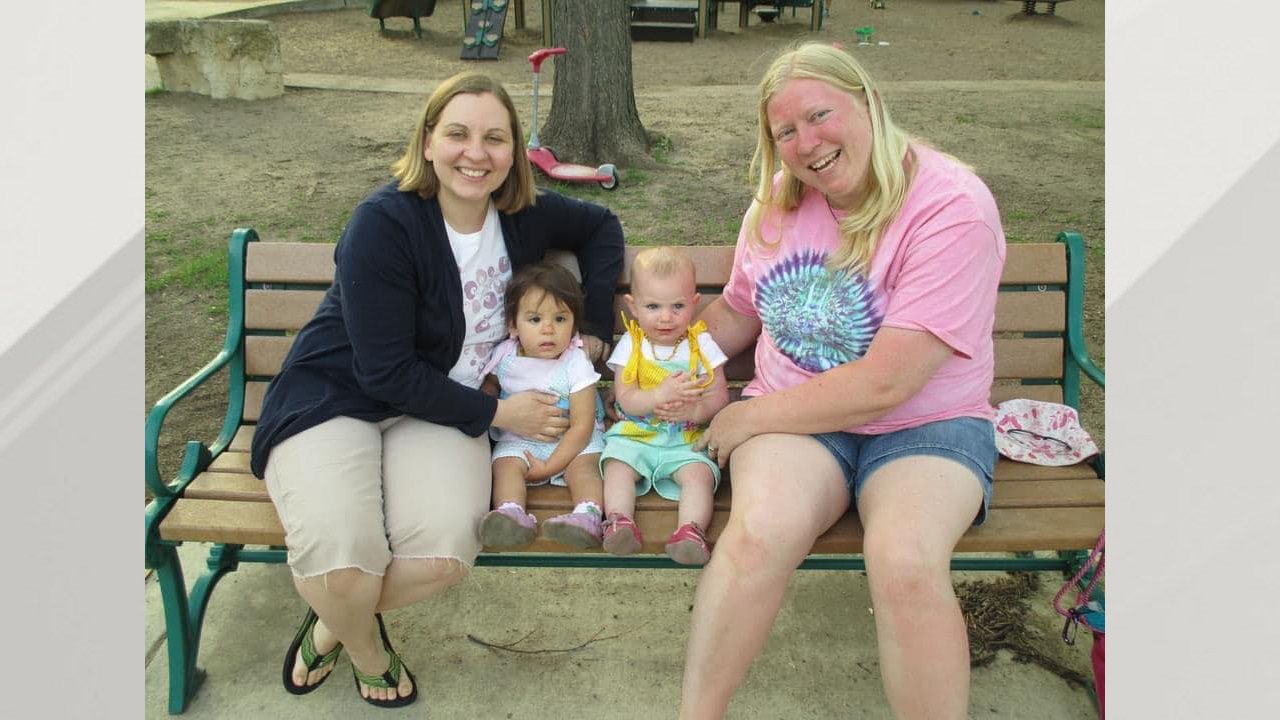 She is now feeling ready to share more about Riana and the family.

After graduating from Pine River, her sister wanted to see the world. “She joined AmeriCorp after she was in college. One of her assignments was up in Anchorage, for the Special Olympics,” Ayllon said.

It was there she met the love of her life, Sean, another adventurer. “He had visited six of the seven continents. And it was always their plan to finish the seventh,” she said.

After several years in Alaska, the Barrys moved south, to Duluth. They found the beauty of the Zenith city to be similar to that of their home state. And they had friends here.

Riana and the girls became part of a close-knit home school group, as well as the Girl Scouts. Those families have been providing comfort to Ayllon and others, while dealing with their own pain.

“It kind of helped to feel like we weren’t alone, and other people were really mourning them and in shock, just like us,” Ayllon explained.

And it’s not just friends in Minnesota. “I’ve gotten so many messages from around the world.”

The four Barrys now have tiles at the Duluth Angel of Hope. Ayllon attended the recent ceremony.

“It was emotional. Because it’s the first place in Minnesota we have to remember them,” she said.

The family’s ashes are in Alaska. Their home will be sold soon. “It was a house full of love,” Ayllon remembered.

There is an effort to put in a memorial in Duluth in a place the family loved, possibly a park.

Friends of the Barrys from near and far have been helping with all of this.

“Their friends have been very supportive. They send messages a lot. Like, Oh I was thinking about Riana or Sean or the girls the other day. I think that really helps to hear the memories that other people hold of the family.”

It is what she has left, of the sister who she talked to every day. Whose kids played with hers. Whose love knew no bounds.

“We just had this bond. Like no other bond can be,” she shared.

To help support the memorial project in Duluth, click on the GoFundMe: https://www.gofundme.com/f/shiway-and-sadie-barry-memorial?utm_campaign=p_cp+share-sheet&utm_medium=copy_link_all&utm_source=customer