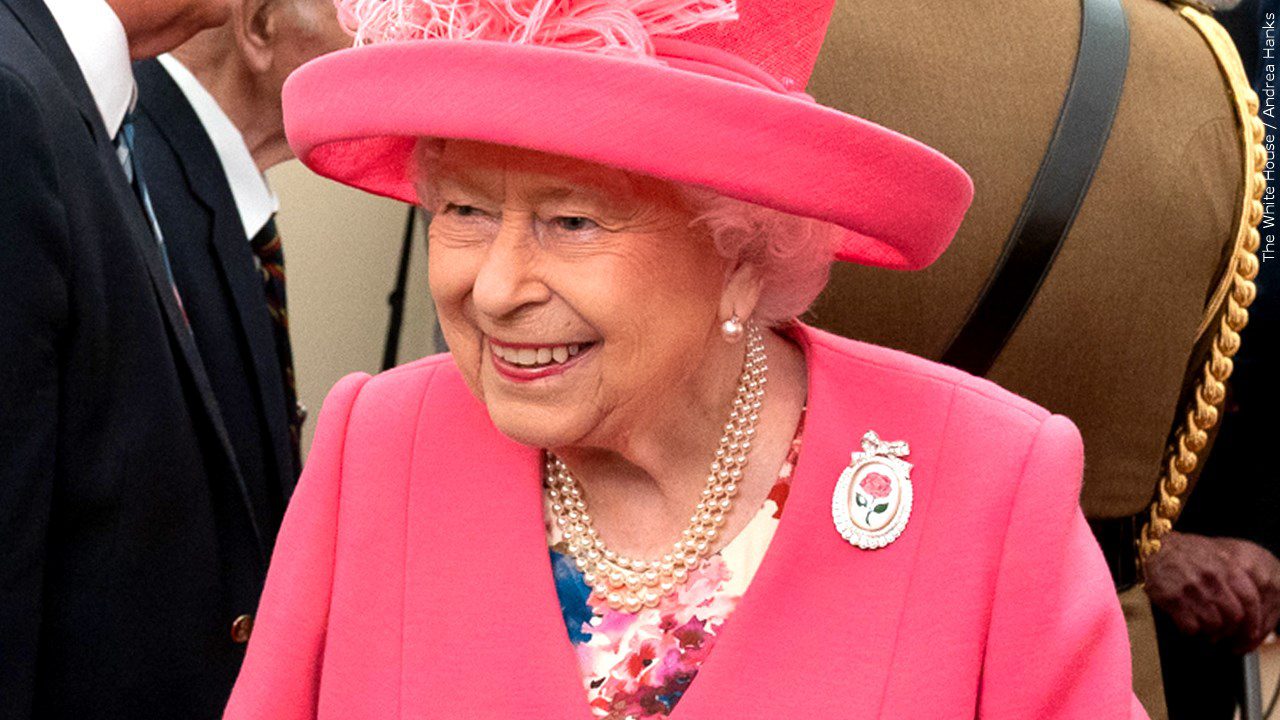 LONDON (AP) — Queen Elizabeth II, Britain’s longest-reigning monarch and a rock of stability across much of a turbulent century, has died. She was 96.

Buckingham Palace made the announcement in a statement.

A link to the almost-vanished generation that fought World War II, she was the only monarch most Britons have ever known, and her name defines an age: the modern Elizabethan Era. The impact of her loss will be huge, and unpredictable, both for the nation and for the monarchy, an institution she helped stabilize and modernize across decades of huge social change and family scandals.

With the death of the queen, her son Charles, automatically becomes monarch, even though the coronation might not take place for months. He will now be referred to as King Charles III.

King Charles, along with his wife, Camilla, and sister, Princess Anne, were with the queen at Balmoral Castle, her summer residence in Scotland. Other members of the royal family, including Charles’ sons, Princes William and Harry, were said to be in attendance.

The gathering of the House of Windsor came just three months after people across Britain paused over a long holiday weekend to celebrate the queen’s 70 years on the throne. While crowds of cheering, flag-waving fans filled the streets around Buckingham Palace throughout four days of festivities, the queen herself made only two brief appearances on the palace balcony to wave to her subjects.

Elizabeth has increasingly handed over duties to Charles and other members of the royal family in recent months as she recovered from a bout of COVID-19, began using a cane and struggled to get around.

“The whole country will be deeply concerned by the news from Buckingham Palace this lunchtime,” Truss said on Twitter.

“My thoughts — and the thoughts of people across our United Kingdom — are with Her Majesty The Queen and her family at this time.”

Since assuming the throne after the death of her father on Feb. 6, 1952, Elizabeth has been a symbol of stability as Britain negotiated the end of empire, the dawn of the information age and the mass migration that transformed the country into a multicultural society.

That steadfastness was seen Tuesday when she oversaw the handover of power from Prime Minister Boris Johnson to Truss in a series of carefully choreographed events steeped in the traditions of Britain’s 1,000-year-old monarchy.

Throughout her tenure, the queen has also built a bond with the people of Great Britain through a seemingly endless series of public appearances as she opened libraries, dedicated hospitals and bestowed honors on deserving citizens.

“I have no knowledge of precisely her health condition, but I get the feeling, somehow, we might be being prepared for something,” Deborah Langton, 67, a semi-retired translator, said outside Buckingham Palace. “And if that is, you know, the end, then that’s going to be very sad, I think, for a lot of people.”

Elizabeth, who famously dedicated her “whole life” to the service of Britain and the Commonwealth on her 21st birthday, has ruled out the idea of abdicating. As recently as Wednesday she issued a statement after the killing of at least 10 people in the Canadian province of Saskatchewan, saying: “I mourn with all Canadians at this tragic time.”

But the death of her husband, Prince Philip, in April of last year reminded the country that the reign of the only monarch most people in Britain have ever known was finite. During a funeral that was limited to just 30 mourners because of pandemic restrictions, the queen was forced to sit alone, hidden behind a black face mask, as she contemplated the loss of the man who had been at her side for more than 70 years.

That truth was the subtext of the Platinum Jubilee celebrations as newspapers, TV news shows and the walls of the palace were filled with images of Elizabeth as she evolved from a glamorous young queen in crown and diamonds to a kind of global grandmother known for her omnipresent handbag and love of horses and corgis.

Charles was front and center throughout the festivities as he stood in for his mother and demonstrated he was ready to take on her mantle.

Wearing a ceremonial scarlet tunic and bearskin hat, he reviewed the troops during the Queen’s Birthday Parade on the opening day of the jubilee. The next day, he was the last guest to enter St. Paul’s Cathedral and took his seat at the front of the church for a service of thanksgiving in honor of the queen. At a star-studded concert in front of Buckingham Palace, he delivered the main tribute to the woman he addressed as “Your Majesty, Mummy.”

But on Thursday, the nation’s attention was firmly fixed on the queen, with the BBC switching to nonstop coverage of the monarch’s condition.

“It’s quite sad, really,” Kristian Ctylok, a 32-year-old London resident said. “I think half the country is probably expecting it because she’s been quite frail for a while. But, you know, I guess no one thought the day would come, really. So hopefully it’s not as bad as what it seems.”