Familiar face will leading Minnesota for four more years as they took their oath into office on Monday.

“Four years ago, I came here before you to share my vision of a justice and few economy and society in which all Minnesotans can afford their lives and live with dignity, safety and respect, Attorney General Keith Ellison shared.

While during their time speaking, some officials shared some of the items that have been a focus for the state over the past few years.

“In the last four years, we have also held those people who have manufactured and distributed opioids accountable because that crisis has caused a toll on Minnesota families, it’s sparked the fertility crisis which is revoking havoc and we will continue to be on the front line helping Minnesotans get the resources they need to be well and safe,” said Ellison. 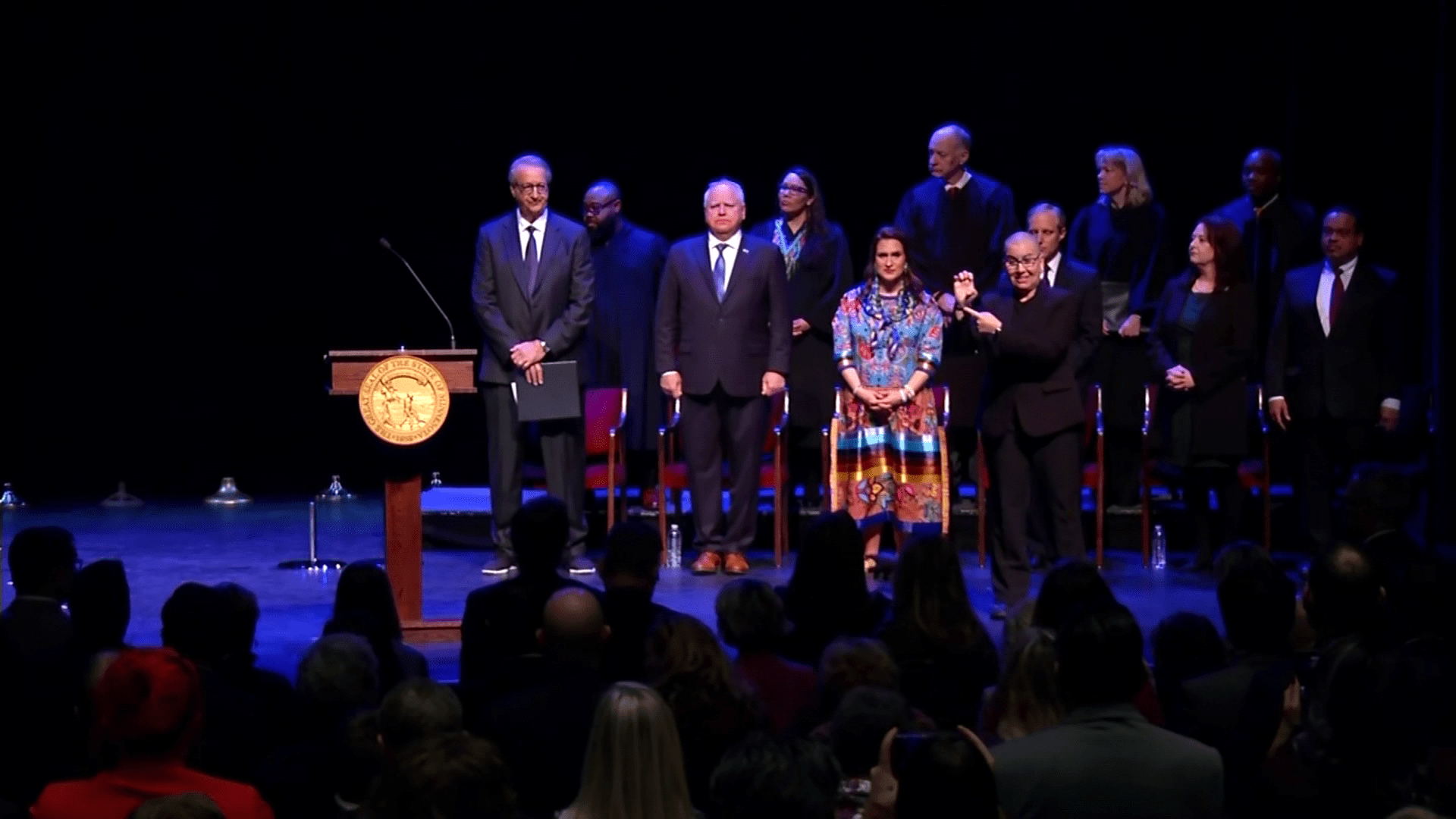 Along with that, making sure that our local communities know that they are not forgotten by state level officials.
“Advocating that the resources that we send to the local level keeps up with our growing need and inflations. That our local oversight goes as far as it needs to go so that we can protect the trust and ensure that we don’t lose resources to waste or abuse,” stated State Auditor Julie Blaha.

Looking back at the last four years, there are so many huddles that people had to go through, but on the other side were moments of growth. “Minnesota increase cash assistance for working families for the first time in 33 years with all that was going on with covid-19. We invested in capital projects led by and for communities of colored and native communities for the first time,” said Lieutenant Governor Peggy Flanagan.

Governor Tim Walz talked about weathering tough times and in the last four years and coming out stronger than before. “Minnesota was recently ranked among the very top states among in overall well-being. We achieved the lowest unemployment rate of any state in the history our country.”

As their terms in office starts today, looking ahead to how the next four years can be improved on off the past four years looks to be the goal moving forward.