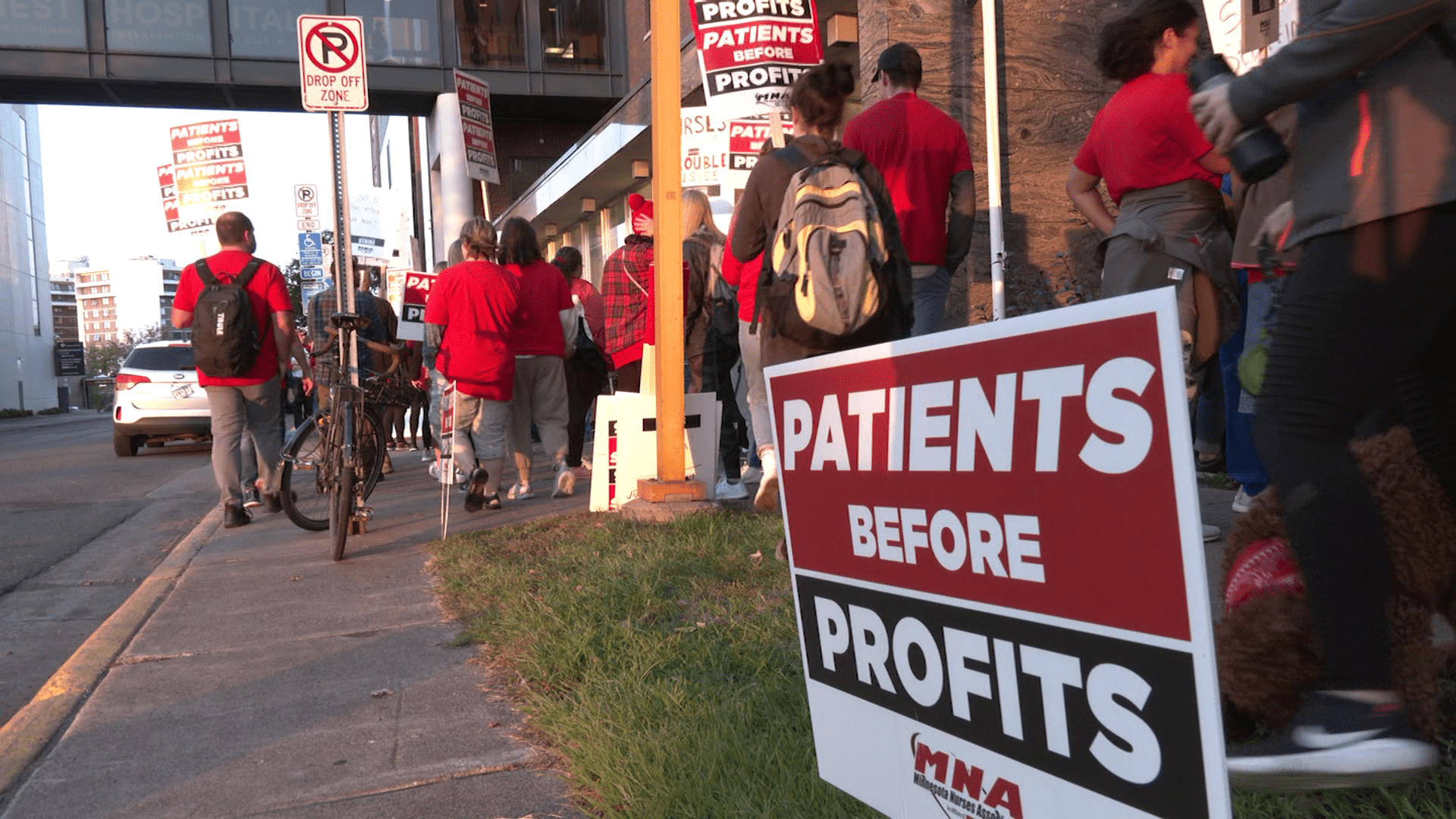 15,000 Minnesota nurses from the Twin Cities and Twin Ports are voting Wednesday, whether to authorize a second strike.

The vote comes after members from the Minnesota Nurses Association (MNA) walked off the job for three days back in Septmember. MNA says at this point, there has been little to no movement at the bargaining table since that first strike.

If two-thirds of union nurses vote in favor of a strike, pickets could begin 10 days later after notice is given to employers. Nurses have until 10:00pm Wednesday night to vote. MNA says they will announce any decision as soon as Thursday morning.

A strike would affect nurses at several major hospitals across the state, including Essentia Health-St. Mary’s and St. Luke’s hospitals in Duluth.

Nurses say they continue asking for better wages and a safer working environment. Union leaders say this is also about ensuring patient safety, adding hospitals can’t continue to operate the way they are currently.

“While MNA has agreed to allow a mediator to observe, we remain hopeful that MNA will allow the mediator to participate in the process. We believe having a mediator is the next best step toward reaching an agreement and avoiding a strike. We know our nurses want to be at the bedside doing what they do best: caring for patients.”

Essentia Health says it reached a tentative agreement with MNA nurses in Moose Lake Tuesday, and they will be back at the bargaining table Friday for nurses in Duluth and Superior.