Minnesota, Wisconsin, and Michigan’s Governors are coming together to accelerate the development of clean hydrogen.

Governors Tim Walz, Tony Evers, and Gretchen Whitmer have joined the Governors of Illinois, Indiana, Kentucky, and Ohio to announce the launch of the Midwest Hydrogen Coalition (M-H2 Coalition).

“The development of clean hydrogen markets will create jobs and strengthen industries across our state,” said Governor Walz. “I am proud to join a coalition that will work to expand the clean energy economy and reduce climate impacts on future generations across Minnesota and the U.S.”

“We don’t have to choose between clean energy and clean air and creating good-paying jobs and a strong economy—we can do both,” said Gov. Evers. “As we work to implement our state’s first-ever Clean Energy Plan, I’m proud to join this coalition of fellow Midwestern governors working together to accelerate clean hydrogen production, foster economic development, and lower costs, while reducing emissions across Wisconsin and our entire region.”

Minnesota Commerce Deputy Commissioner of Energy Resources Kevin Lee says that the coalition will entail information sharing and identifying what hydrogen market development will look like. 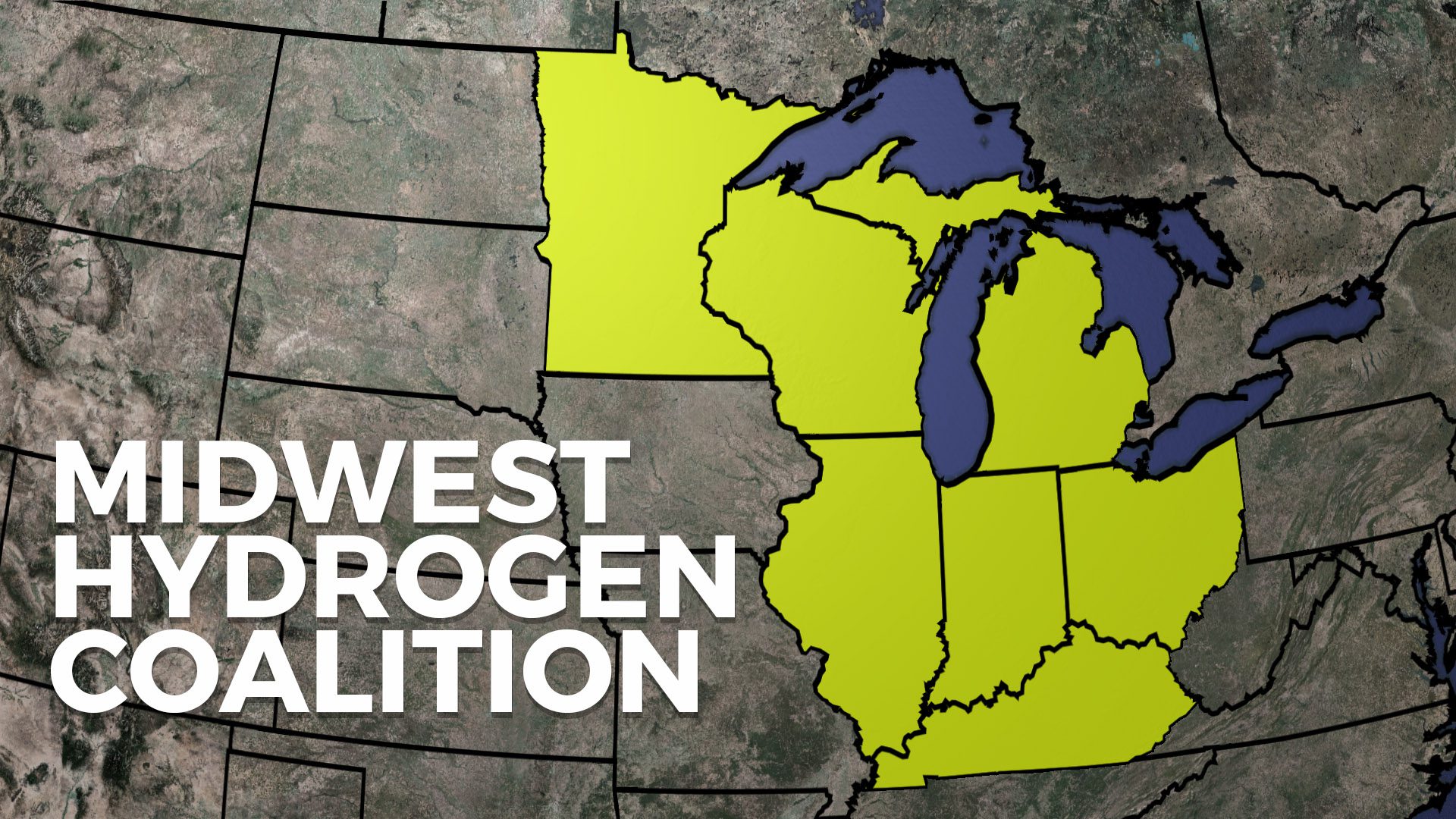 “It’s about making sure that there are no regulatory barriers to that development, making sure that our investments and our incentives are aligned across state lines so that the market that gets developed over all is a coherent whole rather than this patchwork of different state efforts,” said Lee.

Hydrogen is a colorless and odorless gas that can be used as a clean fuel source, releasing only water as a byproduct when used in a fuel cell. When produced in a way that emits little to no greenhouse gasses, the fuel is referred to as “clean hydrogen.” Forming the coalition is the first step towards using clean hydrogen as energy.

“It’s going to kick off a lot of information sharing and the creation of workgroups over the next month or so, and that will likely continue for probably the next 4 to 5 years because, you know, we’re really talking about creating this new market from scratch,” said Lee.

Hydrogen has the potential to be a key component of decarbonizing multiple sectors of the economy.

According to the Coalition, benefits of developing clean hydrogen include:

Manufacturing is one of the areas that could see more clean hydrogen used in the next few years.

“We have manufacturing in Michigan that relies on steel that we mined here in Minnesota, and hydrogen can play a role in reducing how much carbon is in that supply chain from from the mine to the manufacturing facility,” explained Lee. “So that’s what we’re really trying to do, is to look at those things that are essential to our economies and try to find those places where hydrogen can help make those cleaner.”

Our food system is another area that could be impacted.

“Right now, that is a system that is based on natural gas, and what gets us really excited is that we have very abundant renewable resources in this state,” said Lee. “We’re excited about the potential for using that homegrown clean energy to replace that natural gas that is subject to global price swings that are dependent on global events.”

There could also be opportunities to sell hydrogen to other countries.

“I met with a delegation from Germany who is really struggling with their supplies of natural gas because they rely on Russia for their natural gas. So they are signing agreements with countries all over the world to supply them with hydrogen,” said Lee. “I think it’s pretty notable that we have, you know, abundant energy resources here. We have the potential to create hydrogen. They see us as a potential trade partner for hydrogen. We talk about economic opportunities, I think it’s it’s important to mention that potential there.”

The M-H2 Coalition will be able to leverage existing infrastructure and develop partnerships with commercial, university, research, and nonprofit organizations to fund and develop solutions for a robust market for clean hydrogen.