The northern tier of the Minnesota Warriors sure make the most of their ice time at Mars Arena.

But they travel all over during the season. “We play hockey, this great sport we all love in Minnesota, and we get to go to places like New Jersey, Texas, St. Louis and Chicago, and play against other veterans across the country,” shared Jeff Dwyer, one of the players. “We never feel lost. We always have a home.”

They are united by more than their red and black team colors. It’s also about commitment to country.

“I was in the United States Navy for six years, plus some reserve time,” John Paulick told us.

After serving three tours in the Pacific, he came back to Duluth, and worked for the parks department. Now, he likes playing left wing for the Warriors. He’s also one of original players of the team. He loves the game, and the guys. 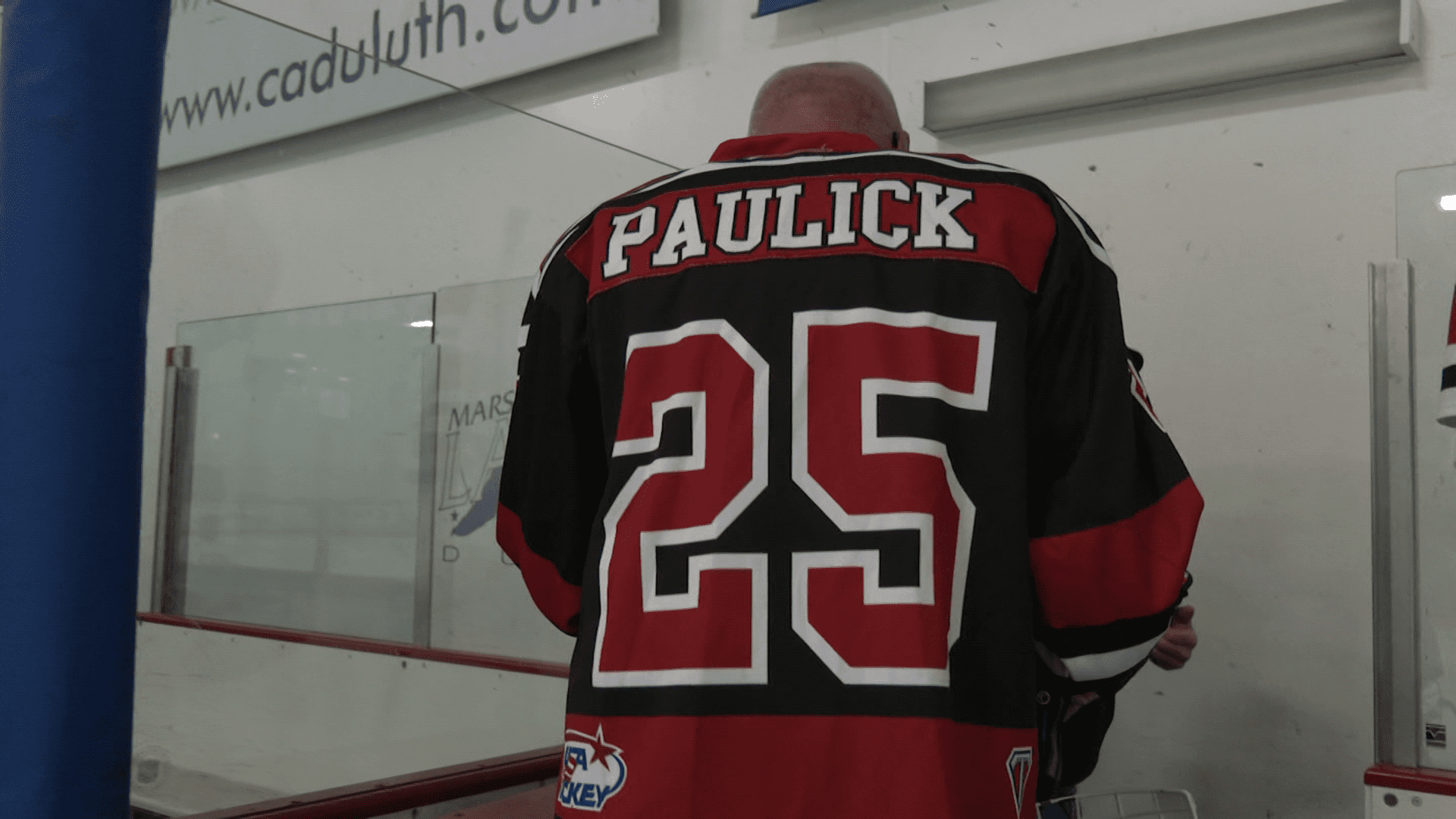 “Everybody has a story. And I like to get to know each and every one of the players, and listen to them. Build friendships,” Paulick said.

At 72-years-old, he’s also the oldest Warrior. But he doesn’t plan on stopping anytime soon. He wants to play as long as the legendary Mark Sertich. “Growing old is not for sissies,” he added.

He keeps the rest of them from dwelling on their aches and pains. “He’s our own inspiration. Guys say I’m done, I can’t do it anymore. Then we say, look at John. What would John do. John hasn’t quit,” added Dwyer.

The Minnesota Warriors started over a decade ago in the Twin Cities area. And it now includes this northern tier team. They hope to expand to the Range, too.

Warriors are provided the gear they need. And more importantly, a chance to grow their game with guys who become like family.

The Minnesota Warriors will be playing at Amsoil at 1:30pm on Veterans Day. They will also be recognized during the UMD Bulldog game that night.